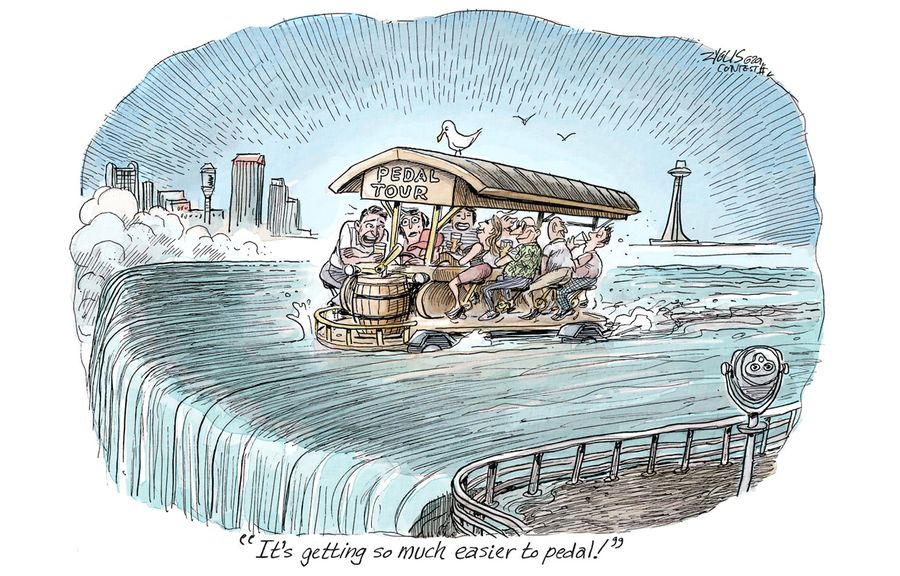 We kept with our summer water theme for August, and the captions kept flowing in. The final tally surged close to 800 entries this month. While it falls short of the response from July’s contest (sure to be a high-water mark), I remained quite impressed with the readers’ wit and creativity.

The most popular caption this time around was “Last call,” which was submitted by 14 different readers. Considering the volume of captions we receive, originality and unique execution can often be key factors in making the cut.

And the winners for August are …

“It's getting so much easier to pedal!” — James Stoffel, Lancaster

“I wonder why the Groupon was so cheap.” — Keith Lennard, West Seneca

“I’ll have mine on the rocks.” — Jim Prosser, Clarence

“Get to know the new Buffalo they said – it’ll be fun they said.” — Tom Stillwell, Amherst

“So much for going with the flow.” — James Sienkiewicz, Depew

“Did you guys bring your passports?” — Cassandra Grzankowski, Scottsdale, Ariz.

"Harry, is that your stomach I hear rumbling?" — Bill Thompson, Blasdell

"Who has the wings?" — Dick Krentz, Orchard Park