Dan Wiedenhaupt has loved writing since he was a child growing up in East Aurora. As a kid, he would dictate his stories to his mother who would type them up and then give them to him to illustrate.

It’s a sweet memory he had forgotten until his mother dug those stories out of the basement. He had just sold his first script and she wanted to remind him that he had been a writer his entire life. “I had honestly forgotten about this completely until she showed me,” Wiedenhaupt said about his early stories. “My parents have always been incredibly supportive of my dreams, no matter how crazy they seemed.”

That script, originally called “The Solutrean,” is now making its big-screen debut nationwide as the feature film “Alpha.”

“It’s an incredibly surreal experience. The reviews are coming in … I can’t describe how happy I am,” Wiedenhaupt said on the phone from Los Angeles where he was awaiting the arrival of friends and family members for a private screening of the movie.

He has every right to be happy about “Alpha,” directed by acclaimed filmmaker Albert Hughes. Variety calls the story about a boy and his wolf set 20,000 years ago “a spectacular prehistoric eye-candy survival yarn, enthralling in a square and slightly stolid way.” The Hollywood Reporter writes “Enjoyably old-fashioned in its narrative but crisply modern in technique, it is engaging enough even for those of us with no soft spot for pets.” 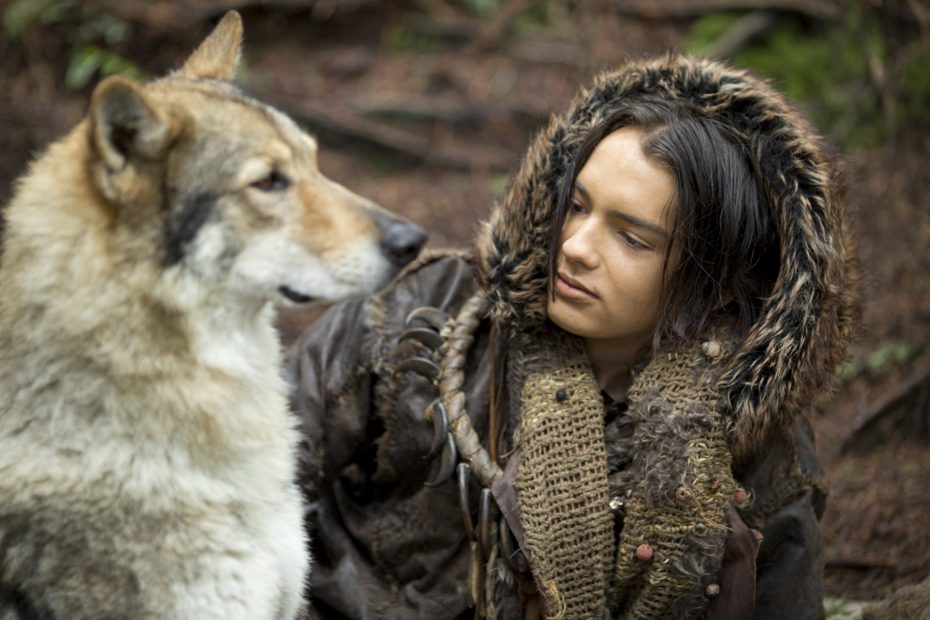 Wiedenhaupt long had dreams of being a screenwriter but knew it would be a difficult road. “In my head I said I would learn to be a great producer and then maybe one day I could write a screenplay.” He wasn’t too far off on how it happened.

He was born in New Jersey but considers Buffalo his home. His parents, Kurt and Lisa, still live in the East Aurora home they moved into when Dan was 4. At Elmwood Franklin Elementary School he met his lifelong friend Mac Cappuccino and the two told stories together. It's fitting that they now both work in the film business – Cappuccino's credits include directing the Buffalo-made film “Malaisia.”

“Twenty-six years ago we were running around our backyards, making up imaginary stories," he said about Cappuccino. "Now here we are and doing it for real. Life is funny and beautiful in that way.”

At Nichols School, he drew inspiration from the English Department (“they taught me to write”) and performing theater where he discovered his love of storytelling (“Until then, writing was something I did for fun. The theater program opened my eyes to what I wanted to be.”)

After graduating from the University of Chicago, he moved to Los Angeles for a job as an assistant to a film and commercial producer at Atlas Entertainment. He started in the independent film division on movies including “Revenge for Jolly!” (starring Oscar Isaac) and “Open Grave” (with Sharlto Copely) as well as more than 60 ads and music videos.

“That was my film school, that’s how I learned the ropes,” Wiedenhaupt said.

Then he met Hughes, half of the Hughes Brothers who are known for such visionary films as “From Hell” and “Menace II Society.” The filmmaker was impressed with work Wiedenhaupt did on editing his script and he shared a story idea he had been researching for a decade.

“I loved that it was about something we haven’t seen before,” Wiedenhaupt said, describing a story about the origin of the domesticated dog told through the lens of a survival tale in the last Ice Age. “I was 24 when he was pitching me this idea. I was coming into my own and trying to survive in a brutal landscape that is Hollywood, so it was true to me. It sparked something within me. I was very eager to prove myself. I saw that this was my opportunity.”

He worked at Atlas by day and on the script at night and weekends, skyping ideas with Hughes. They worked for about a year, deep in research with such authorities as Jill Cook at the British Museum.

Once filming finally started, Hughes invited Wiedenhaupt to the set for the first week.

“That was one of the happiest moments of my life being able to go on set for my first film. There’s no feeling like it. The last few times I was on set I was the assistant getting coffee for people and setting up chairs. This time there was a chair with my name on it,” he said.

Since "Alpha," Wiedenhaupt, 30, has kept busy writing, recently adapting a German thriller called “Who Am I” for Warner Brothers and the Isaac Asimov story “End of Eternity” for producer Joel Silver. “Who knows if anything will get made,” he said. “But I’m constantly working. I’ve been very lucky.”

Wiedenhaupt returns home a few times a year including the day before Thanksgiving so he can go out with his friends and at Christmas to enjoy winter in Buffalo. He has his favorite stops: Gabriel’s Gate for wings and Jim’s Steak Out for a chicken finger sub. But the first thing he always does: has some of his mom’s homemade gnocchi.

“I’ve kept strong emotional ties to Buffalo even though I haven’t lived here in 12 years. I have an amazing core group of friends I grew up there. Without a doubt Buffalo made me into the person I am today. The city crafts very special people – there’s a certain amount of heart and thick skin – that special combination has done me a huge service in term of navigating my life."

He shares a dream with his good friend Cappuccino: to make a movie together in Buffalo.

“We’ve dreamed of making a film together in Buffalo. Dan would ideally do all of the work and I would just hang out on set and eat steak sandwiches. If we can’t have that I guess I would direct. It would be something really wonderful. The two of us being able to make something in a town that means so much to us," Cappuccino said.

"And not just a movie shot in Buffalo, but set in Buffalo," Wiedenhaupt said. "It is a city that gets so aligned and it is such an incredible place with a rich landscape. There is no other place like it."