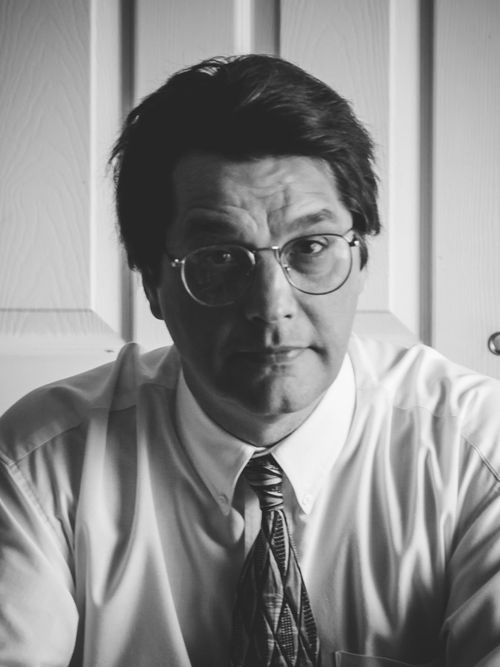 Professionally, Jon R Hand did much of his work behind a camera. In making himself less visible, he encouraged his subjects to fill the frame.

"People would forget that he was there," said his wife, Cynthia Hand. "He somehow became invisible, so people let down their guard, whether it was a person in Hospice, an artist or a wedding couple, and he could capture who they were. And then in the process of editing and pulling together a cohesive story, he put himself into it, just by his choices and how he worked."

Mr. Hand spent his last day working, making an emotional end-of-life documentary for a person in Hospice care. The intensity of the work usually meant that he needed to take a nap to decompress after he returned home, his wife said.

Jon Steven Ronczka Hand died in his sleep in his Amherst home on Friday, Aug. 10. He was 66.

"He was a beautiful man, and he will be greatly missed," said Cynthia Hand, who has been overwhelmed by the outpouring of support from her husband's many friends, colleagues, students and admirers. "People talked about him changing their life direction as a teacher and a mentor," she said.

He was generous with his time, she said. "He would have incredible intellectual discussions with people, sometimes for hours. Professional photographers would come over and ask for his help. He was great at fixing a photograph, enhancing it or tweaking it, and he would also talk about how to better frame an image, or work on composition."

Mr. Hand was born in Scranton, Pa., the younger son of Joseph Paul Ronczka Hand and Helen Mary Dolezuchowicz Hand, both Polish immigrants. His father worked in a meat packing plant and, when Mr. Hand was small, moved the family to Dumont, N.J. His parents died when Mr. Hand was a teenager; his older brother, Joseph, died as a young man.

Mr. Hand was educated in Dumont, N.J., then studied in the New York School of Visual Arts. He started making films in 1971 when he was 19. He was a teaching assistant in art history, cinema and Italian and Hispanic languages at SUNY Albany, where he graduated in 1978 with a bachelor's degree in art history with a studio art concentration.

In Albany, he and printmaking student Cynthia Pletts "met in the slide library and fell in love," said his wife. They married on Aug. 23, 1980. The couple moved to Buffalo, where he studied for his graduate degree in film and video production at the Center for Media Studies at the University at Buffalo. He worked as a graduate teaching assistant and a visiting lecturer at the Center for Media Arts and was assistant director of its summer school in 1984. 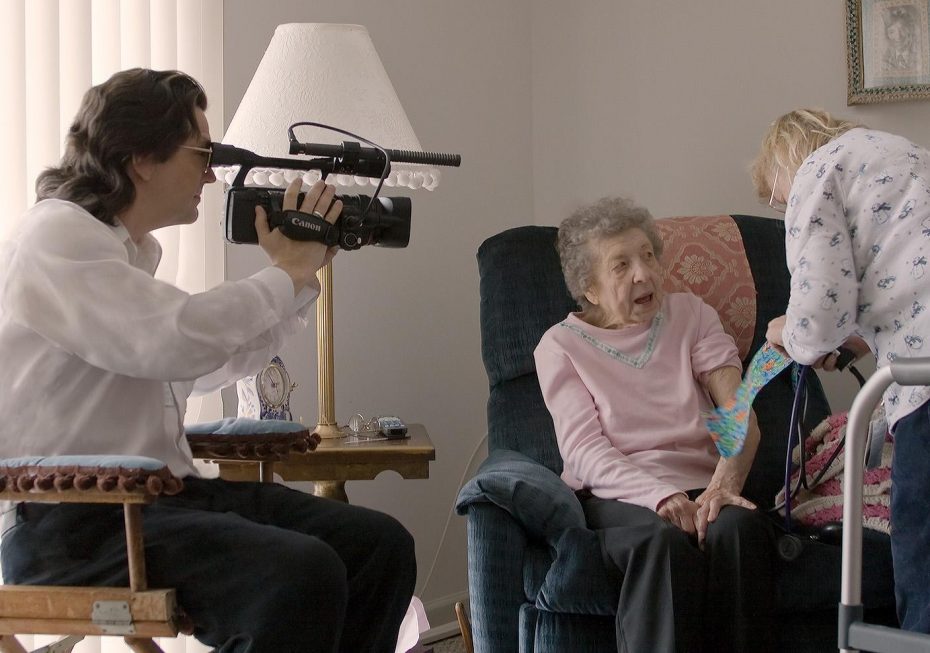 Mr. Hand also worked as an instructor in the Department of Microcomputer Education in UB's School of Business Management starting in 1998.

The Hands had two sons, Anton Nikolai and Andrei Gabriel.

In 1984, Mr. Hand established his own videography and film business, Anton Video Film, named after the couple's first son. He did commercial work, including weddings, and made many films for non-profit organizations.

Between 1991 and 1996, Mr. Hand operated the Environmental Video Workshop, producing 11 educational videos about municipal solid waste and recycling. The films were distributed in eight countries and shown in more than 800 schools and colleges.

Paul Hogan, executive vice president of the John R. Oishei Foundation and a published poet, met Mr. Hand more than a decade ago, and the two became close friends. Through the years, they worked on some collaborations of Hogan's poetry, Mr. Hand's videos and Cynthia Hand's paintings.

"He had a hell of a sense of humor, and he liked to instigate, grin, and he was always looking to poke somebody about something," said Hogan. "He was a great presence, definitely a rare person, and he did beautiful work."

Through the years, Mr. Hand worked for many nonprofits. "He was a missionary on some level," said Hogan. "The money was not the point, the point was to get the word out and help the organizations and do what he could. His heart was in doing the work for local organizations, and there is a long list of those."

Hogan said Mr. Hand gave freely of his time and talent for nonprofits. "He never charged what he could have and he always did a lot more work than they could ever pay him for," he said. "He was always dedicated to doing the best he possibly could."

Mr. Hand is probably best known for his work for Hospice Buffalo, where he filmed both personal end-of-life documentaries and a film titled "Graceful Passages: The Hospice Journals."

"He was doing some incredible work out there," said Hogan.

Mr. Hand also filmed and edited dozens of archival profiles of significant local artists for the Buffalo Society of Artists. In them, the artists work on camera and talk candidly about their lives and work.

Mr. Hand was active on Facebook, with nearly 800 friends, many of whom posted their shock and grief at his unexpected passing. His last post, on the morning of Aug. 10, was this quote from Stanley Kubrick: "There is far too much focus on understanding — on being understood. The defining characteristics of those things — books, films, paintings, pieces of music — that I consider to be art were not things I understood, but things I felt, and felt very deeply. I was left — happily, I might add — altered and confused and amazed. I felt enthusiastic about what I had seen and what I now faced. I don't trust those who need to understand things. There is artistry and joy in not knowing. Feel more. That was what I meant to say."

Mr. Hand is survived by his wife, sons and a "huge community of friends that are our chosen family," said Cynthia Hand.

A remembrance service is planned for 10 to 11 a.m. Saturday, Aug. 18 in The Center for Hospice & Palliative Care’s Education Center, 225 Como Park Boulevard, Cheektowaga. A social hour will follow the service. The family has requested gifts in his memory to Hospice Buffalo.

"He leaves a lot behind, and I think it's going to take a long time to go through all the work he left behind," said Hogan. "I'm sure we are going to be seeing a lot of his work presented in shows."