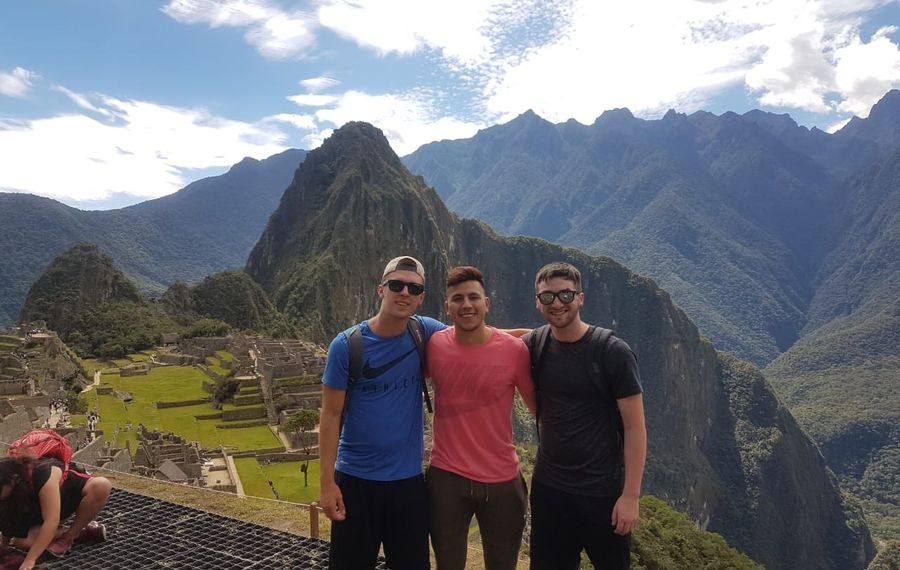 Connor Lynskey and Manuel Zevallos became close friends over the past year at Siena College, despite wildly different points of origin. Connor was from Hinckley, a tiny Oneida County hamlet with a population of not quite 300. Zevallos is from Lima, capital of Peru.

Introduced by a resident adviser in their dorm, Lynskey immediately showed a fascinated Zevallos how to play catch with an American football. Zevallos loved the sport. They forged a bond during fierce one-on-one games of pickup football, the winner always capturing a $5 bet, while another friend, Tommy Heslin, served as official quarterback.

"I gave him a lot of my money," Zevallos said. Before long, every morning, he and Lynskey ate breakfast together before going to class.

One day, Zevallos stayed in his room. When Lynskey knocked, Zevallos gently sent him away. That afternoon, Lynskey insisted on knowing what was wrong. It turned out Zevallos learned his grandmother had died in Peru. He could not go home for the funeral. He was overwhelmed with homesickness. He felt alone.

“Come on,” Lynskey said. “We’re going to the grotto.” It is a place of reflection at Siena, modeled after a famous Catholic shrine in France. The two young men went there and prayed. Somehow, Zevallos felt the presence of his grandmother. He was stunned that his American friend, still a teenager, had the depth of understanding to ease his pain.

His friend died early Saturday, lost in a way that seems incomprehensible to those who loved him. Lynskey, 18, embraced country music; indeed, thanks to him, Zevallos laughs about being one of the biggest country fans in Peru. With some friends, Lynskey attended Friday's Jason Aldean concert at Darien Lake. After the show, they walked along Sumner Road toward the Darien campgrounds.

Lynskey ran ahead in the darkness to catch a friend, according to Genesee County Sheriff's Office investigators. They say Jennifer Serrano, 48, a driver initially arrested later that morning on a separate driving while intoxicated charge, struck him with her vehicle, fled the scene and left him lying in a ditch. His friends, frightened when he did not return to the camp, called for help. 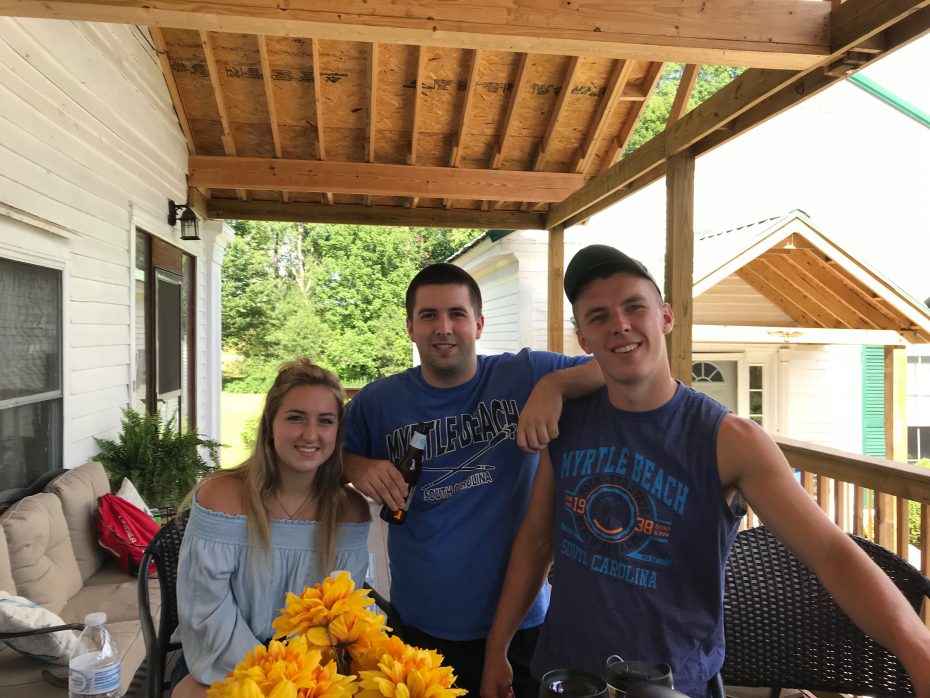 Connor Lynskey (right) with his sister Meghan and brother, Mike Jr., who is studying to become a doctor, which was also Connor's dream. (Family image)

“This is one that just should not happen,” said Orhan McMillan, “Uncle Orhan” to Lynskey, a close family friend who will deliver the eulogy at Thursday’s funeral. He described Lynskey as “one of those souls who comes in the shape of a kid who understood.”

At Holland Patent High School, where Lynskey graduated in 2017, he was class president all four years, a standout athlete who was captain of the soccer team. As a sophomore at Siena, he had already been accepted into the medical program at SUNY Upstate in Syracuse.

Those who knew Lynskey best say even those achievements do not fully capture who he was, the way he seemed to elevate the warmth in any room he entered.

“Our miracle child,” said his father, Michael Lynskey Sr. After their first child, Michael Jr., was born, the doctors told them they probably would be unable to have more biological children. The prediction was wrong. Michael Sr.  remembers the joy and disbelief when his wife Donna learned she was pregnant with Connor. Another child, Meghan, their youngest, soon would follow.

“People loved him,” said the father, of his younger son.

The older brother is a third-year medical student at SUNY Upstate. Like him, Connor wanted to be a physician. He explained his reasoning on his admissions essay for Siena. He felt a deep protective loyalty to Meghan, who suffered from complications linked to diabetes. He wrote of how her exact condition was not correctly identified until the family drove to Syracuse, more than an hour away.

There is a need, he wrote, for better health care in his rural area. In the essay, he described how he and Meghan climbed a hidden trail to a hilltop above Hinckley, how it gave them a sweeping view of the community. Meghan’s experience, he wrote, transformed the way he perceived his hometown.

“I now see it,” Lynskey wrote, “as the future backdrop for my first practice.”

At 18, he was already thinking about how to elevate his community, where his parents are part-owners of a restaurant, the Delta Lake Inn in Rome, N.Y. Lynskey grew up doing anything that was needed. He waited tables. He washed dishes. He swept the floor and cut the grass.

Most important, he showed genuine curiosity about every customer who walked through the door.

“People were always telling us what a great guy he was,” said his father, who spoke with passion of his son until it became too much, and then asked his brother Don to carry on the conversation.

"We are so heartbroken," Don said. "Words cannot even begin to describe the pain."

Last month, Don joined Connor and two of his cousins - Greg Lynskey and Nicholas Jamrosz  - in entering Utica’s famed Boilermaker Run, on a 10-mile course. It was the first time Connor ran that race as an adult. While everyone started together, Connor and Greg soon blazed ahead, finishing within seconds of each other before they all reassembled at the end.

There was a sense of communal achievement, a quality Lynskey, even as a teenager, often inspired in those around him. It reinforces what seems most unbearable, Don said, “the way he got off to such a great start, and we don’t get to see what he would have become because someone decided to pick up that bottle, and drink and drive.” 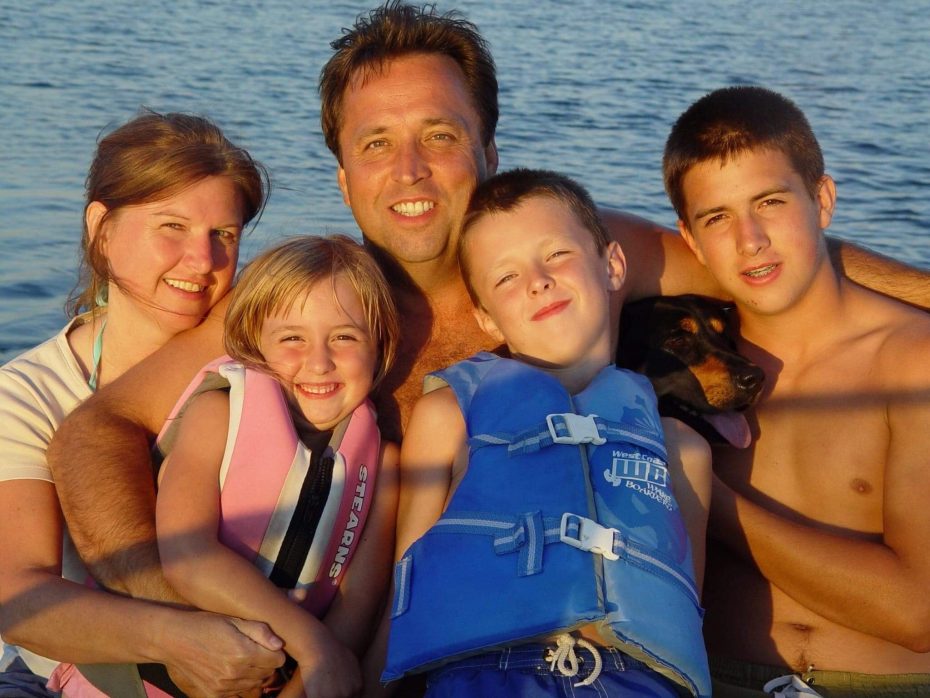 Monday night, Don traveled through torrential rain to pick up a tired Zevallos at the Albany airport. Speaking by mobile phone as he rode with Don back to Hinckley, Zevallos described the depth of his friendship with Lynskey, how they intended to be roommates for as long as they stayed together in college.

Zevallos said it was his new friend who made it easier for him to adjust to a new culture. It was Lynskey who often provided gentle and logical advice, despite being two years younger. Zevallos was grateful. Earlier this summer, he found a way to return the favor.

Lynskey accepted his friend's invitation to visit Peru. It was the first time he had left North America, and his family said it had a deep and noticeable impact. “Everything is waiting for you here,” Zevallos told Lynskey and Tommy Heslin, who also made the trip.

In the highlight of their stay, they traveled to Machu Picchu, the 15th century Inca citadel in the Andes Mountains, where the last part of the journey involved a steep climb.

From the highest point they could reach, a stunned Lynskey turned to Zevallos and said, “This is the most beautiful thing I’ve ever seen.”

At 18, after such a touch of wonder, he was already talking about going back next summer. 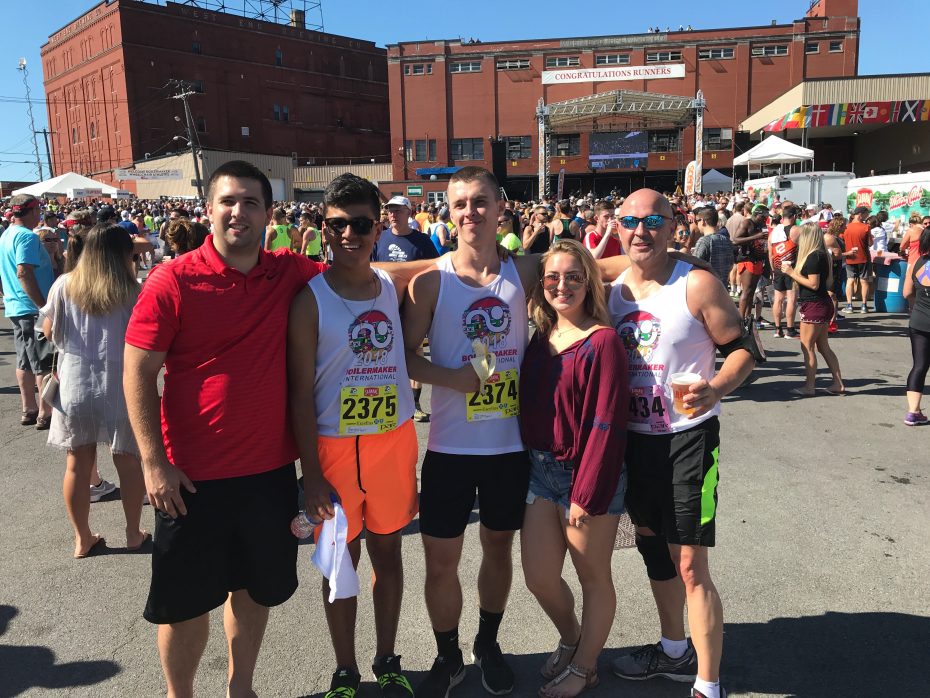 That door is now closed, which becomes the challenge for Orhan McMillan in writing the eulogy. McMillan and his husband, Paul Keesler, are close, longtime friends of the Lynskeys. The family has already set up a scholarship in Connor's honor at Holland Patent to help other students who dream of studying medicine.

McMillan often spent Christmases with the family. He knew the three Lynskey children as little kids, and he routinely joined them in shouting out the lyrics to Alan Jackson or George Strait songs as they took casual rides on two-lane roads in Oneida County.

“You cannot make sense of this at any level,” McMillan said. At the same time, this was a teen who was a gift to everyone he ever met, a teen who made a significant difference in many lives. The impossible task for McMillan is to wrap so much love and loss and unbearable potential into a message both of farewell, and a means of going on.

Then again, as he often did, Connor Lynskey showed the way.

Only 18, he understood. Sometimes we need to find a grotto.