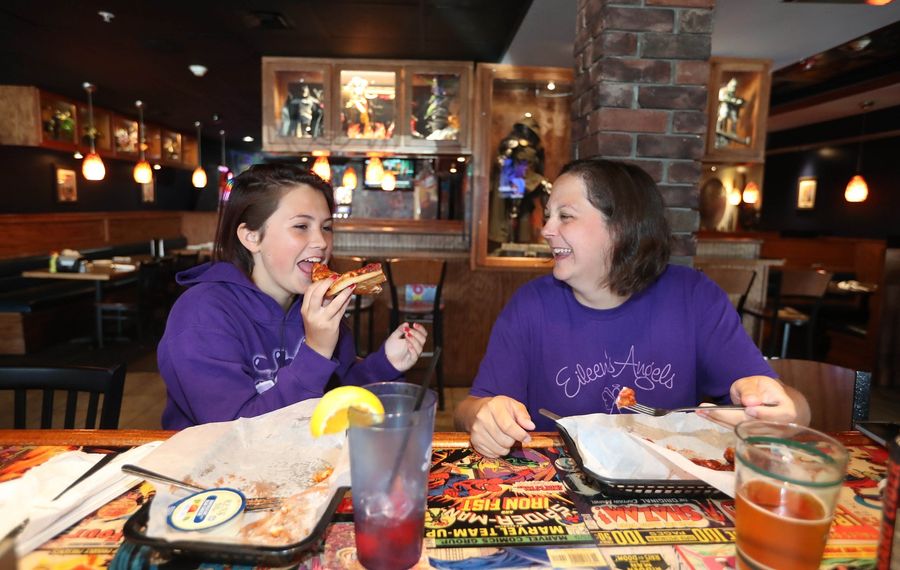 That is not because of the food, although the food is fine. What makes the Comic Book Cafe so beloved is the scenery -- inside and out.

When you drive up, you’ll spot Spider-Man on the roof, as well as a wall of comic art. Enter, and you are greeted with life-size statues of nearly every Marvel and DC comics character worth noting: Thor, Hulk, Superman, Batman, the Flash.

Comics are, quite literally, everywhere. While there are the usual accouterments of a restaurant and bar, there is no escaping the masked-hero theme.

Best of all, in the eyes of my 8-year-old, was the presence of a comic book shop featuring toys, memorabilia and comics. It’s an interesting mix of Marvel and DC fare, as well as "Star Wars" and a few others. 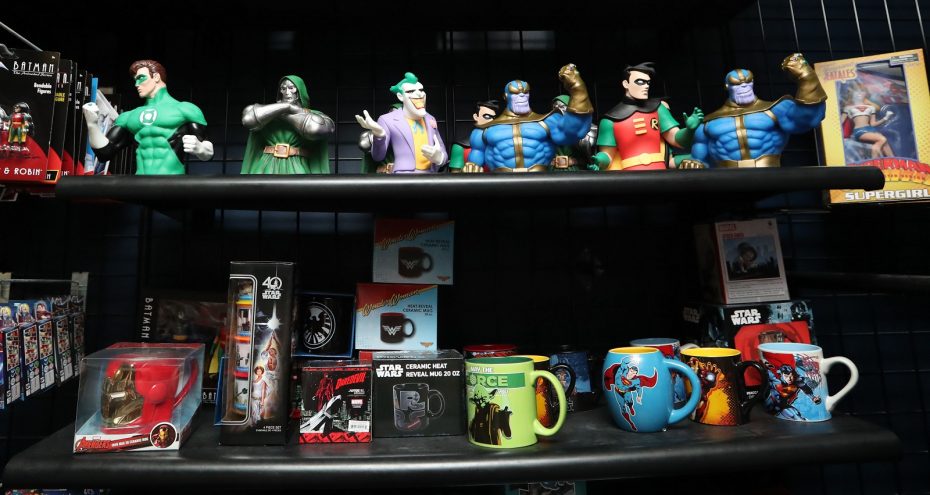 The restaurant has a comic book store and many other collectibles including life-size superheroes statues, all which are for sale.(Sharon Cantillon/Buffalo News)

During our visit on a weekday afternoon, we were seated at a booth directly across from said shop, and that was a good thing. It certainly made for easy browsing.

We were brought to our seat with a regular menu for me, and a kids menu (and some crayons) for my son. All of the kids items were less than $10, and while it was the usual suspects, his choice was clear: two slices of pizza and a drink.

I was in dire need of hot sauce, so I ordered chicken fingers and fries ($12 for five, $19 for 10). Were it not 11:15 a.m. on a Wednesday, I would have gone with a beer -- and I would have been very satisfied with my options. The Comic Book Cafe beer list is tremendous -- I quickly noted the presence of some my local favorites on draft, like Resurgence and Hamburg Brewing Company -- and the prices are not bad.

Domestic and Canadian beers hover around $4.50 or $6.50 depending on size, while craft brews are $6 or $8. (The entire beer list can be found on the restaurant’s Facebook page.) 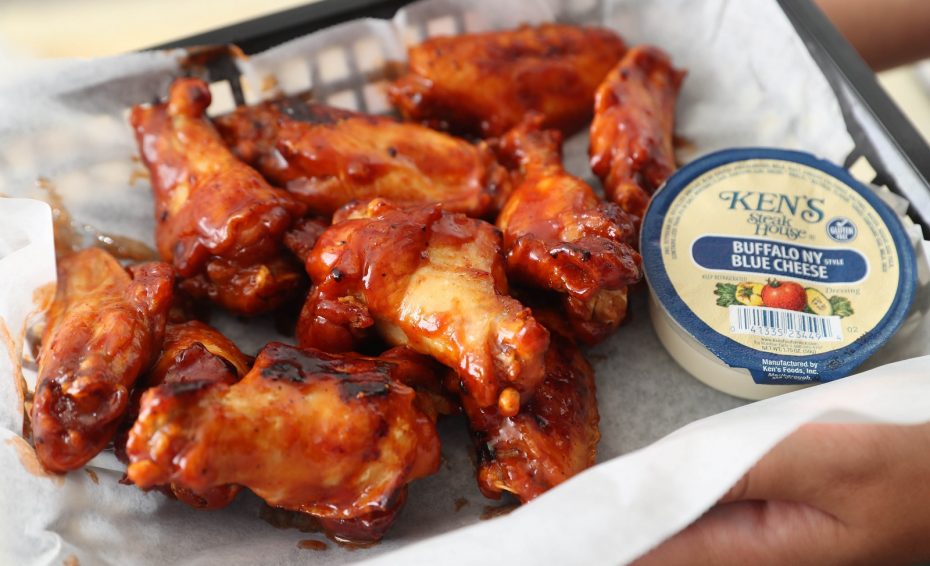 While our food choices were highly unadventurous, there are some (slightly) more unique picks available. A friend, who finds the Cafe to be perfect for “alleged grownups” like himself, highly recommends the Old World-Style Pizza (featuring imported olive oil, old-world pepperoni, and lots of oregano and garlic).

If you are uninterested in the gourmet styles, there are plenty of pizza and wing specials, starting at $20.99 for a medium pie and ten wings. Also noteworthy are a number of lunch specials under $10, including two slices of cheese and pepperoni and a drink for $6.49.

There is, in fact, plenty on the menu for less than $10, including most of the appetizers, many of the hoagies, and some smaller salads. 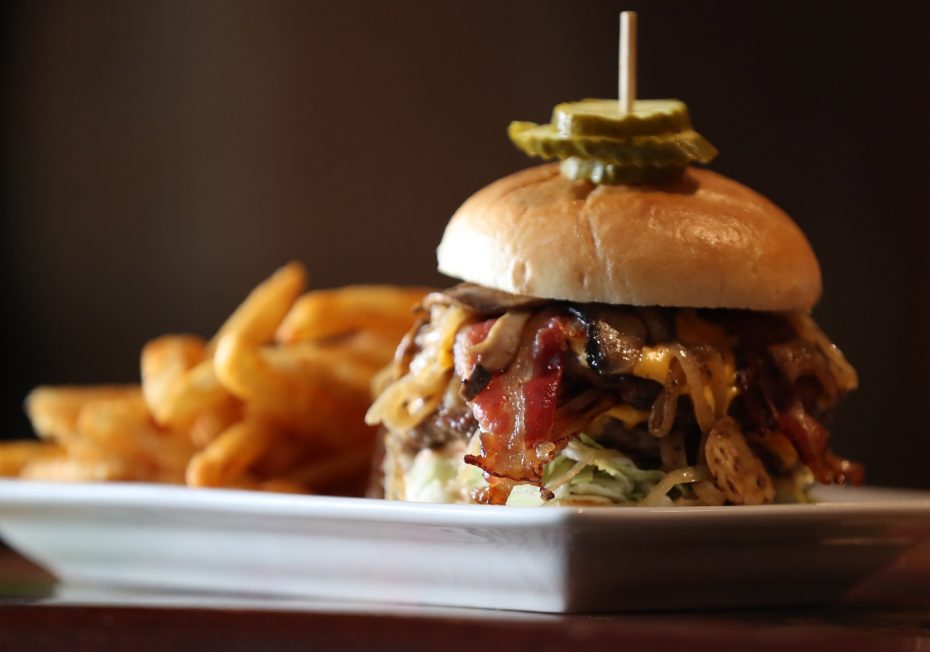 What truly made my son’s day, however, had nothing to do with food. It was a very clever kids menu toy add-on: With the purchase of a kids meal and an additional $4, kiddos can get a random mini figure toy. It is worth noting that these are not official Lego products.

My son received a figure clearly modeled after the Flash, but with a shield that read “THE FSALH.” Hey, close enough. It was a nice treat, and kept us from coveting a more expensive item in the comic shop.

With inspired design, plenty of inexpensive options, and some neat surprises, the conveniently located Say Cheese Pizza Co./The Comic Book Cafe is a winner. I’d like to think the Flash, and the Fsalh, would both leave satisfied.

Gluten-free and dairy-free options: A veggie pizza and a number of salads are available. 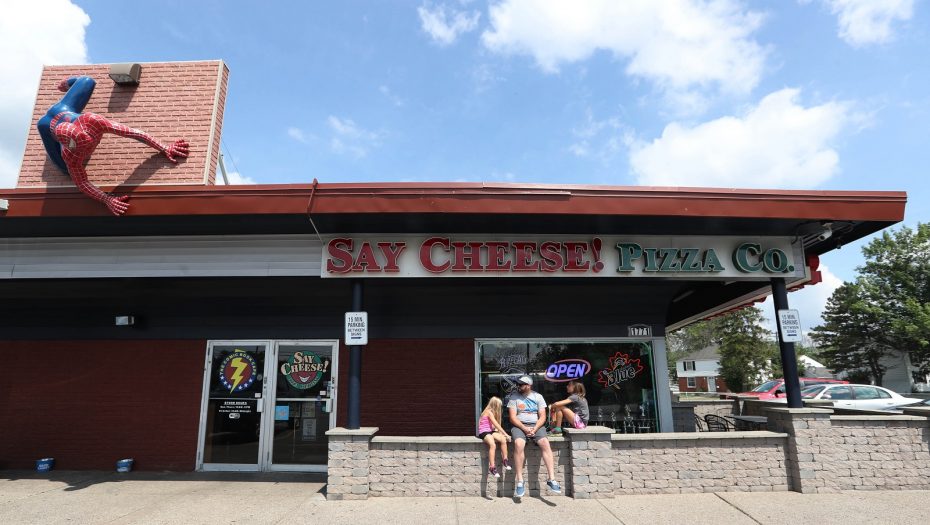