His first political comeback came at an opportune time: the summer and fall of 2007.

Erie County government had just been crushed by a financial crisis. Taxpayers, annoyed by another sales tax increase, were looking for a new county executive.

Christopher Carl Collins, who had made a fortune acquiring distressed companies and turning them around, convinced voters they needed someone who would run the government "like a business."

This time, he would make no election-night concession speech, like he did in 1998 when he ran for a congressional seat. Collins in 2007 took 63 percent of the vote against James Keane, a career politician from South Buffalo.

Then, once in office, the Republican shook county government like it was a snow globe.

The CEO displayed no patience for anyone in his way. He cut aid to cultural groups, the library system and the community college. He squeezed the public-employee unions. He went to court for a property tax increase because the Legislature moved a revenue line from one page of his budget to another.

His team cut daycare dollars for working-poor moms, squeezed nonunion appointees for campaign cash and laid off workers even when county accounts were flush with cash.

He also donated most of his county executive's salary to charity for a year and a half, got the county's state-appointed control board to ratchet back its oversight of county finances and oversaw the inoculation of some 10,000 people against Hepatitis A when the county Health Department learned a supermarket employee was infected.

Throughout, people saw him as chilly, even mean. "I don't think I've ever seen a picture of him smiling, even in his own ads," a University at Buffalo political science professor, Jim Campbell, said at the time.

When he ran for the office, Collins had vowed to step away from his myriad business interests and pour himself solely into the job of Erie County executive. But Collins, an Eagle Scout at 13 and a corporate manager by 27, always kept his wide-eyed energy for business and money.

In 2008, the year he took office, he drew together fellow U.S. investors in a biotechnology company for which he served on the board of directors. He invited them to brunch at the Brookfield Country Club to tell them the company was entering a critical time. He asked them to invest even more. 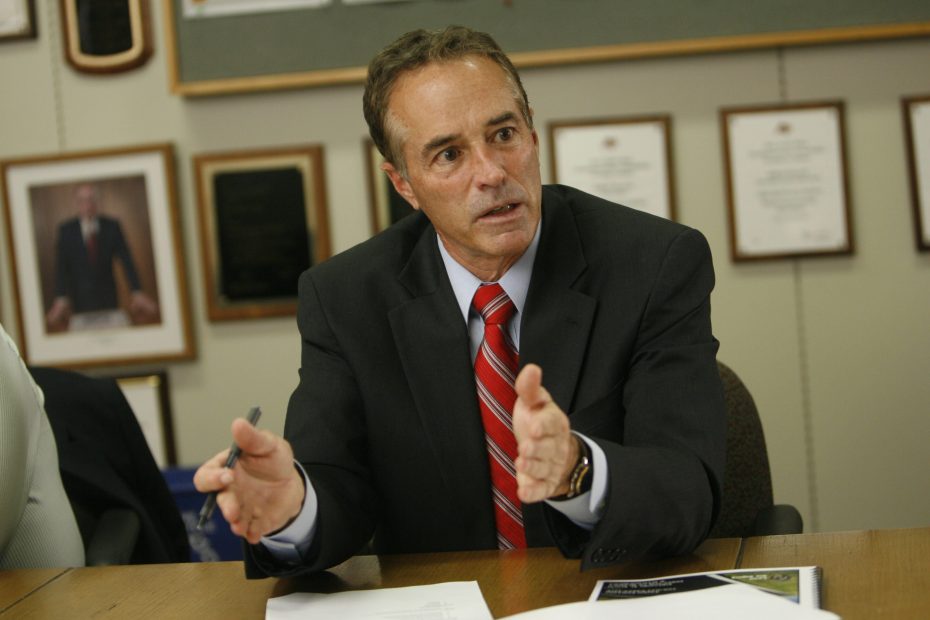 The county executive, who was supposed to have his mind on county budgets and county services, was also intent on buttressing the biotech known as Virionyx. Collins and an aide later explained that while Collins promised to step away from his companies, he didn't mean Virionyx. "They invested because of my confidence in the science," Collins said then.

Virionyx was the forerunner to a company that this week became well-known around the world: Innate Immunotherapeutics.

Nearly a decade later, after Collins' political career took a dive and then recovered nicely, Innate's centerpiece product — a drug to combat multiple sclerosis — failed a drug trial. Prosecutors allege that a select circle of investors with inside knowledge then dumped their shares in June 2017 to avoid hundreds of thousands of dollars in losses. They accuse Collins of tipping off those investors through his son and then lying to the FBI about what he had done.

Collins' political career has hit low points: The loss when he ran for Congress in 1998. The time when he dipped his toe into a race for governor in 2010, then retreated; he had compared then-Assembly Speaker Sheldon Silver, who is Jewish, to Hitler and was reported to have suggested a woman who needed a seat at the State of the State address could get one by giving a lap dance.

Then there was his re-election campaign in 2011. With more than $1 million spent, Collins emerged as the rare Erie County executive to be denied a second term.

But facing criminal charges is an entirely new low.

He could never step away from life as a businessman, said Joel A. Giambra, the county executive who handed off Erie County government to Collins in 2008. Giambra, who now works as a lobbyist and develops properties on Buffalo's West Side, is a Republican but inhabits the left edge of the GOP spectrum.

"I think politics was a hobby for him to satisfy his own personal need for attention," Giambra said. "Public policy really wasn't a concern." 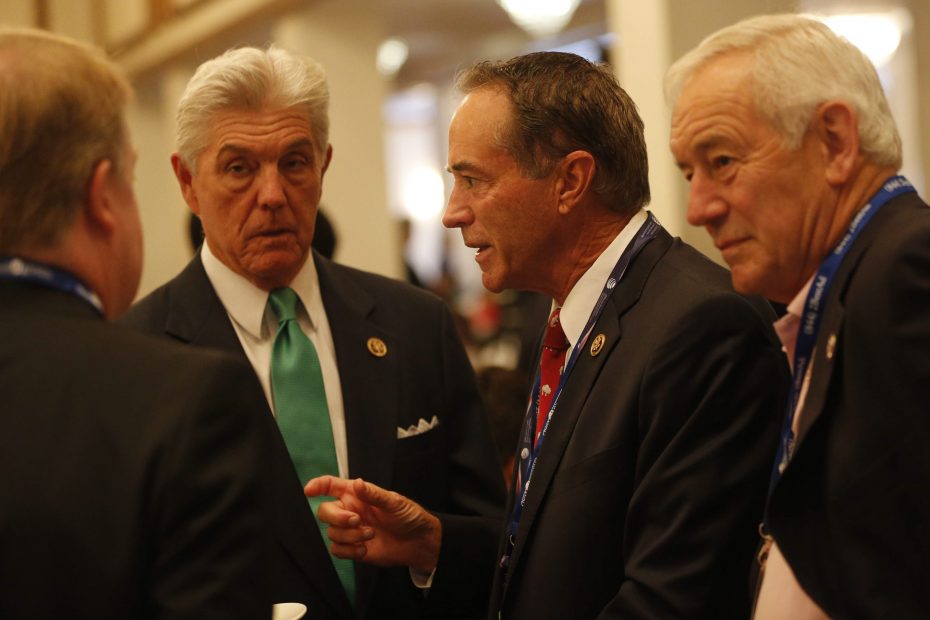 Robert Galbraith has researched the Collins business network and his real, or perceived, conflicts of interest for the Public Accountability Initiative, a left-leaning watchdog group based in Buffalo.

"During the entire time that he has been in government, whether it has been as county executive or in Congress, Chris Collins hasn't been able or willing to devote himself entirely to public service," Galbraith said. "That has often raised questions about what comes first to him: his duties to his constituents or his interest in maximizing profits for himself."

But in his only public comment about the accusations against him for insider trading, at a news conference Wednesday evening, Collins said his yearslong interest in Innate Immunotherapeutics, formerly Virionyx, lies not with profits for himself, but its ability to develop life-saving or life-altering drugs.

"I believed in the company and still do," Collins said, "and in the potential of a drug that had the real possibility of improving the treatment options for secondary progressive multiple sclerosis patients." He called it "about the most debilitating disease known to mankind and something that I saw firsthand affect a close family member."

When Collins was county executive, he and his two political advisers, Christopher M. Grant and Michael Hook, sought out others who could follow the Collins model and run for office as business-world luminaries bringing their expertise to government. One example was Jane Corwin, whose family had pioneered and then sold a telephone-book product called the "Talking Phone Book," which Collins often raved about.

Corwin, of Clarence, won a safely Republican State Assembly district in Buffalo's suburbs. Then, in 2011, Collins and company rolled the dice to win her an even grander stage — the congressional seat vacated when U.S. Rep. Chris Lee resigned because the married congressman had posed shirtless for a dating website.

When the votes were counted, the seat went to Democrat Kathy Hochul, an Erie County clerk who offered the right blend of positions, name recognition and niceness. Team Collins had lost a district held by Republicans since the days of Jack Kemp four decades before.

Later that same year, he lost his race for a second term as county executive. Voters went for a more placid candidate, a Democrat who wasn't going to kick up as much dust or threaten their favorite museums, theaters and library branches: Mark C. Poloncarz.

As a businessman, Collins had a saying that helped him face sudden adversity, and he expected executives at his companies to embrace it, too: "Guess what? Now what?"

"Guess what" means, guess what just happened? Examples: The supplies didn't arrive. The bookkeeper quit. The lights went out.

"Now what" means, what's the plan to solve the problem?

A month after he lost the county executive's race, Collins was thinking in those terms.

"I was in a funk for about 24 hours," he told an interviewer.

"Now what" became running for Congress against Kathy Hochul. The district had been redrawn and designated New York's 27th district and included some of the rural Erie County towns where Collins ran strongly as county executive.

People who knew Collins, and even a close aide, wondered if Collins could really function as a congressman. He hated legislators, or, rather, the job of legislator. He had no use for county legislators when he was a county executive. They met in court often.

Regardless, he easily dispatched a rival for the Republican nomination, David Bellavia, and began a campaign against Hochul that he expanded into a campaign against Barack Obama and Nancy Pelosi, the Democrat who was House speaker at the time.

Collins wrenched the district back into Republican hands and has won it twice more since then.

In 2016, Collins' favorite in the presidential sweepstakes was Jeb Bush. When Bush dropped out, Collins became the first sitting member of congress to endorse Donald Trump, and his unflagging defense of the president on national talk shows  raised his profile. When Vice President Mike Pence traveled to Buffalo for a fundraiser in September 2017, Republicans called it a sign of how close Collins and the president's team had become. 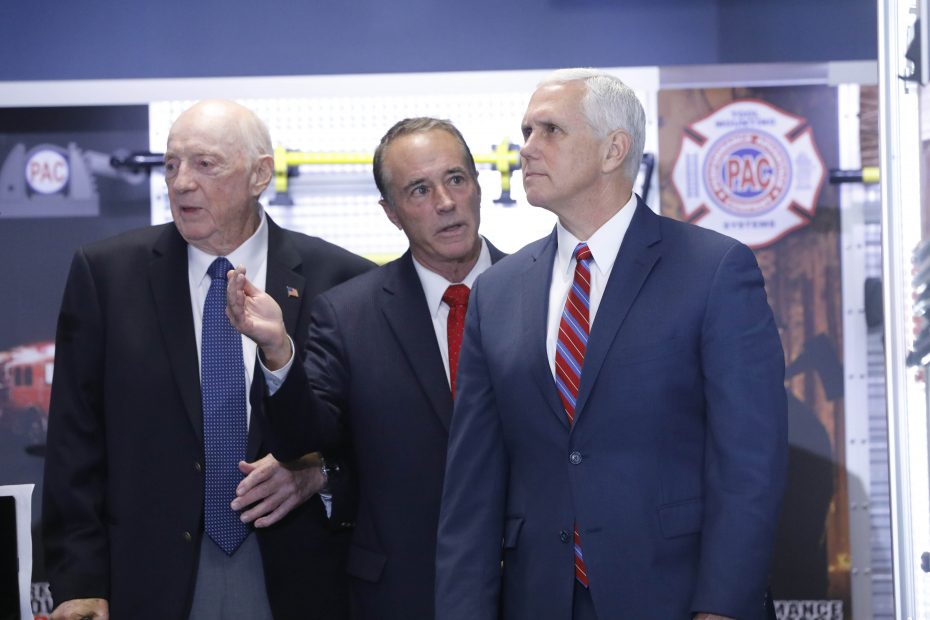 If Collins' service to Trump raised his profile, so did Innate Immunotherapeutics, but probably not in the way he wanted. The Buffalo News and national media outlets reported on his support of a bill that would make it easier for companies to move drugs, like the one Innate was developing for multiple sclerosis, to market.

Collins asked a National Institutes of Health staffer to help the company with clinical trials, which might have violated House prohibitions on lawmakers seeking government help for their own businesses, the Office of Congressional Ethics said in a 29-page report. The report said Collins also emailed Innate investors details of the company's clinical trials and a coming stock offering, which may have violated insider trading laws, the investigators said.

With Collins as Innate's leading U.S. investor, other members of Congress bought stock, too, including Tom Price, a Republican congressman from Georgia who for a time served as Trump's secretary of the Department of Health and Human Services. As critics wondered if a Health secretary should hold stock in a drug company, Price sold his shares in February 2017, months before the price tanked, tripling his investment, The Buffalo News reported last year.

Collins did not take criticisms of his business interests in stride. He fired back through Grant, his spokesman and strategist, or through other means. In a letter to donors and potential donors, Collins called the matter "fake news" and said certain forces were trying to stop him from "fighting for President Trump's pro-jobs agenda."

In the indictment against Collins, his son, Cameron, and family friend Stephen Zarsky, prosecutors in the Southern District of New York say Collins and his staff tried to publicly deny that Cameron and others did not unload their stock before news of the failed drug trial was announced. Those statements from the congressman's staff were designed to mislead the public, the indictment says.

The indictment cites Collins' words in an email about the media's focus on him, Innate and the stock trades: "We want this to go away."