There's been no Cinderella run in the Buffalo & District Soccer League's playoffs for the Premier and Championship divisions. The top two seeds in each held serve last Sunday, with all four of the victors registering clean sheets.

The most nervy of the semifinals was BSC International's overtime win over feisty Niagara FC, as it took an overtime brace from Buffalo State's Robert Williamson to produce an eventual 3-0 win. The extra-time surge sealed Inter's spot in Premier next summer, while Pendleton United secured promotion for the third-straight season, toppling Beast City, 2-0.

These results set the stage for Championship Sunday at Nichols School (1250 Amherst St.), where men's amateur title and promotion games will run from 1:30 to 8 p.m. Aug. 12. Just Pizza Food Truck will be on the scene to satiate players and fans alike.

BSC Raiders are on the brink of history, as a win Sunday over Sharpshooters would seal the Treble - a Premier Division regular-season title, Tehel Cup championship and a playoff crown. Capping an undefeated season should be enough to fuel Rocky Palmeiro's team, which has surprisingly had few problems with attendance this season.

These two teams met in the Tehel Cup quarterfinals roughly a month ago, with BSC Raiders winning comfortably, 3-0. The eventual Tehel Cup champs clicked on all cylinders that day, with a suffocating defense, active midfield and opportunistic forward group giving Sharpshooters little chance from the onset.

While it will be hard for Raiders to match that virtually spotless performance, the thoroughness of the defeat has likely lingered in the minds of Sharpshooters. 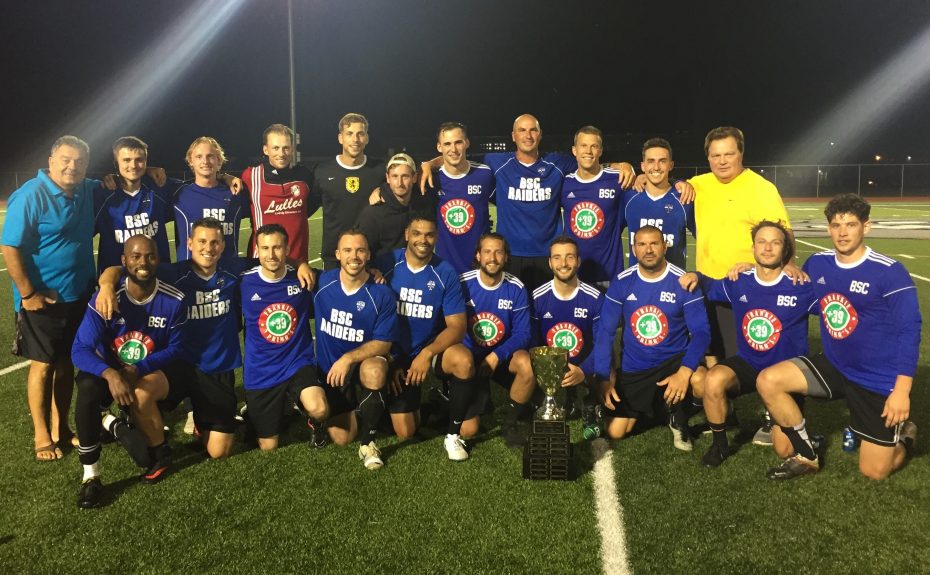 It's hard to envision Sharpshooters presenting much of a threat Sunday, as Canisius College's Melvin Blair and Bjarki Benediktsson are back at school (as is Raiders' Evan Walsh), injuries have left the availability of forwards Justin Hofschneider and Zack Schmidt in doubt, and Jon Cary's relocation has affected the flexibility in defense and midfield.

Rider University defender Andrew Crawford, also back with his college team, is perhaps the biggest loss for Brendan and Trevor Lawler's side.

Sharpshooters' sprightly youngsters - Ben Woolingham, Ishaan Kashyap and late addition Derek Bartlo, who drew a penalty kick vs. Lackawanna - could pose problems for Raiders if the favorites come out assuming a cakewalk. The return of Drew Braun and Ricky Martinez, who's made life difficult for Raiders star forward Kendell McFayden in the past, will help compensate for Benediktsson's absence.

While Sharpshooters scoffed at BN Soccer's predicted semifinal upset, it's certain that Sunday will be an uphill climb for the No. 2 seed.

This should be an intense, close, physical affair befitting a title match. Both teams are scrappy, compete for 90 minutes and have proven hard to break down.

Should Inter have Williamson, Devonte Black and Lorne Maxime (team-high nine goals) in the squad, the trio will be a handful for PUFC to contend with. Black and Maxime offer game-breaking pace and quickness, while Williamson - who had a solid first campaign at center back for FC Buffalo - plays higher up the pitch with his BDSL side.

While goalkeeper Brian Arcara has had to pull rabbits out of hats in years past, he's evolved into a reliable, howler-free backstop through Inter's undefeated campaign.

On the other side, questions loomed before the season regarding how Pendleton would replace goal scorers Kyle Jones and KJ Maldiner as well as adapt to a higher level of competition, but the rising side's continuity, defense and swagger prevailed. 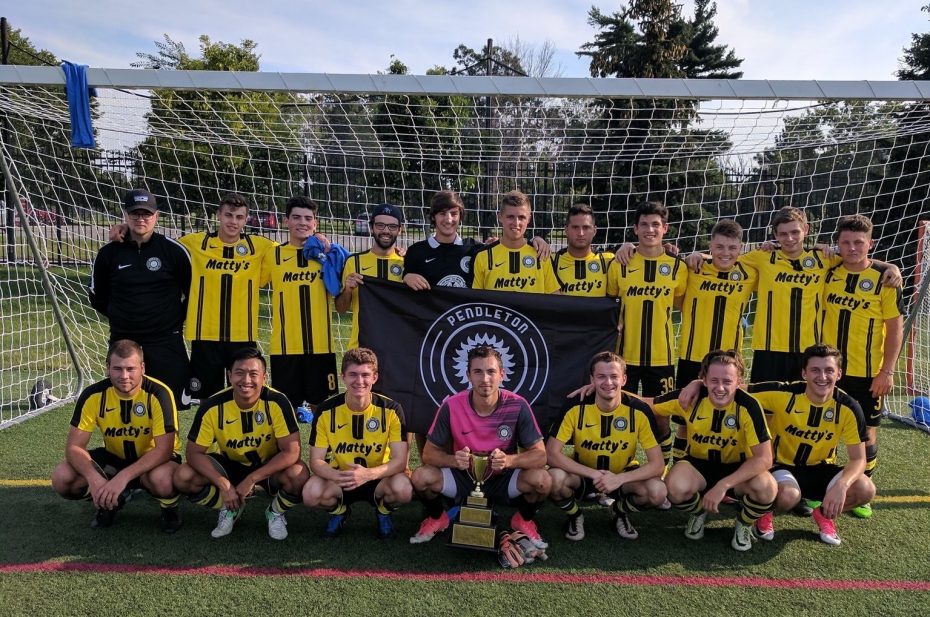 Sam DelPrince proved himself as one of Championship's top keepers, while additions Nick Dumond and D'Youville's Marco Ciccarelli were difference-makers offensively.

The versatility of former University at Buffalo goalkeeper Mike Juszczak, the midfield leadership of Fredonia's Sam Wagner and energy of former Syracuse recruit Matthew Pickard were crucial traits that propelled PUFC to the highest tier.

The steady back line of Nick Walker, Jake Graham, Allan Wade and Tyler Valentine doesn't get rattled, either; the quartet kept Inter's fearsome attacking trio off the score sheet in the first meeting, a 1-0 win by BSC.