A spokesman for Buffalo Mayor Byron W. Brown said late Friday afternoon that the city is opposed to a plan by civic advocate Kevin Gaughan to remove a golf course from South Park and replace it with a new one on a vacant swath of brownfield.

The goal, Gaughan said, is to allow the city to fulfill the Olmsted Parks master plan, by removing an existing nine-hole course at South Park and restoring Frederick Law Olmsted's original intent for an arboretum — a tree museum — on land surrounding the Botanical Gardens.

That's consistent with long-term plans by the Buffalo Olmsted Parks Conservancy, which has been taking the long road on its own path toward achieving that vision since 1985.

The Conservancy just finished a feasibility study of its own plan this year, and has embarked on the first of 11 phases to complete the job.

But a strongly worded statement from the city throws a wrench into the workings of the ambitious $42 million overall proposal, which is designed to both restore an element of the original Olmsted parks design while also benefiting city residents and youth. The parks are city-owned. 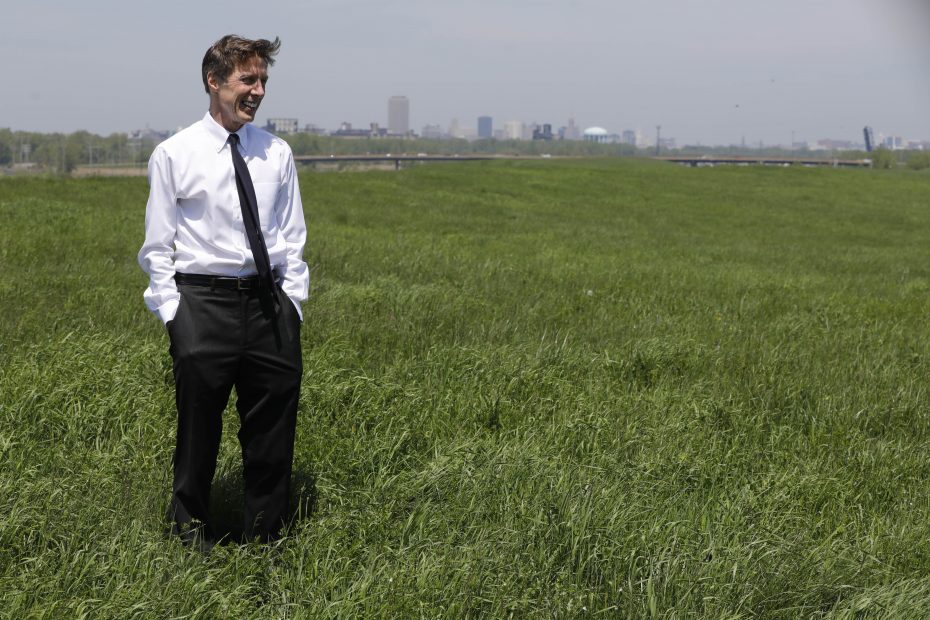 Kevin Gaughan takes in the view from a 107-acre plot of land on the former Republic Steel site in South Buffalo. (Derek Gee/News file photo)

"The city of Buffalo opposes the removal of the South Buffalo Golf Course," mayoral spokesman Michael J. DeGeorge said in a statement in a text message. "The golf course is a public asset that has been enjoyed by Buffalo residents for over 100 years. There has not been a sufficient discussion with the local community or park patrons regarding the decision to eliminate golf from the park."

DeGeorge wrote in the message that the golf operation in South Park yields more than $175,000 in annual revenues for the Conservancy, which uses those funds to maintain the park. So "removing the course from the park would have a detrimental effect on parks operations," DeGeorge wrote.

Gaughan was caught off-guard, though apparently not alarmed.

"That's news, but not surprising," he said, adding he plans "three public forums" to "obtain citizen input" on the plan, and would then start talks with the city.

"I'm very confident that the city, on behalf of its taxpayers, will see the wisdom in creating new public amenities that will produce more revenue for both the conservancy and the city," Gaughan said.

The statement from the city came days after Gaughan scored a coup in his project, by gaining control of the land he needs for the new course. That had represented a step forward in his four-year venture.

On Tuesday, after three years of work, the Gaughan-led Nicklaus Olmsted Buffalo Inc., a nonprofit charitable organization, completed its $650,000 purchase of 107 acres of former Republic Steel property on Marilla, Tifft and Hopkins streets near the Olmsted-designed South Park. The seller was Richard A. Palumbo's Steelfields Ltd., out of Rochester.

"I’m thrilled that we now have the one indispensable component to make this project real on behalf of Buffalo citizens, and that’s what this is all about," Gaughan said.

Gaughan said this week he now plans to clean up and convert that land into a new public golf course and recreation area, which would replace the course at South Park. That would allow the city and Conservancy to revive Olmsted's design for an arboretum of 2,300 plant species surrounding the Botanical Gardens.

Those trees, which had been planted originally, were later uprooted to make room for the golf course.

Gaughan also wants Nicklaus to redesign the separate golf course at Delaware Park, using less of the land in order to restore part of Olmsted's Meadow. Then he intends to create a new education center that links the courses and arboretum and uses them to teach young people about golf course management, botany, water reclamation, horticulture and land restoration. 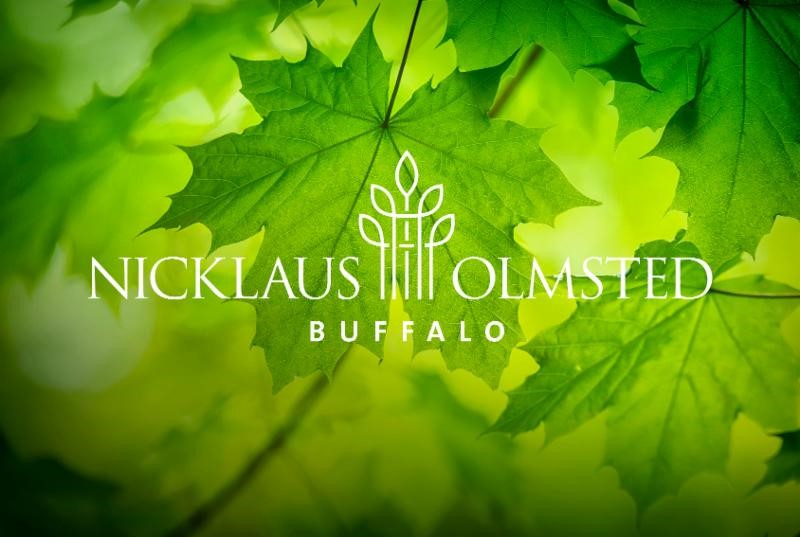 Gaughan said he already has Nicklaus lined up to do the design work for free because of the opportunity to work in an Olmsted environment while benefiting the city's lower-income community.

Gaughan has been working for more than four years to garner support for the project from the city, the Conservancy, residents and donors. He admits he has never played golf and has no interest in the sport — much to the dismay of Nicklaus, Gaughan said — but sees it as a civic opportunity to help the city and renew Olmsted's vision. There's no public funding as part of the project, which also includes retired Goldman Sachs President John Thornton as a partner.

Even so, he hasn't been able to get the backing of the Conservancy yet, even though the only major difference between the two concepts is the participation of Nicklaus.

Right now, Gaughan has to raise significant dollars on his own to make the project a reality, without the valuable endorsement of the Olmsted group, which doesn't want to put its established reputation at risk until details are more solid.

That's because Gaughan is still talking largely in generalities, without the specifics of what will be involved or who would be in control, said Stephanie Crockatt, the Conservancy's executive director.

And despite multiple meetings between Gaughan and the Conservancy, Crockatt said, "there remains no golf market feasibility, no economic or community impact analysis, no financial sustainability pro forma, no plan details."

"We’re not saying this is a bad idea. We just don’t have the data," Crockatt said. "There’s more, much more that has to happen."

Gaughan countered by saying he's been working with the Conservancy to answer those questions, and has now hired a consulting firm to create the business plan and feasibility reports, as well as evaluate the impact on Delaware Park.

He cited a 2016 letter from the Conservancy that expressed what the letter called "initial support," although the organization also cautioned that it does not speak for the city as owner of the Olmsted parks, and cannot "guarantee eventual implementation," in the words of the letter.

The civic advocate said he envisions raising $20 million initially from individuals, families and private foundations, before going to the Ford Foundation or other sources for the rest. Gaughan already secured commitments for $3 million locally, and he said he’s successfully engaging other sources of funding.

Additionally, he said his budget already includes a $12 million grant to the Conservancy to create a perpetual trust that would yield enough interest annually for it to maintain the parks system.

And it includes a plan to maintain fees for city residents at current levels, with a sliding scale of higher charges for county residents, state residents and others. Revenues would be divided equally among the city, the Conservancy and the education center.

He said Nicklaus plans to design the new course with future players in mind — by shortening the game time and accommodating all levels of skill — in order to reverse a decline in interest in the game nationally.

"He’s just licking his chops to have a go at that," Gaughan said.

Crockatt applauded the idea of "involving a brand name as a means to the end," with Nicklaus, but said her organization will "continue to work on the arboretum with or without all of this." She said the Conservancy is "getting ready" to announce a major gift for the first phase of its plan.

"We have a lot of good news coming up on the arboretum," she said. "We’ve been working on this forever. And we’ve got the city behind our plan for the first six phases."

Gaughan has opened a new office for the nonprofit, launched a website for the project at www.nicklausolmstedbuffalo.org, and formed a new informal community leader advisory group.

The new office is located at 438 Delaware Ave., in a home designed in 1868 by H.H. Richardson and listed on the National Register of Historic Places. It was originally the home of William Dorsheimer, who in 1866 convinced Olmsted to consider designing the parkland for Buffalo.

The committee will be chaired by HoganWillig Managing Partner Diane Tiveron, and includes: