Nick Peters has spent much of the summer preparing for freshman year at the University of South Carolina, more than 750 miles from his home in Western New York.

Two weeks out, he’s already used a school Facebook page to find a roommate with similar interests, learned more about the school hockey and golf club teams, and downloaded the Barnes & Noble app to buy books for his scheduled courses.

He set up a new bank account that has branches near home and school. He signed up for a meal plan. Most belongings for his dorm room are packed, including a clothesbasket and Tide pods – though he admits a bit of nervousness about his first crack at laundry.

He and his parents also have done a thorough job on an important part of college prep often overlooked – at least partly – during such a demanding transition.

Preparing for a potential health emergency.

"Parents spend more time on what the dorm room is going to look like, and supplies. They don't think about it, but accidents and illnesses happen," said Dr. Richard Vienne, vice president and chief medical officer with Univera Healthcare.

Such emergencies can grow more daunting because recent high school graduates headed off to college in the next two weeks are leaving childhood behind in a medical sense, too.

Though they can remain on their family health insurance policy until they are 26 years old, privacy rules treat them as adults once they turn 18. That limits schools, health centers and hospitals from releasing information about their welfare to parents or other loved ones without written consent.

Vienne and the Peters family offered steps for families to lessen those kinds of worries as students prepare for college.

Christopher Peters, who owns an insurance company that bears his name, and his wife, Kim, both are University at Buffalo graduates. The Wheatfield couple encouraged their sons to go farther afield and enjoy a different college experience than they had – and have been down the college road before. Their oldest, Matthew, 22, graduated in May with a finance and marketing degree. He joined the hockey club team at SUNY Oswego State as part of his higher-education experience at a college of 8,000 students, about 150 miles from home.

"He went away but it was only three hours away,” Kim Peters said. “We could drive there, have lunch, see a hockey game and come home."

USC, which has almost 30,000 undergraduates, is a 12-hour drive. Nick loved the big-school feel of campus. Weather that nurtured palm tree-lined streets and buildings also beckoned, but mostly it was a top international business program that enticed the three-sport high school athlete who graduated with honors.

Family members understood they needed to be prepared for medical emergencies.

"We've been to the ER a time or two with two boys playing hockey," said their mother, who works in health care administration. "Matthew visited the Oswego ER a couple of times for a fracture and a sprained ankle.”

Before setting off to college, Matthew went prepared with a copy of his family health insurance member identification card. Vienne said students should have a copy, either paper or electronic, because information on the card will be needed for a visit to a hospital emergency room, urgent care center or health clinic. Nick Peters carries one in his wallet. It’s also a good idea for people of any age, including students, to take a photo of both sides of the ID and store it on a smartphone, Vienne said. 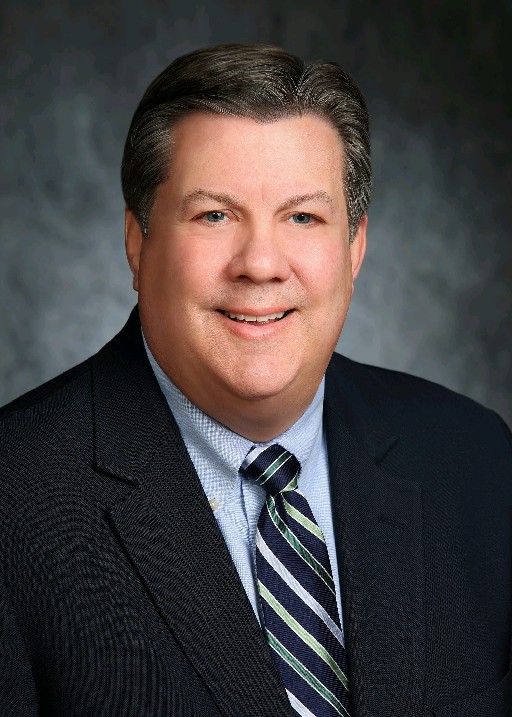 Parents who wish to maintain the legal right for information about the medical condition of a child who is 18 and over need to have the child file an authorization waiver under the Health Insurance Portability and Accountability Act (HIPAA).

Vienne, the father of three children who all graduated from Canisius College, said that point was underlined for him after he got a health insurance bill for an emergency room visit one of his kids made after cutting a hand on a can opener on campus. His child didn’t want to worry his parents about what he considered minor.

"It caused me to pause,” Vienne said. “I don't think many parents understand that when their kids turn 18, they don't have any rights to know what's going on with them in an emergency room or a doctor's office, or if lab tests are performed. If you as a parent want access to information on your kids, get that HIPAA form signed in advance, make sure there's a copy on their cellphone, give them a paper copy of it and even an electronic one." In the event of an emergency, you can text a copy to a hospital.

Forms are available through your insurance company or primary care office.

Health care workers who share information in violation of HIPAA face sanctions. A federal judge in June ruled that the University of Texas MD Anderson Cancer Center should pay $4.3 million for violating the act.

Nick Peters has filed a HIPAA waiver with Independent Health, his family’s insurance company, which allows his parents access to his health-related information.

Parents also should encourage a college-age child to fill out a health care proxy or power of attorney in case a loved one may need to make health choices during a serious health crisis, Vienne said, because doctors or a hospital ethics committee could end up making them otherwise. Adults also should fill out these documents, he said.

The Peters family also filed a college health insurance waiver with the University of South Carolina, a step they must take annually while Nick is in college. Students already covered by health insurance generally must show proof to their college or face being charged under their school’s health insurance plan. At USC, that cost is $170 a month, Kim Peters said.

She also made sure she filed an out-of-area coverage form with Independent Health – another step needed annually – and made sure that the family policy will cover Nick’s emergency and nonemergency health needs in Columbia, S.C. 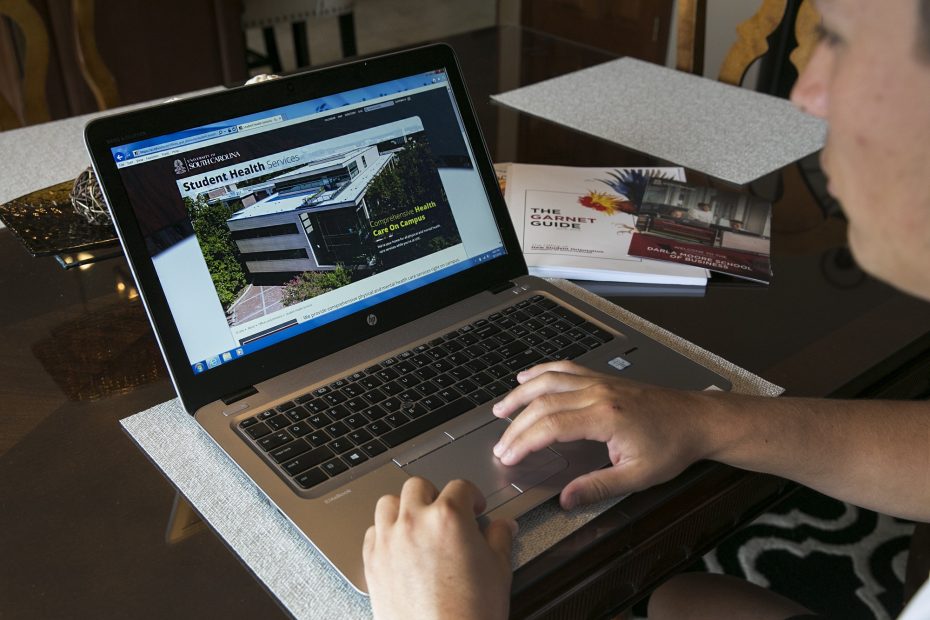 Nick Peters already knows where the University of South Carolina Student Health Center is located on campus and what services it provides. (Shuran Huang/Buffalo News)

Your child should be able to find the campus health center by the start of school, and be familiar with what services it provides. Students also should ask the center whether it has its own HIPAA privacy waiver and, if so, fill it out and sign it. "I'd do this with any school,” whether the student lives on campus or commutes, Vienne said. Nick Peters already knows where the health center sits on the South Carolina campus. "I hope you never have to use that facility, but if you do you know where it is," his mother told him this week as they took another look at services on the school website. Locating the nearest pharmacy was easy; it's in the health center.

"If you line this up in advance, you don't have to schlep across campus on a winter day when you've got flu symptoms,” Vienne said. “You can just talk to the doctor on computer in your dorm room."

Univera and most other health insurers provide this service online. Go to the insurance website, register in advance, and download the app.

"I'm an advocate for telemedicine,” Kim Peters said, “and know that Independent Health has an app."

Get a primary care physician

It’s a good idea for a student to visit with a primary care doctor before starting school, particularly those who have chronic health conditions. "Be prepared and have everything lined up so it's not a fire drill when things happen,” Vienne said.

Nick Peters last week visited Dr. William Hartrich for the last booster vaccines required for him to start school. The Amherst primary care practice also has a web portal where Nick can leave a health question that will be answered within a day.

Parents should understand that anxiety and concern can become part of such a big transition and that talking with a counselor can help, Vienne said. The traditional college years also come during an age where students may experience a first-time mental health crisis.

Orientation paperwork from USC included information about mental health services, which are "very robust" at the health center, Kim Peters said. "We're aware that the services are in place and have encouraged Nicholas to seek help if he's feeling anxious or overwhelmed."

If you or your college-age child haven’t already opted in to WNY HEALTHeLINK – a regional electronic exchange of information that can be shared between health workers – now is a good time. The stream of confidential medical records that includes imaging and lab results, medications taken and past surgeries and emergencies, can become available to health care providers in Western New York in a few computer clicks, Vienne said. Out-of-region students, to be safer, should have in their wallet or on their smartphone the phone and fax numbers, with area code, and an email address for their family doctor back home.

Forearmed with health-related information helps Nick Peters gear up for college life with more confidence to chase his dream during the next four years of spending a semester abroad in Spain and blazing a trail for an overseas job.

Still, his father advised this week as the family thought about the impending departure, "Be safe and be smart."

His mom shed a few tears as she recalled her youngest boy playing hockey since age 4, growing up so fast, and following in his brother’s footsteps by exploring what may lay ahead outside the region.

"Don't forget your mother," she said with a laugh. " Embrace this time in your life. Make good choices but enjoy the experience. It's the opportunity of a lifetime."