Anyone who doubts that urban intervention can make a big difference in lives – and in a city – need look no further than the eight young men and women on their way to college in large part because of a large-scale social initiative.

The eight are Promise Scholars – as in Buffalo Promise Neighborhood, the multipronged effort focused largely on education and spearheaded by the late M&T Bank Chairman Robert Wilmers in the 14215 ZIP code on the city’s East Side.

A key part has been the full-tuition scholarships to private high schools begun in 2014 for exceptional eighth-graders. The first cohort to earn the scholarships are now on their way to college after getting a chance to show what they could do in some of Buffalo’s best high schools.

"I loved it; it was a very welcoming environment," said Kenya Sanders, who spent four years at Sacred Heart Academy as a Promise Scholar and is now headed to Canisius College.

She had "shadowed" a cousin at Sacred Heart and loved the school. And while her mom had said the family would find a way, getting the scholarship "just took a big weight off of our shoulders, and I really appreciated it," said the 17-year-old aspiring screenwriter who plans to major in English.

Aaron Adams attended Canisius High School and, thanks to the BPN scholarship, said he didn't have to worry about paying tuition. 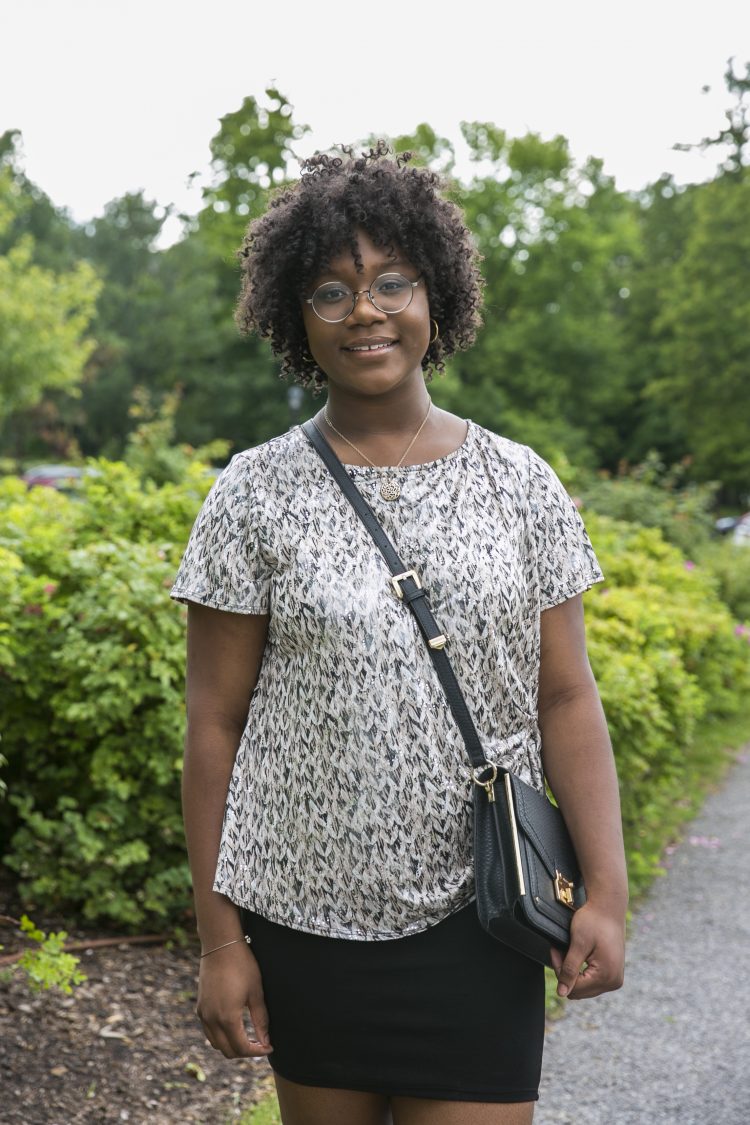 "I loved it; it was a very welcoming environment," said Kenya Sanders, who spent four years at Sacred Heart Academy as a Promise Scholar and is now headed to Canisius College. (Shuran Huang/Buffalo News)

"I was able to just worry about being a good scholar and doing my schoolwork," said the 18-year-old who, like Kenya, also appreciated the "coach" BPN hires to help students pick the right college and navigate the application process. Now he’s on his way to SUNY Binghamton to study business administration.

Both are graduates of Westminster Community Charter School, the former struggling public school that was "adopted" by M&T Bank in 1993 as the first step in what turned out to be a neighborhood-wide effort. The public-private partnership is aimed at revitalizing a high-poverty area that also is "bounding with promise."

That latent promise is not always recognized in certain parts of the city. M&T, and a host of partners it has pulled in, did.

With Westminster Charter as a springboard, the effort has grown to include Highgate Heights Elementary School as well as a Children’s Academy to get preschoolers on the right foot. The holistic effort also includes Parent Achievement Zone in which education and housing counselors have worked one-on-one with more than 450 parents on everything from financial literacy to career development to helping them learn to help their kids in school. BPN also has worked to strengthen block clubs to empower residents in the northeast part of the city.

In all, bank spokesmen say it has been a more than $50 million initiative so far, with M&T supplying $25 million and the rest coming from community partners such as Delaware North, which last month kicked in $1 million for a second Children’s Academy slated to open this fall on Bailey Avenue.

For critics who decry "throwing money at a problem," BPN illustrates what can happen when dollars are matched with a concrete plan and sustained commitment.

Buffalo Promise Neighborhood helped ensure that each of them has a chance to reach for the same stars that kids elsewhere routinely grasp.

"I didn’t realize at the time how important it was until after high school and I saw how expensive it was to get a good education," Kenya said of the BPN support. "They basically got me through Sacred Heart, entirely."

Anyone who thinks that wasn’t a good social investment must be intellectually bankrupt.