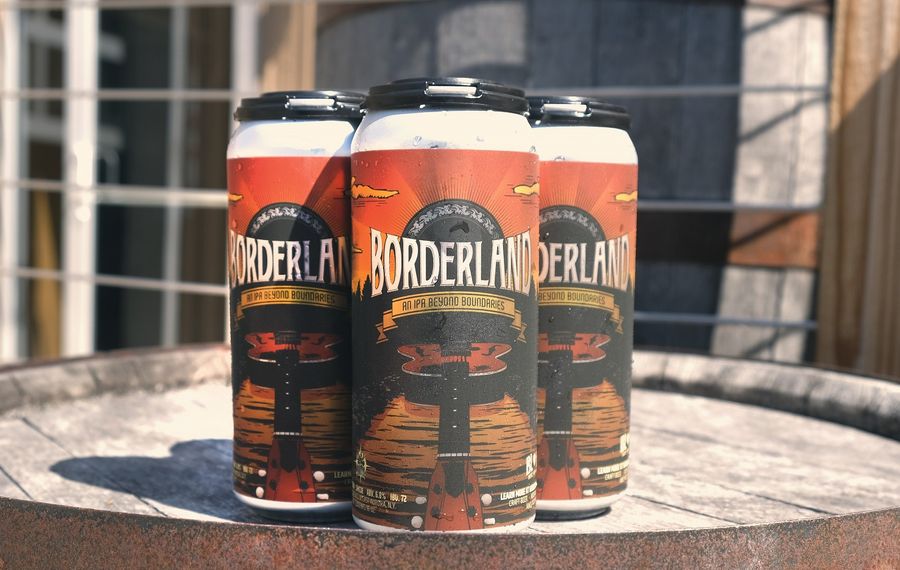 The cans will be in select retailers in the weeks leading up to the festival, which takes place Sept. 22 to 23 at Knox Farm State Park. Customers will have a chance to win a two-day weekend pass to the festival, by looking for the Borderland Festival display at specialty retailers Brewed and Bottled, Aurora Brew Works, Hamm and Fattey's and Village Beer Merchant. Call 805-7500.

[Read more about the origins of Brickyard Brewing]

Thin Man Brewery (492 Elmwood Ave.) will release a new New England-style IPA on Aug. 11. Dubbed Let Me Put You in the Picture, it was brewed in collaboration with Long Island City beer bar Alewife. The 6 percent ABV beer features Galaxy, Motueka and Waimea hops, and yields a big tropical fruit nose, soft mouthfeel and moderate bitterness. It will be available on draft and in crowlers. Call 923-4100.

Pearl Street will also have a New England-style IPA out before the end of August, called Nautical Disaster (approximately 7 percent ABV), brewed with Galaxy, Amarillo and Mosaic hops. Call 856-2337.

RiverWorks is in touch with vans, New Zealand

Buffalo RiverWorks (359 Ganson St.) has a new seasonal session IPA on tap, called Livin’ in a Van. The 4.3 percent ABV beer is brewed with Simcoe and Perle hops for an earthy, herbal hop flavor combined with a pineapple aroma.

RiverWorks also will have an all-New Zealand hopped wheat pale ale out before the end of August (approx. 6 percent ABV), brewed with Wakatu and Cascade hops. Call 342-2292.

Experience This: Beer beneath the big Labatt Blue beer cans

Big Ditch Brewing Company (55 E. Huron St.) will release two variants of its Beautiful River farmhouse ale on Aug. 11. The first variant was aged in oak barrels which previously held Lockhouse Distillery gin, adding a pine and citrus character along with a smooth oakiness, before being dry-hopped with Motueka hops.

The other variant was aged in oak barrels which previously held Leonard Oakes Estate Winery pinot noir, adding light oak and grape character before being dry-hopped with Nelson Sauvin hops, which gives it a light citrus and gooseberry aroma. Both variants will be sold in 500 milliliter bottles for $14 each; supply is limited. Call 854-5050.