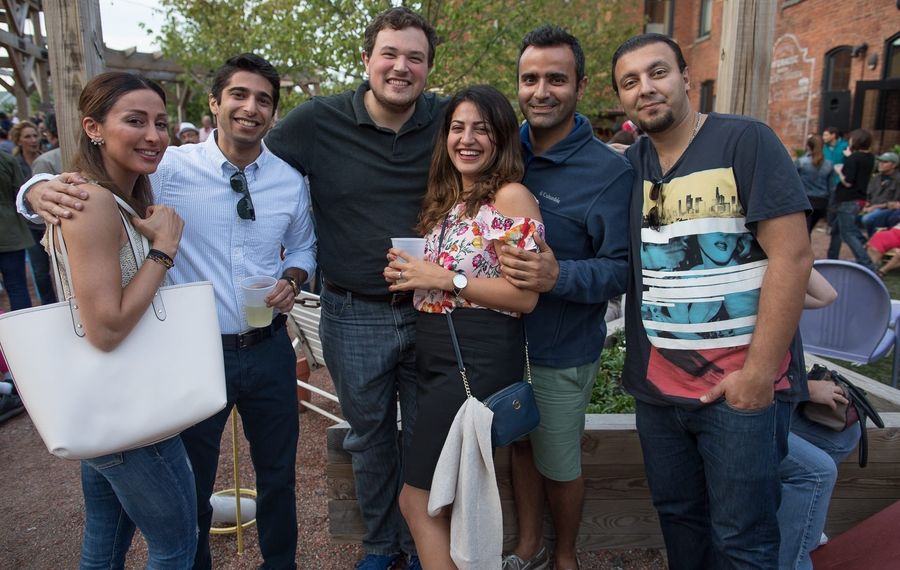 Three quality shows - Band of Horses, the Spill Canvas and Rise Against - have already sold out for this week in Buffalo, especially impressive because all three concerts are indoors. Thankfully, there's still a wealth of event options to choose from Monday through Thursday.

Perhaps no event this week has created more of a buzz than this Beatles tribute on the roof of Larkinville restaurant Hydraulic Hearth. Buffalo band Stoneflower, led by three Buffalo Music Hall of Famers, will perform two sets, focusing on the legendary English band's final performance, in London 1969.

The street in front of the Larkin restaurant will be closed off, while more standing room - as well as food trucks and a bar - will be set up in adjacent Larkin Square. More than 14,000 people have checked "Interested" on Facebook, which suggests that the Hydraulic District will bustle on Thursday.

[Related: Smiles at the 2017 Beatles Rooftop Tribute in Larkinville]

Begins at noon Aug. 8 at the Hamburg Fairgrounds (5600 McKinley Parkway, Hamburg). Opening day admission is free with a canned good donation or $2 at the gate. For other days, pre-sale cost is $7, available here, or $10 at the gate. The Fair runs through Aug. 19.

There's nothing flashy about the Fair - other than the return of the nightly fireworks, I suppose - but the dependable fried food, swine races, amusement park attractions, games and people-watching draw tens of thousands of people to the Hamburg Fairgrounds over the course of the 12-day festival.

Keep your eyes peeled for Thursday's print Gusto to learn about what's new for the annual bonanza. One underrated, Millennial-friendly addition to this year's production: six mobile-phone charging stations! 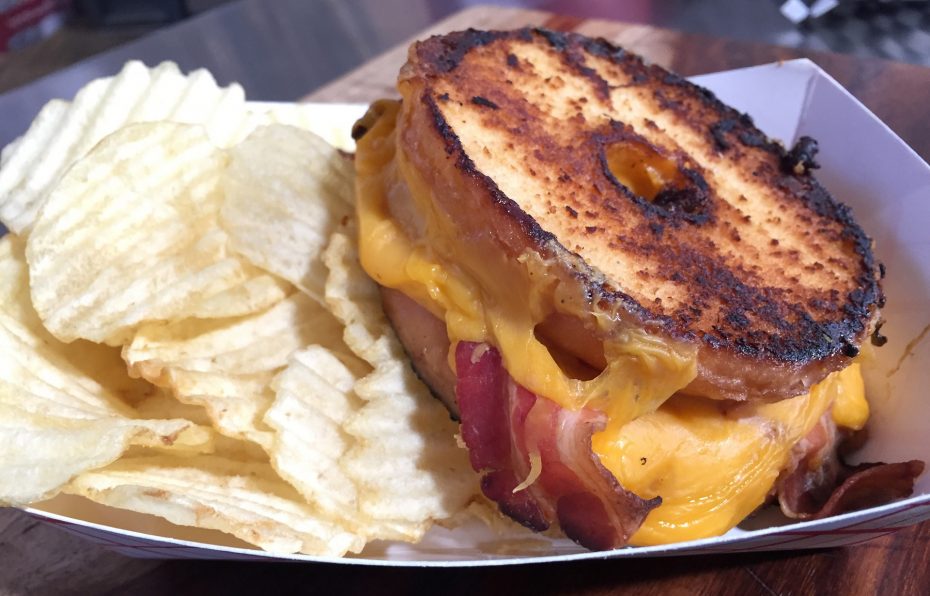 The doughnut grilled cheese with bacon by The Big Cheese, new to the Erie County Fair in 2018. (Ben Tsujimoto/Buffalo News)

7:30 p.m. Aug. 9 at the Buffalo.com Grandstand at the Hamburg Fairgrounds (5600 McKinley Parkway, Hamburg). Cost is $30 for general admission or $50 for reserved seating; details here.

A close second to classic rock, country music concerts fit snugly in the Erie County Fair's ethos. The fair has welcomed its share of big names from the genre over the last several years: Blake Shelton, Dierks Bentley, Hunter Hayes, Jason Aldean and Miranda Lambert, among others.

For a 33-year-old, two Grammy Award nominations is a solid feat, and Young's most recent release, 2017's "Losing Sleep," topped the Billboard Country charts and has sold more than 100,000 copies.

The Cheektowaga Police Department presents a community night out at the town park, with several small local pizzerias - DeNiro's, Tony's on Harlem, Sugo, Raymondo's, Macy's, Doino's and more - expected to vie for the best slice in the neighborhood.

Pizza quality isn't the easiest to judge, as preferences on crust thickness, sauce flavor and sauce-to-cheese ratio complicate the decision; regardless, Cheektowaga's pizza lovers will be charged with a big determination on Tuesday.

While casual fans may point to her TV appearances - her breakout on "America's Got Talent" and her recent gig on "Dancing with the Stars" - violinist Lindsey Stirling's passion is dynamic live shows, where she's a radiant whirlwind of color, strings and elbows.

Tack on the professional dance training she received with "DWTS," and it's likely Stirling's live performance will be even more refined. See photos of the violinist in action, from 2015. 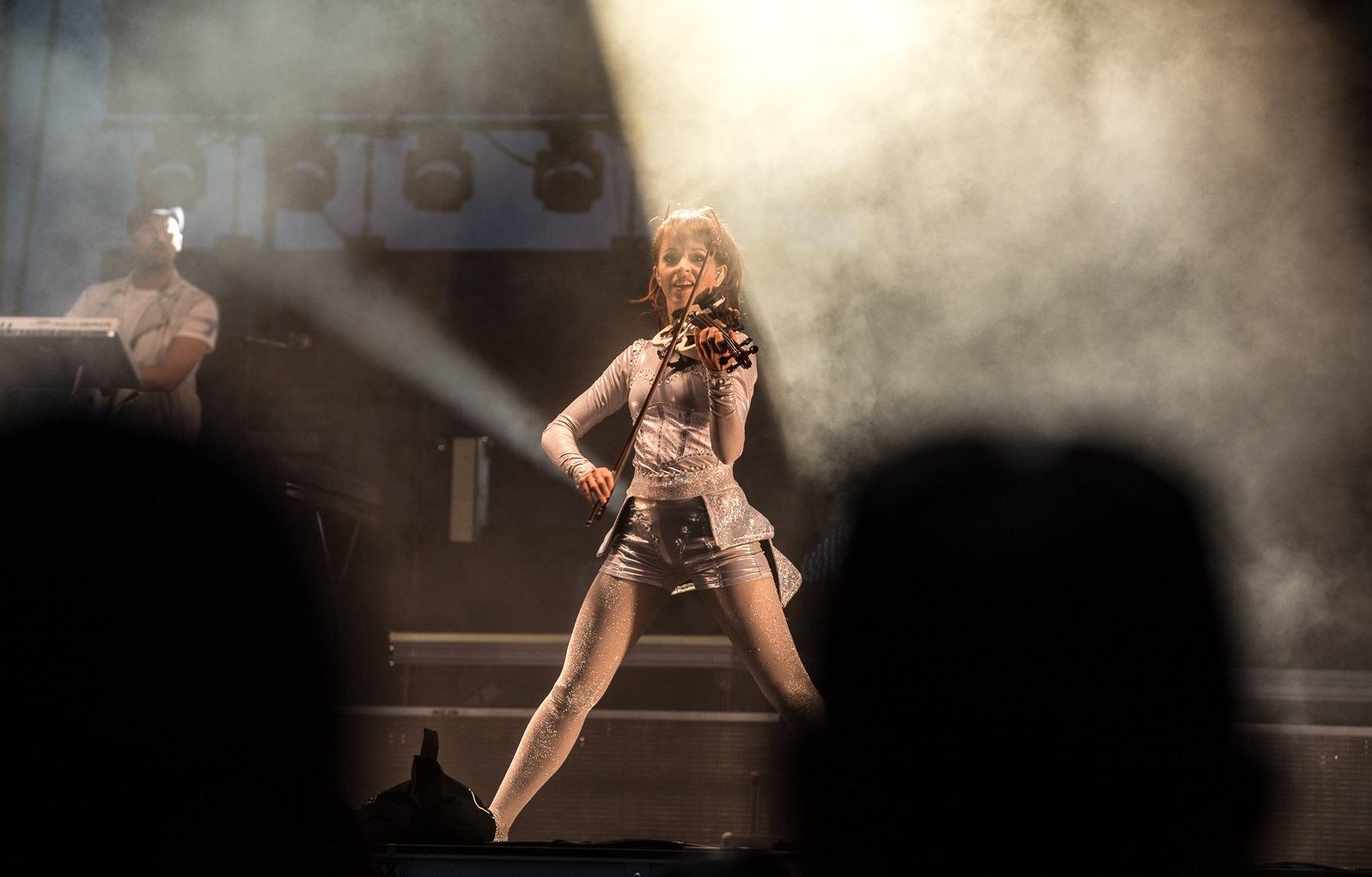 Lindsey Stirling, pictured performing at Artpark in 2015, returns to the area this week. (Chuck Alaimo/Special to The News)

Like the duo of Cheap Trick and Poison that hit Darien in late June, Tuesday's nostalgia-inducing bill of both Chicago and REO Speedwagon unites two headline-worthy bands for one night of music.

Read News contributor Michael Farrell's preview, below, in which he lays out the members still active and some of the classics to expect.

What to expect: Chicago and REO Speedwagon team for a twofer

Ranking the 100 best guitarists of all time is a massive undertaking begging for hate emails, but Rolling Stone tackled that challenge in December 2015 with the aid of a "Who's Who" of industry panelists.

Jeff Beck, who replaced Eric Clapton as guitarist for the Yardbirds, ranks No. 5 overall in the magazine's rankings, and he's headed to Artpark on Tuesday to show off his expertise. Marvel at a master in Lewiston on Tuesday.

Next up on the Canalside Live! docket are Canadian alt-rockers Headstones, led by edgy frontman Hugh Dillon, whose themes and attitude toward other bands has been largely antagonistic.

Vice.com branch Noisey wrote a feature on Dillon - an actor in "Twin Peaks" and "The Killing" - and Headstones last spring that's worth a read; it touches on Dillon's fight against heroin addiction, how the band rose from obscurity and how the death of a close friend reunited Headstones after it had fallen apart.

The experimental post-rock band's lineup has been historically free-flowing, and their live shows are often accompanied by film projectors with post-modern messages to enhance the visual experience. The Pittsburgh Post-Gazette's review of a Godspeed You! Black Emperor show in May does well to introduce the band.

5 events to know for the weekend