Dr. Laurence R. Plumb had been happily serving in the Army Reserve. One day, in the fall of 1990, he had a waiting room full of patients, plus a handful of patients in the hospital, when he got a phone call.

"It was about 9:30 on a Wednesday morning," he recalled. "My secretary said, 'Dr. Plumb, there's a lieutenant who wants to talk to you.' "

On the phone, the officer told the Hamburg family physician he was absent without leave, and supposed to be with his unit in Aberdeen Proving Ground in Maryland, where it was preparing to go to Iraq. If he did not report, he would be arrested.

Plumb, who had received no notice of the deployment to the first Iraq War, talked a commander into giving him 48 hours. His wife and mother wanted him to plead hardship and stay home.

"I couldn't say no. If you join, then your obligation is, when Uncle Sam knocks on your door, you've got to go," Plumb said. 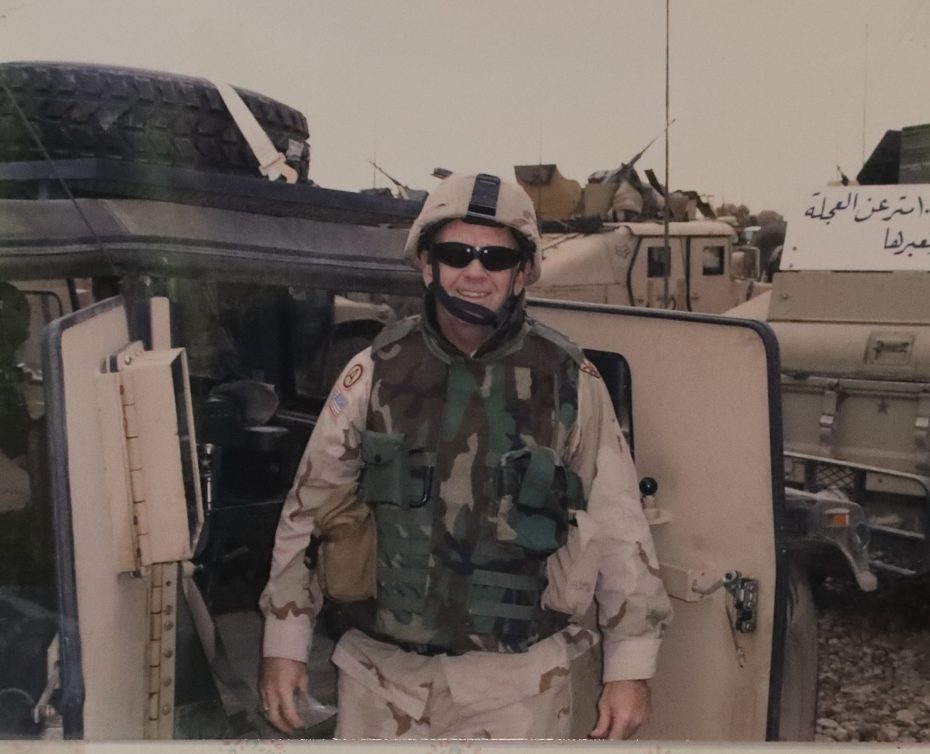 The operator of a solo family practice, he called another physician, who agreed to take over his patients while he was away. He made morning rounds the next day, loaded up his 1968 Firebird and drove to Aberdeen.

That was the first of four deployments, two to Iraq and two to Bosnia. He had four to six weeks notice on the other deployments.

"It’s a huge event, to be called up to be activated," he said. "About half of my patients had gone to find other physicians."

Plumb's first military service was with the Navy, which he joined in 1965. He was an aviation electronics technician, maintaining radar on-board an E2 aircraft. He stayed in six years, then decided to go to medical school, partially on the GI Bill, at Thomas Jefferson University in Philadelphia.

After he started his practice, he would attend annual family medicine conventions, and at one of these he talked to an Army recruiter, who suggested since he already had six years in the military, he should join the Reserve to build up his pension. So he did.

On his first deployment, he was sent to Muscat, Oman, working as a major in a 2,000-bed hospital that never saw a single allied casualty from combat. After the war ended, he was sent to a prisoner of war camp, where he provided care for the POWs for about two months. 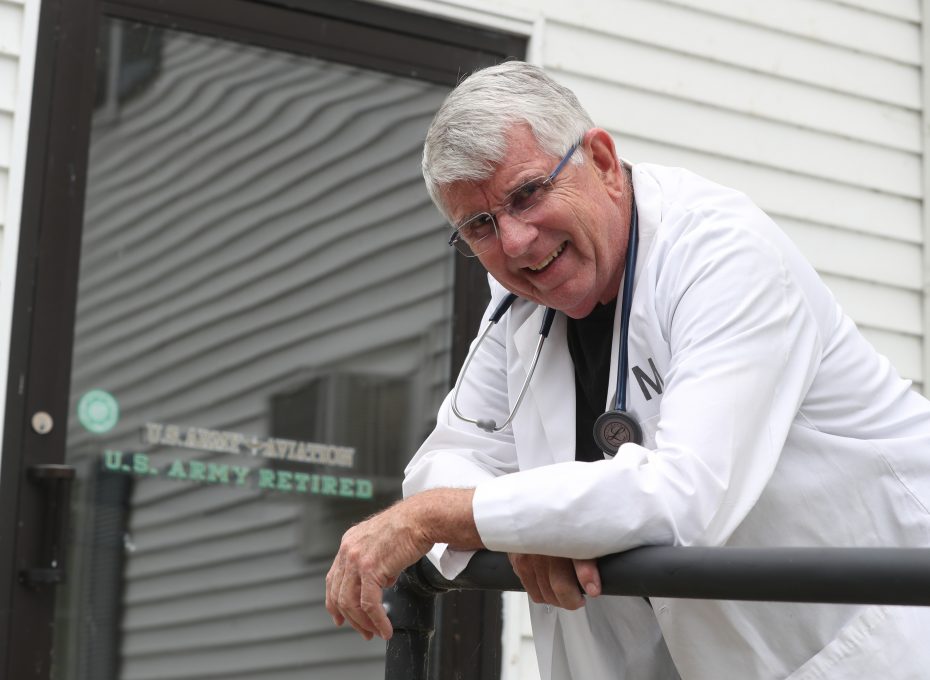 A couple years later, he was activated to Germany and Bosnia, where he worked as a battalion surgeon running the life support area. The tour lasted about nine months. When he returned, he was promoted to command the 865th combat support hospital in Niagara Falls. He returned to Bosnia, where he was the flight surgeon for a large helicopter detachment flying surveillance missions.

After he returned stateside, he joined the Army National Guard.

During the second Iraq war he served as a battalion surgeon for part of the 142nd Cavalry. He was commander of a battalion station, caring for about 1,000 soldiers. The primary mission was to stabilize injured soldiers until they could be evacuated.

"The scariest part to me, primarily in Iraq, was the randomness of when a mortar round or rocket would land on your base. It was so random, you had no protection against that event," he said.

Eventually, he decided to step down from the Army.

"I retired just prior to my fifth deployment," he said. He was 60 at the time, and had served 12 years on active duty.

He said he struggled with the decision on that first deployment for about a half hour, because of the responsibility he felt to his patients. He is grateful he survived, although he has had some guilt about that.

"I feel proud and glad that I served, and lucky I decided to do that," Plumb said, but he added, "Many of my fellow soldiers did not return to this country with their body or brain intact."

After retiring from the Amy, Plumb was director of family medicine at Niagara Falls Memorial Medical Center. He also worked for Catholic Health System, caring for veterans in Springville.

He continues to give pilot physicals, and for about five years he has been helping people with opioid addictions.

"First I thought it would be a very bad experience. It's been the most amazing medical experience of my life," he said of his work as director of addiction medicine with BestSelf Behavioral Services.