When Donald L. Rust was named plant manager for General Motors' Town of Tonawanda engine-making complex in 1983, the situation was dismal.

Production had plunged amid an economic slowdown. More than 2,500 workers were on layoff. Union-management relations were tense.

Just after Rust took over as plant manager, he was summoned to Detroit by Robert Stempel, the head of GM's Chevrolet division. Stempel told Rust the plant had to make progress quickly, if it wanted to avoid a shutdown.

Welcome to your new job, Don.

But rather than get discouraged, Rust got to work.

What followed was a 13-year tenure that was a turning point for GM's River Road facility. Productivity improved, marked by a world record for a single day of engine making. Employees even dove into promoting sales of new GM cars and trucks, and received special jackets for their efforts.

If the story sounds like the makings of a book, it's become one. Rust and Alan G. Weinstein, a professor emeritus at Canisius College, teamed up to write "Unleashing Human Energy Through Culture Change: From a Toxic Culture to a High Energy, High Performance Organization"  (Arliss Publishing). Many of the book's defining moments are from Rust's time leading the Tonawanda plant.

It's not simply a look back at Rust's long GM career. The co-authors say they hope other employers will learn from Rust's experiences and create a better working environment that benefits everyone involved.

Rust, 85, retired from GM in 1996 and still lives in Orchard Park. A decade ago, the Tonawanda plant survived a different threat to its survival – the Great Recession – but has rebounded in recent years. The complex now employs nearly 1,600 people and remains a cornerstone of local manufacturing. 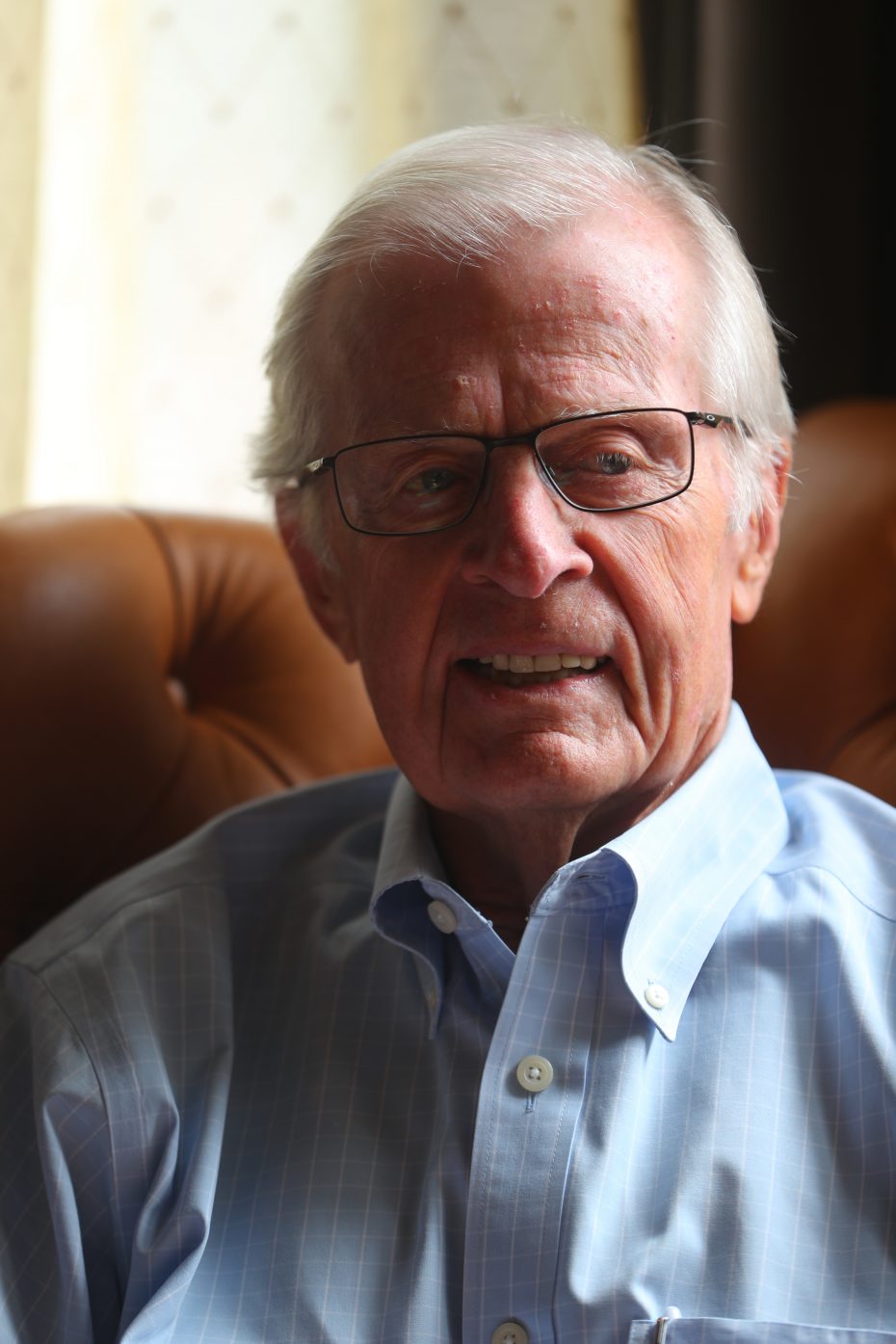 GM's Tonawanda site has won praise as a place where management and United Auto Workers Local 774 work together to make the plant competitive for new investment and engine lines awarded by GM.

Rust grew up on a farm in Minnesota. He earned an engineering degree at General Motors Institute and began his GM career in the 1950s. He had walked into adversarial situations at other GM plants where the automaker assigned him, and learned how to make headway.

By the time he was named the Tonawanda plant manager, he had already worked as a superintendent there, and had headed up GM's neighboring forge, so he was familiar with the local operations.

After hearing GM headquarters' warning for the Tonawanda plant to shape up or else, Rust shared the news with the plant's workers. They responded quickly, approving a local labor agreement that the plant had lacked.

Rust had built a good reputation with workers at other GM facilities, which carried over to his new job, Weinstein said.

"I think there was some trust in Don," Weinstein said. "I think that's where the workers had some hope. It mushroomed from there."

Rust's management style had served him well in other GM plants: treat workers with respect, listen to their concerns, and work together on solving problems.

He credits UAW leaders at Tonawanda with being committed partners. Rust made it a point to get out on the floor and talk to workers, which wasn't typical for a plant manager back then.

John Kaczorowski, a former UAW Local 774 president, remembers union members were skeptical at first, but Rust won them over.

"He was great," Kaczorowski said. "He came in when the plant was going downhill. He said he was going to make it work."

Kaczorowski said Rust built a good relationship with shop chairman Al Eckler, and he made connections with the union's rank and file members, as well.

"He had a commitment," Kaczorowski said. "His door was always open. He walked the plant, talked to people, [asked], 'What can we do?' "

Two stories in the book in particular illustrate Rust's tenure as the Tonawanda plant manager: the employee sales force and the world record.

The sales force idea grew out of an important victory. The Tonawanda plant was awarded production of not one but two engine lines, for the Chevy Corsica and Beretta. The new investment was a boon. But what if no one bought the cars?

Rust wondered whether employees could get involved in the sales and marketing side of the business. He found the workers liked the idea, and top officials at GM and the UAW gave their blessing.

Plant employees went about encouraging their friends, neighbors and relatives to buy a new Corsica or Beretta from a dealer. "Workers embraced this new role without commissions, incentives or other compensation," Rust and Weinstein wrote.

But they did get recognition. If a sale went through, an employee received a jacket with "member, Chevrolet sales team" embroidered on the back. After helping generate a sale, an excited employee would show up at Rust's office and say, "I got one."

Employees proudly wore the jackets around town. Rust also printed up business cards for employees, identifying them as "business partners." As the program grew in popularity, it was expanded to include the sale of any new GM car or truck. The sales program spread within GM. 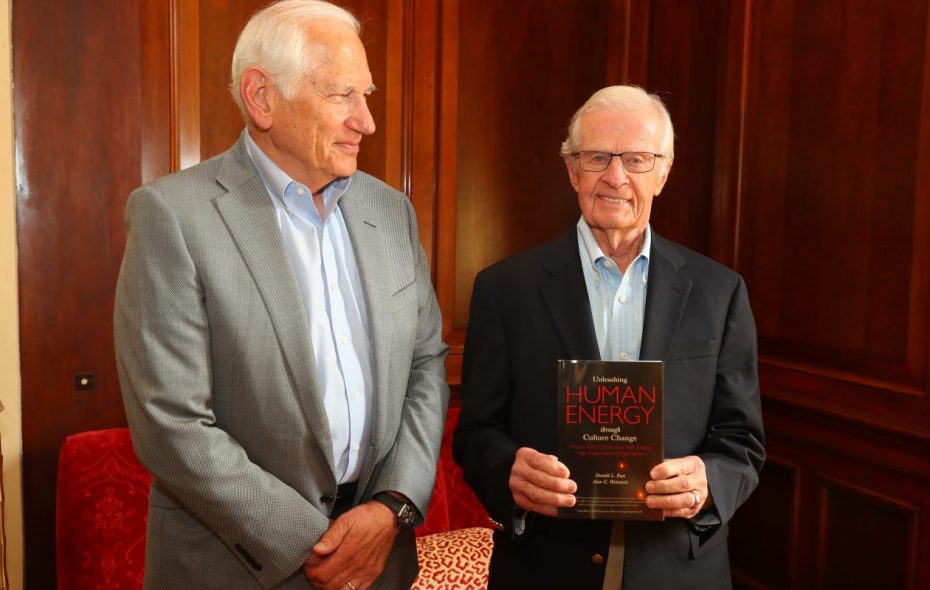 Donald Rust, right, a former GM plant manager, and Alan Weinstein, a former Canisius College professor, teamed up to write a book about GM’s Tonawanda plant. The co-authors say they hope other employers will learn from Rust’s experiences and create a better working environment that benefits everyone involved. (John Hickey/Buffalo News)

The attempt at a world record arose from a question: How many engines could the Tonawanda plant's workers make in a single day of all-out production? Management and union officers discussed the idea and agreed to go for it.

"It would be a day when everyone would help build engines, no matter what their regular job may have been," the authors wrote.

The date was June 22, 1988. After work got underway, employees good-naturedly removed Rust from a V-8 production line because they said he was slowing things down, and gave him another task. When the day's output was complete, the plant had built 8,832 engines. (When Rust comes across employees who were there, he says they can still quote that number on the spot.) On a typical day, running with two eight-hour shifts, the plant could make about 6,500 engines, or about 8,000 on two 10-hour shifts without disruptions.

"The energy that was given by people voluntarily just to do this was amazing," Weinstein said.

Rust sent a telegram to GM headquarters. But when GM executives promptly called, they only wanted to know if the record-setting day had cost the company more money, and whether quality had suffered, Rust said. While the answer to both questions was "no," Rust felt the executives missed out on something important: sharing in the pride the managers and workers felt about their accomplishment.

Weinstein, an industrial and organizational psychologist and executive coach, said stories like the employee sales force and the world record show the power of "unleashing human energy" from employees. When employers make workers feel more secure about their jobs, make their work more interesting, and get them more involved in the business, the workers respond positively and productively, he said. "There's so many things you can do to engage people."

Rust said it is a basic thing to think about: "What causes an employee to hate getting up on Monday morning to go to work? What are the causes and what can you do about it?

"Ideally, you want the guy to be rambunctious about getting back to the place because he enjoys being there, he enjoys what he's doing, he enjoys who he's working for, he enjoys the company," Rust said. "A lot easier to let the energy flow then."