Buffalo beer history is all around us, if we just know where to look.

All we have to do is drink it in.

At one point, Buffalo was home to hundreds of breweries. The number fell when Prohibition descended, but when the ban was lifted, the business bounced back. Many of the brick behemoths that once housed breweries are still around us — some in ruins, others repurposed, all of them eloquent testaments to what once happened here.

And is happening, again. All is not lost. Once more, breweries are burgeoning in Buffalo. It's fun to celebrate the past, while keeping an optimistic eye on the future.

Working closely with Peter Jablonski, Buffalo beer history expert, we put together a list of great historic brewery buildings before which we may stand, awestruck at the achievements of previous generations. Let us follow in the footsteps of some of Buffalo's greatest brewers. 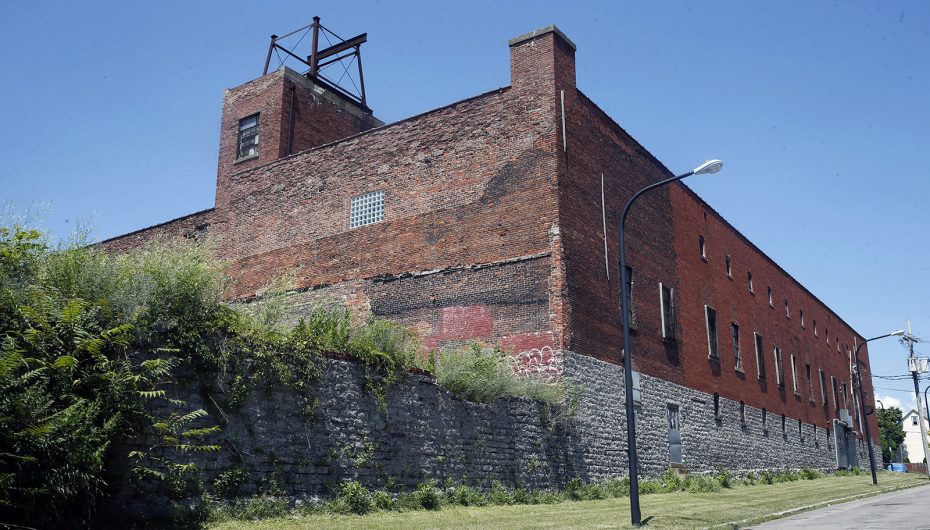 Getting there: Head west on Porter Avenue, toward the river. Across from the entrance to Front Park, you will find Lakeview Ave. Turn left on Lakeview, drive a block or so to Jersey Street and there, on the corner, are the massive brick remains.

Notes: The brewery was opened in 1868 by Alois Schaefer, but closed in 1920 because of Prohibition.

Getting there: Make your way downtown. Buffalo brewer Albert Ziegler founded a brewery in 1850 on Genesee Street, then moved it to Main Street, where it was located from 1855 to 1887. On July 21,1887, it burned to the ground.  Ziegler rebuilt it at the corner of Washington and Virginia streets and named it the Phoenix Brewery because it rose from the ashes.

Note: If you scrutinize the top on the Washington side, you can see the date 1888. The left, shorter side of the building was the brewery office. As befits its name, Phoenix has risen from the ashes again. It is now the Phoenix Brewery Apartments and looks absolutely spiffy.

Getting there: Head out on the Kensington Expressway. On the corner of Cherry and Spring Streets, notice an auto repair garage all fenced in. The white brick building was once the brewery.

Note: It once housed 17 different breweries, according to Buffalo Brewery historian Dave Mik.

Getting there: Take the Best Street exit, take Best to Fillmore, turn right, pass the Broadway Market, and on your right, between Broadway and Paderewski Street, you will find the impressive edifice that once housed the brewing company.

Note: Born in Poland in 1864, Schreiber moved to America in 1881 and to the Buffalo area in 1899. He remembered his Polish roots and named his signature beer Manru, after an opera by Paderewski. "Manru" used to be written on the big smokestack. The central part of his brewery complex is intact, its front covered with peeling light blue paint.

Getting there: Turn around on Fillmore, head back to Broadway and make a left. Go about a mile and turn left onto Pratt Street. On your left are the remains.

Note: Much of the roof seems to be gone, trees are growing inside it, and the edifice seems at this point little more than a facade. 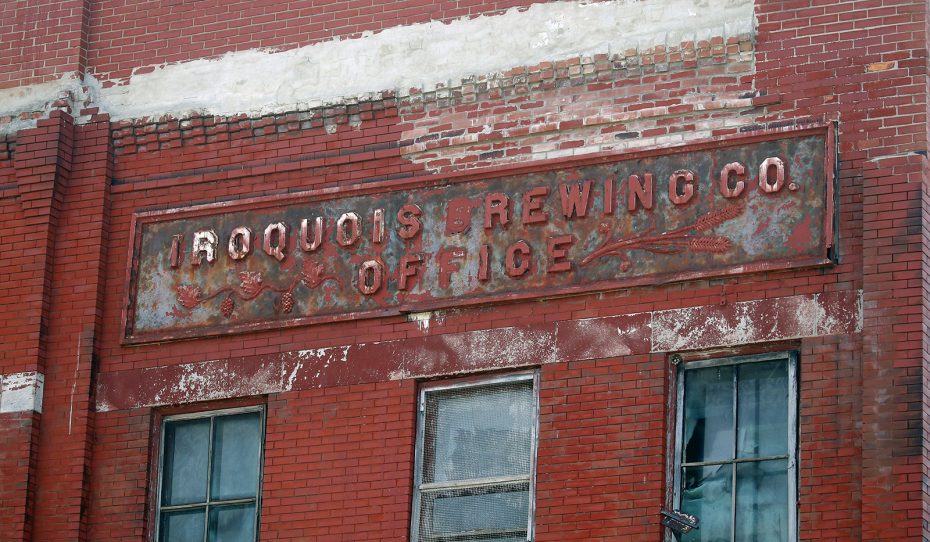 The Iroquois Brewery traced its lineage to the Jacob Roos Brewery, which dated back to 1842. (Robert Kirkham/Buffalo News)

Also on Pratt Street, across from the Kleinschmidt Malt House

Getting there: Turn around to see the massive brick complex that once was the Iroquois Brewery.

Getting there: Continue south on Pratt and turn right on William Street. Take the first left onto Hickory Street, and then the second left onto Clinton Street. Go about a half-mile and on the corner of Emslie Street, you will see what is left.

Note: The painted sign on the red brick building is fading, but you can still read it. If you look carefully, you can see a carved stone sign in white, "The William Simon Brewery Bottling Department," and another, "1910." This was the last of the historic Buffalo breweries.

Getting there: Continue down Clinton for a little over a mile and a half. You will see Battenfeld Oils and Greases. This is the massive building that once housed this brewery, owned first by Kaltenbach and later, beginning in 1920, by Frank X. Schwab.

Note: During Prohibition, the feds raided Schwab's brewery, found illegal beer, and indicted him. Shortly after that, he ran for mayor – as a joke, the story goes – and won, and served two terms. 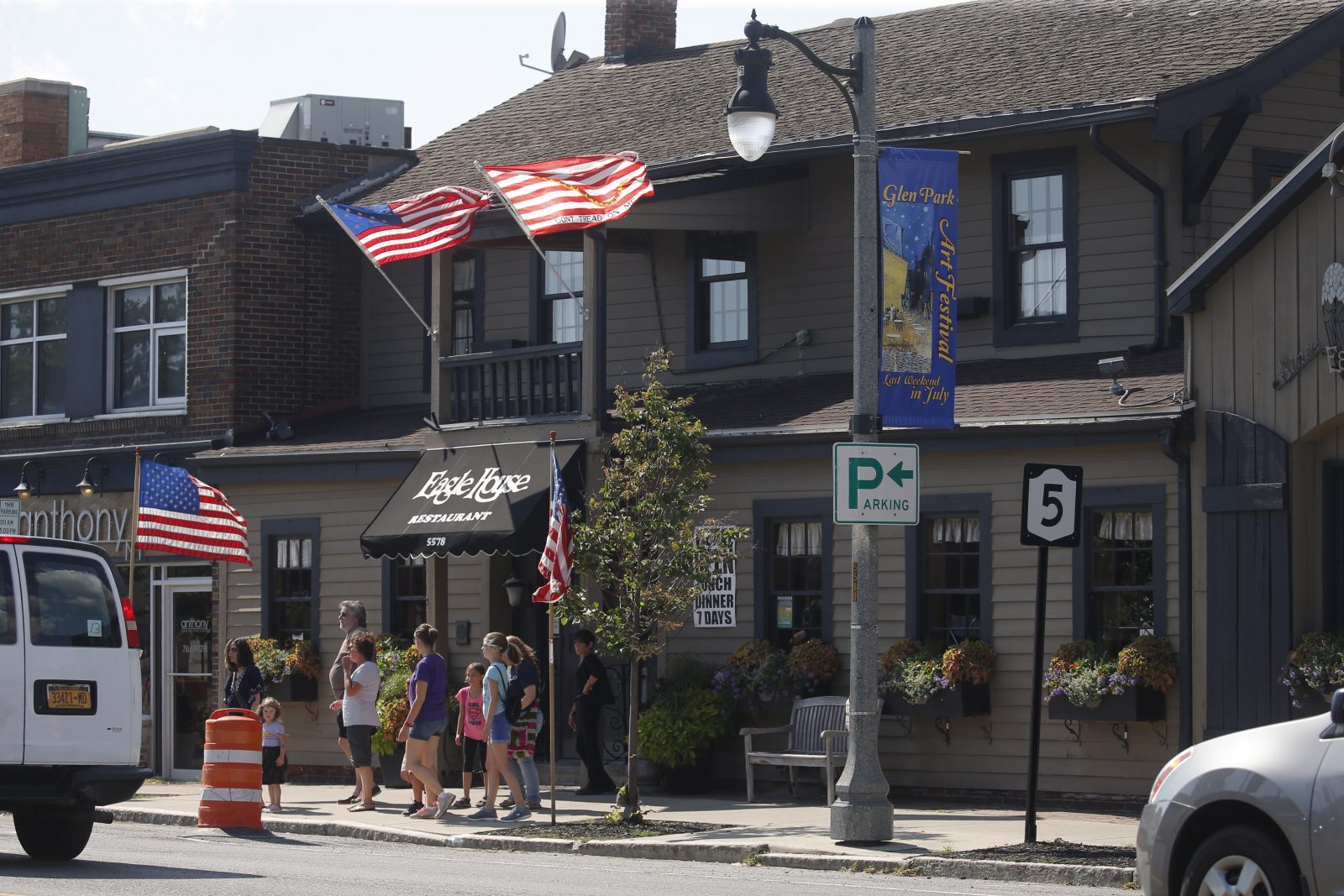 Finally, raise a glass to Buffalo's beer-brewing past at a historic pub that dates to those times. Here are some options: