Seven hundred surveys about LaSalle Park, in seven languages, have been submitted in person and online as part of the summerlong effort to learn more from those who use the Buffalo waterfront park.

What's more, a diverse group of 21 people will visit parks in New York City, Chicago and Cincinnati this month to get other perspectives of what LaSalle could be.

A $1 million grant from the Ralph C. Wilson, Jr. Foundation will help pay for the deep look into LaSalle Park, as well as for assessments of 10 other city parks for sports and recreation improvements. The effort includes identifying a potential location for a fieldhouse in Buffalo.

The Imagine LaSalle initiative has solicited West Side residents, special-event users, sports league participants and others for feedback.

"It's important to understand who's using the parks, how they're using them, how people are accessing these parks and what some of the challenges are in how they relate to these spaces," said J.J. Tighe, who directs the parks and trails initiative for the foundation's Liveable Communities project.

"This isn't about us coming in and doing this work, but getting to know the organizations and where the opportunities are, and then working with some of those great groups," Tighe said.

Imagine LaSalle, launched to see what changes park users would like to see, builds off an updated 2017 master plan done by the city.

Access into the park has been a barrier for some, resulting in the park being underutilized, said Laura Quebral, who directs the University at Buffalo's Regional Institute.

"People are excited about the reactivation of the waterfront, and making the connections to all the other great things happening along the water," she said. 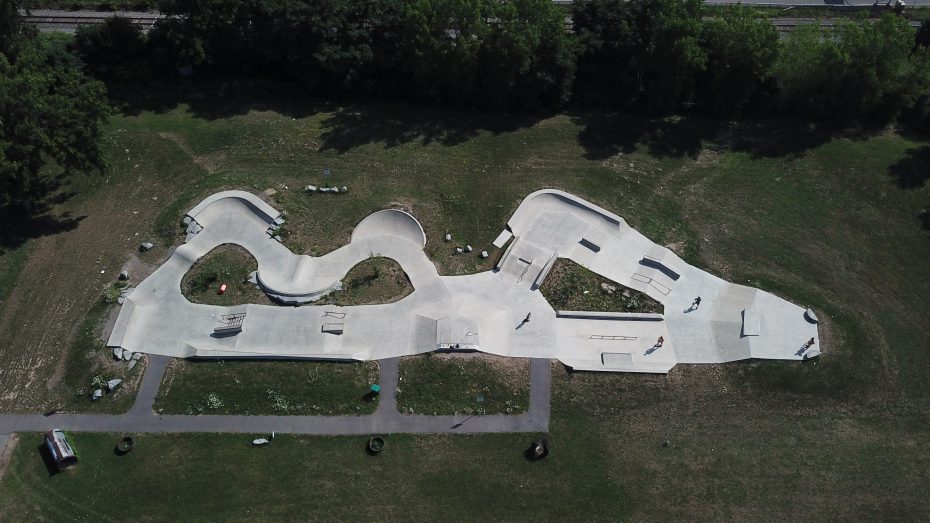 A skateboard park is a major feature of LaSalle Park. (John Hickey/Buffalo News)

The initiative counts on those traveling to other parks for insight.

"They will have field notes," Quebral said. "We want to bring those ideas back, and use their energy to keep feeding the process."

The Wilson Foundation has employed a similar process for West Riverfront Park in Detroit, where the foundation also works.

The parks could see major enhancements over time, thanks to the planning effort.

The foundation is providing the money under its parks and trails initiative.

Requests for proposals have been sent to architecture and engineering firms this month for assessments of the city parks.

A potential location for a fieldhouse in Buffalo is being examined through a separate request for proposals, also issued this month.

"This is an opportunity to make an impact on the quality of life by creating great open spaces in the city and the region," Tighe said of the foundation's Liveable Communities project.

"Beyond that, it provides the opportunity to look at these green spaces as parks and trails for everybody, and to look at the connections both within the community and between communities throughout the region," Tighe said.

The funds are being administered locally through the Community Foundation for Greater Buffalo.

"I thank the Wilson Foundation for investing $1 million to support parks and trails in Buffalo, and for their continued commitment to supporting the Community Foundation for Greater Buffalo," Mayor Byron W. Brown said in a statement.

The foundation is committed to spending $1.3 billion until January 2035, divided roughly evenly between the two regions.