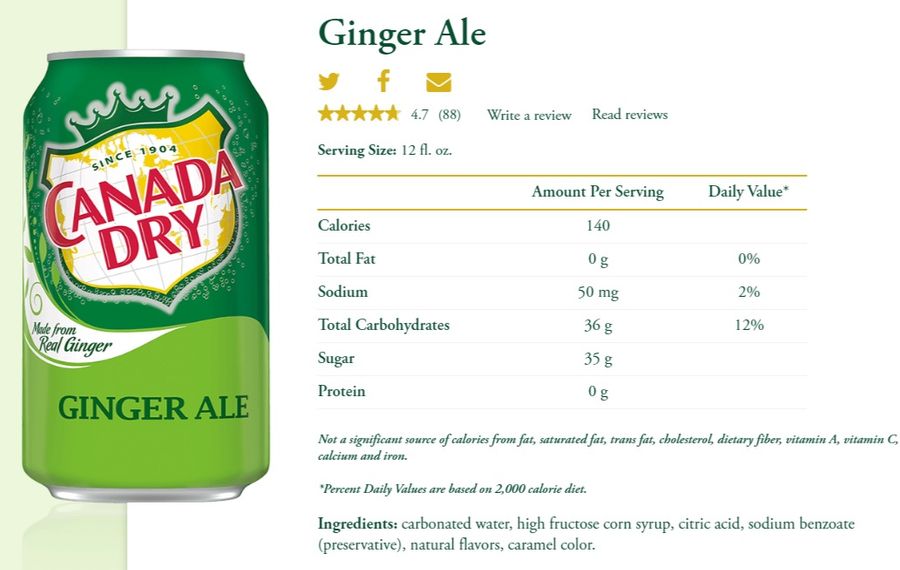 Like thousands of other moms, Julie Fletcher gave her kids ginger ale for an upset stomach.

Even then, the soothing effects of ginger root were well-known.

Years later, the Allegany County mom says she discovered that, despite advertising to the contrary, there is very little ginger in Canada Dry's ginger ale.

Instead, she found carbonated water and high fructose syrup among the main ingredients in the two-liter bottles she tended to buy.

In her eyes, Canada Dry needed to pay.

Earlier this month, Fletcher, a resident of Bolivar, a village of about 2,200 people east of Olean, filed a federal court lawsuit in Buffalo against the owners of Canada Dry ginger ale.

She claims the company misled her by promoting its ginger ale as "Made with real ginger."

"Ms. Fletcher believed this meant that Canada Dry was made using ginger root and was, as a result, a healthier alternative to regular sodas," Michael J. DeBenedictis, her lawyer, said in the lawsuit.

Fletcher claims the years of false advertising hurt her economically, and she is asking for an unspecified amount of damages. She also wants to turn her legal challenge into a class-action lawsuit open to other consumers.

In her court papers, she said her gripe with Canada Dry dates back to her days as a young mother who saw ginger ale as a healthier option to other sodas and as a helpful remedy for stomach upset.

"Ms. Fletcher knew that ginger root can calm an upset stomach and she purchased Canada Dry when her children were sick, believing that the ginger root in the beverage would soothe their stomach aches," said DeBenedictis, a lawyer in Cherry Hill, N.J.

Fletcher could not be reached to comment and her lawyer did not return several telephone calls to his office.

Fletcher is not the first person to sue over the lack of ginger in Canada Dry ginger ale. Similar suits are pending in Massachusetts and California.

A third lawsuit in Missouri was dismissed when the lead plaintiff in the class action case requested an end to the case.

The dismissal came after the judge refused to end the suit and pointed to "independent laboratory" test results showing Canada Dry ginger ale does not contain a detectable amount of ginger.

The judge also found that, if the results are accurate, "a reasonable consumer would be misled into believing that the product contains at least some detectable amount of ginger."

In that same lawsuit, Dr. Pepper, which makes Canada Dry, offered a glimpse at its defense, including an attack on the credibility of those same lab tests.

Just because a laboratory cannot detect ginger in the drink does not mean the ingredient is not present, the company argued in Missouri.

“Plaintiffs’ entire theory of falsity rests on a single-sentence conclusion that some never-identified ‘independent laboratory’ tested some unspecified beverage, in a never-disclosed way at a never-alleged time," the company said in its court papers.

Dr Pepper also claims that, contrary to what Fetcher claims in her suit, ginger is used to make the “natural flavoring” added to Canada Dry ginger ale.

In the California suit, Jackie Fitzhenry-Russell and Geghman Margaryan are making the same claims as Fletcher.

The same is also true of the Massachusetts case and Sam Fisher, the plaintiff there. All three cases contain most of the same facts and allegations.

In her court papers, Fletcher refers to the amount of ginger in the soda as "miniscule" and claims the "natural flavor" listed on the label is a flavor compound not derived from ginger.

"The microscopic amount of ginger flavor extract provides none of the health benefits consumers associate with real ginger," her lawyer says in the complaint.

In her suit, Fletcher claims the emphasis on "Made with real ginger" came about in 2007 when carbonated soda sales were falling and "Big Soda" was reaching the same negative status as tobacco years earlier.

She says the company wanted to market ginger ale as a healthy alternative to other sodas and adopted the real ginger slogan as part of a new advertising campaign.

In her suit, she includes links to Canada Dry's TV advertisements, most notably the "Jack's Ginger Farm" ads that started in 2011.

The ads, she says, show a worker pulling up a stalk of ginger and finding a can of Canada Dry ginger ale, instead of a root. The voiceover narration says "real ginger, real taste."

To hear Fletcher talk, the campaign worked. She says sales increased more than 8 percent in the months following the start of the campaign and increased every year for the next 10 years.

Her lawsuit against Dr. Pepper, filed in mid-July, is being heard by U.S. District Judge Elizabeth A. Wolford.