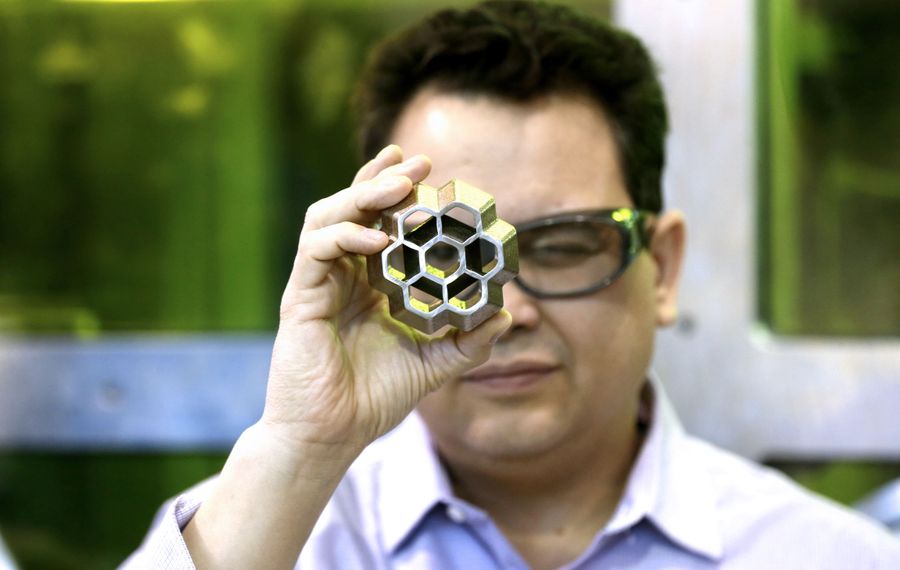 Efforts to complete the second half of a major Northland Corridor project took a step forward when the Erie County Industrial Development Agency approved a package of tax breaks for the renovation, upgrading and equipping of the building.

ECIDA gave its assent to $1.94 million in additional sales tax savings, on top of $2.32 million it already granted for the first phase of the state-funded project. The agency also previously approved $2.48 million in property tax breaks and up to $250,000 in mortgage recording incentives.

The Buffalo Urban Development Corp. is converting a 239,314-square-foot former manufacturing facility, located on 10 acres at 683 Northland Ave., into the central component of the new 35-acre light-industrial economic development hub on Buffalo's East Side. That's part of a joint city-state venture to bring more jobs and investment to long-impoverished neighborhoods of the city.

The project - whose total government support now exceeds $100 million, half from the state - is anchored by the Workforce Training Center, which is slated to open by September. That will occupy about 100,000 square feet of the building to train 300 to 350 low-income city residents per year in a variety of advanced manufacturing skills.

In all, the first phase of work at the site totals about $58.1 million, and involves the renovation of 118,000 square feet of space for the training center and some additional space for small light-industrial companies.

But the rest of the facility – totaling 121,346 square feet – will be taken up by Buffalo Manufacturing Works and other tenants. The manufacturing works will occupy a 51,000-square-foot applied research and development center, while another 56,061 square feet is reserved for private-sector, light-industrial tenants, expected to employ up to 284 people. The remaining 14,285 square feet is for common tenant facilities, such as loading docks and mechanical rooms.

Buffalo Manufacturing Works, operated by EWI, works with companies across North America to develop and implement cutting-edge manufacturing techniques that will enhance their competitiveness, make them more productive and help them grow. It's a partnership of industry, research and academia, designed to help up to 100 local manufacturers each year, according to BUDC's application to the ECIDA.

That second phase of the build-out will cost about $41 million, including $32.27 million for renovation, $6 million for furniture and fixtures, $2.1 million for professional services and $600,000 for other expenses. BUDC said it needed additional ECIDA help to save money on the purchase of equipment and furnishings.

The 106-year-old building at 683 Northland is the former headquarters for Niagara Machine & Tool Co., and is listed on the National Register of Historic Places, so the project is eligible for $10 million in state and federal historic tax credits. It's also a brownfield site contaminated with PCBs, "volatile organic compounds" and other pollutants, so it qualifies for state brownfield cleanup tax credits. And the project is funded in large part with $25 million in Buffalo Billion money, as well as cash from other state sources.

Even so, BUDC claims, "the extraordinary costs" of the project – including the historic preservation requirements, remediation expenses and energy-efficiency investments for an aging building that's been empty for 20 years – "exceed the available resources." So without the ECIDA's help, BUDC warned in its application, "the scope of the project may need to be reduced."