Thousands of music fans moseyed from stage to stage at the Warped Tour on Wednesday at Darien Lake. Dozens of bands played the punk-focused summer festival that has crisscrossed the U.S. since 1995.

After this summer, Warped Tour founder Kevin Lyman has announced that it is a wrap. His long and sad post on the tour site sounds regrettable that Warped Tour won't be hitting its silver anniversary. As is rock tradition, however, a reunion or revival is probably somewhere on the horizon.

There was a slight air of finality on Wednesday, with several bands shouting out their farewells to the festival. Some mentioned their other rock endeavors as a consolation.

A friend had reported early in the day that conditions at Darien Lake were muddy as there had been rain, but mushy areas were largely avoidable. A few fans, however, did sport some mud streaks on clothing and faces. Rose Russell, who has proudly been to the last five Warped Tours, was barefoot with caked-on mud up to her ankles. "Someone stepped on my flip-flop and it broke." Her best friend, Theresa Bietka, lamented that Warped Tour is history: "I can't bring my future, non-existent children to this."

The pair was awaiting, along with thousands of fellow fans under the amphitheater, the arrival of Asking Alexandria to the stage. The British band performed a short set, ending with its mega-hit "Alone in a Room." 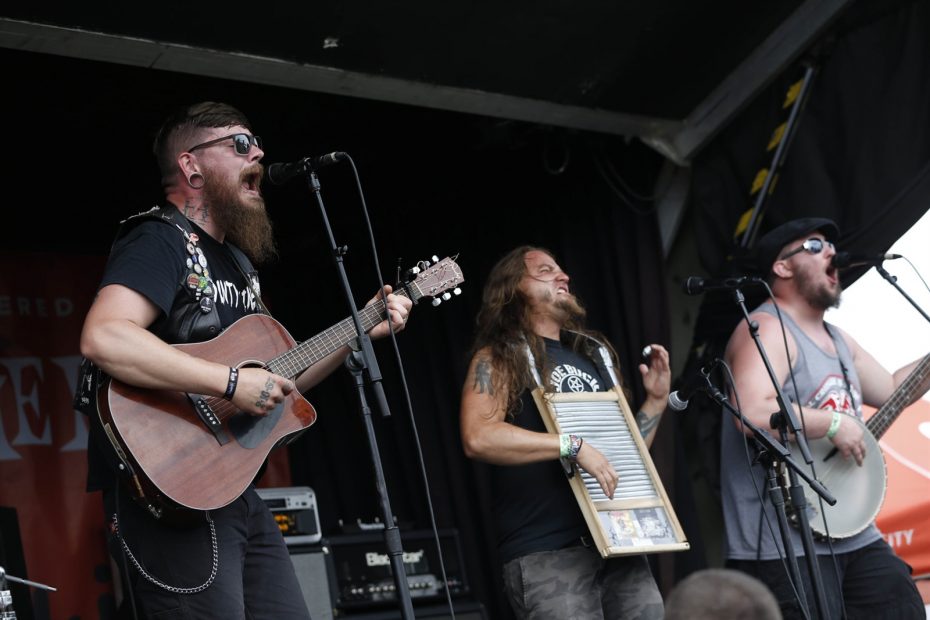 On the nearby Korner Stage, hardcore local guys of On the Cinder inspired some light moshing, triumphantly ended "Focus Train" with lead Jason Wright shouting "That what Warped Touring is about!" The band's merch table featured perhaps one of the day's best T-shirts: "Defend Pop," featuring a sideways, illustrated plastic bottle lest anyone think it means the musical genre.

Far from the Korner Stage, on the equally small Transform Stage, was metalcore Hall of the Elders from Atlanta. These two micro-stages mean near-face-to-face experiences of the music, with lead singers joining smaller gatherings of fans at ground level for dancing or to shout lyrics directly into recipients' ears. A little later, back at Korner Stage, Kosha Dillz, two-piece rap/punk ensemble, provided one of the most lighthearted and memorable sets of the day, as lead singer Rami Matan Even-Esh cajoled some to join him: "Come here you four guys, come see the show. You get to see me kill it." 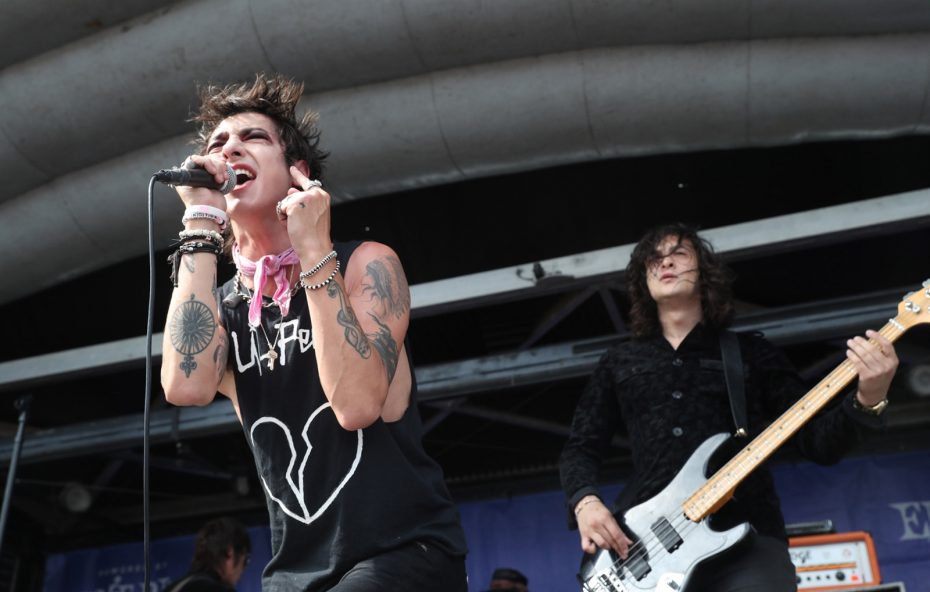 Performing at the Warped Tour was the art rock band Palaye Royale, originally from Toronto but now based in Las Vegas. (Sharon Cantillon/The Buffalo News)

One of the day's largest gatherings under the amphitheater was for pop-rockers/rappers 3OH!3 with ultra-unavailable singer Sean Foreman introducing "Choke Chain" by saying "This goes out to all the ladies out there." On the Full Sail University stage charmingly sloppy Kaiser Solzie inspired co-ed moshing as Warped Tour worker bees, those manning tents for merch and non-profits, packed it up for the next city on the farewell tour.

See photos of the bands and fans at the Warped Tour