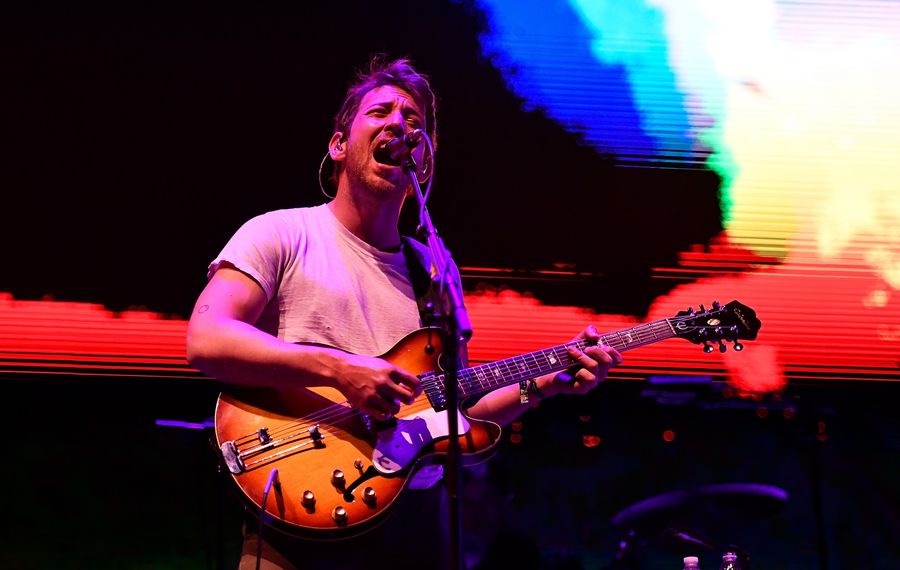 Seattle's lush and harmony-rich indie-folk act Fleet Foxes will make its much-anticipated return to the area with an engagement at Artpark, the band's first area performance since 2008.

Following the release of its triumphant second album, the 2012 Grammy nominated "Helplessness Blues," drummer Josh Tillman left the group to reinvent himself as the sardonic crooner Father John Misty (coincidentally, Tillman plays Canalside on July 26). The band went on a break in 2014 while lead singer and primary songwriter Robin Pecknold did a bit of soul searching in addition to earning his college degree at Columbia University.

Fast forward to 2017, Fleet Foxes ends its hiatus with the announcement of the complex and cerebral record "Crack Up," which the act is still touring to support this summer. While doing press for the band's upcoming slew of dates, Pecknold teased some "fresh music" for the live outings, so fans may not have to wait another five years for the next release.

Last seen locally delivering an exhilarating sold-out show at Town Ballroom in the fall of 2010, Canadian indie-rock heroes Broken Social Scene will finally return to Buffalo to headline the second installment of Cobblestone Live! this weekend.

Currently touring with as many as 12 musicians in tow, the sprawling, communal collective includes members of such fellow Canadian acts as Metric, Stars, Feist, Do Make Say Think, Apostle of Hustle. The band resurfaced last summer after a prolonged hiatus - the 2010 show was part of a farewell tour - to share its spirited new album "Hug of Thunder."

"We are thrilled to have Broken Social Scene headlining Cobblestone Live! this summer," said festival co-founder C.J. Cook of Sunbeam Entertainment. "The band has not played the area in nearly eight years and draws from a wide demographic."

Broken Social Scene's set will be preceded by a full day of music throughout the Cobblestone District including performances by local groups Humble Braggers, Ugly Sun, Aqueous and Feverbox as well as touring acts Ratboys and the Sheepdogs. A full schedule of Saturday's lineup can be found here.

The Smashing Pumpkins released its much-revered sophomore album "Siamese Dream" 25 years ago and to honor the occasion, local alt-rock tribute act Kurt and the Loders is tackling the 1990's classic at Mr. Goodbar's upstairs space the Attic.

After an opening set that will see the band perform album cuts like "Soma," "Disarm" and "Today," the following set will feature additional favorites from the  Smashing Pumpkins discography that dates back to 1991. The Loders also will be taking requests so feel free to shout one out. Dare I request some Zwan?

This weekend's show will see the group continue to chug along following the departure of former leader singer Zak Ward, who is moving on to focus on his full band project First Ward. Taking his place is Tim Lipps, formerly of the melodic, post-hardcore act Great War.

The Loders' tribute showcase comes at a rather timely moment as the real-deal Pumpkins has just returned to the road for a reunion tour. The "Shiny and Oh So Bright" tour features the band's classic lineup (minus original bassist D’Arcy Wretzky) for the first time since 2000. The tour set list is said to be culling material from the group's first five releases.

Given the Attic's intimacy, only 100 tickets were made available for this event, so do not expect many, if any, to be available at the door. Grab a pre-sale ticket here before it is too late.