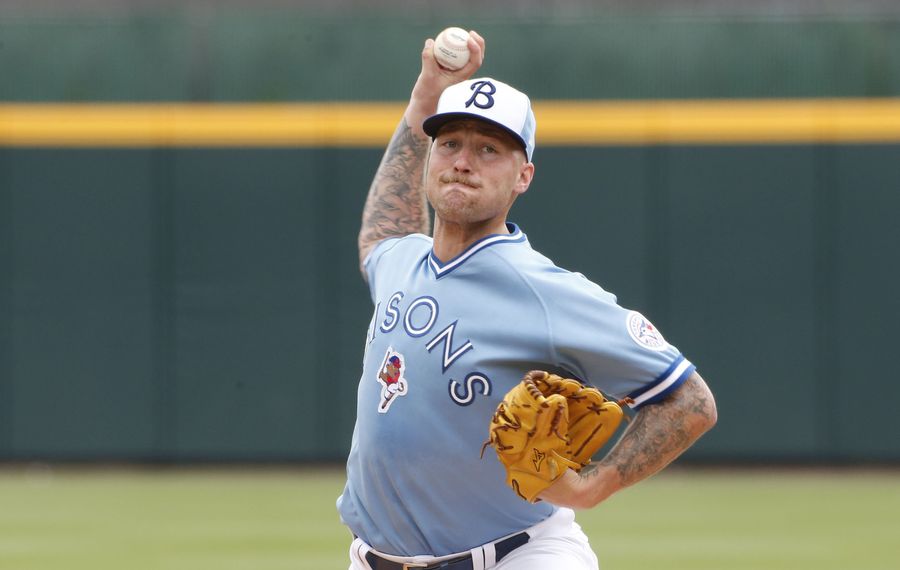 On the heels of one of the hottest stretches by a starting pitcher in recent Buffalo Bisons history, Sean Reid-Foley has been named International League Pitcher of the Week.

Reid-Foley (7-2) became the first Bison to get to seven wins this season when he pitched six shutout innings in Sunday's 5-3 win over Durham in Coca-Cola Field. In his previous start of the week, the right-hander gave up one run on one hit over six innings in a 7-3 win over Norfolk.

Reid-Foley, 22, went 5-0 at Double-A New Hampshire before being promoted to Buffalo. In his last six starts with the Bisons, he's 5-0 with a 2.00 earned-run average, allowing just 20 hits in 36 innings. Over that span, he has 42 strikeouts and just 12 walks.

Reid-Foley is the second Bisons pitcher honored by the league this season, as Ryan Borucki earned the honor for the period from June 18-24.

The Bisons were off Monday and open a nine-game road trip – with three doubleheaders in six days – during a twin bill Tuesday in Louisville.

As Vladdy Jr. Watch continues, Bisons will get Estrada and Osuna from Jays to open trip