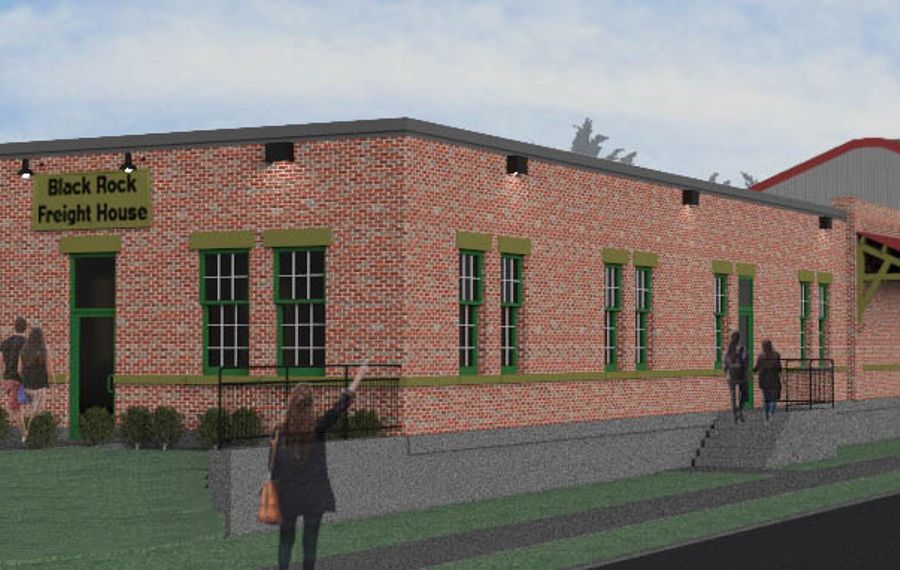 Contractors for developers Karl Frizlen and Jason Yots are preparing to start work this month on their conversion of the former New York Central Railroad freight house building into a mixed-use project, but the significant deterioration in the building is making the project much more complicated than originally envisioned.

Frizlen said Wednesday that BRD Construction, whose principals Mike and Dennis Masters are also part-owners of the project, will start tackling the interior demolition and reconstruction of the 800-foot-long narrow building at 68 Tonawanda St. in the next two weeks.

The developers are planning to turn the building into the Black Rock Freight House, with 35 apartments and about 3,000 square feet of commercial space. The $10 million project – an adaptive reuse effort that will be overseen by the State Historic Preservation Office – is expected to take about a year to complete.

But the task is harder than the team originally anticipated two years ago, because the roof caved in on the southern portion, leaving the interior exposed. As a result, conditions are "much worse than expected," he said.

"The building is in really bad shape," Frizlen said. "We have to rebuild portions of it, and we have to do it under SHPO regulations. It'll take quite a bit to bring that building back, but, hey, we're committed to it."

The deterioration, as well as a higher estimate of $700,000 in brownfield cleanup costs, drove up the total expenses of the project, which involved more environmental investigation, research and cleanup than expected. The developers also discovered that some of the building's massive beams are rotten, Frizlen said.

"You only see that when you pull the insulation off and take the decking off, and see what you really have," he said.

That had prompted the developers to seek $344,500 in sales and mortgage recording tax breaks from the Erie County Industrial Development Agency this month – on top of a 485-a property tax credit from the city, as well as $3.5 million in brownfield and historic tax credits that the project will qualify for. The developers later withdrew their ECIDA application after obtaining a Better Buffalo Fund loan.

"We hope we can make it up in lease costs," Frizlen said. "We're still starting fairly low, but we will have to crank it up a little bit to make the whole project financially sustainable."

The developers are slicing the 29,640-square-foot building into loft-style two-bedroom apartments, with a mezzanine floor for some of the units on the north end to create an upper level with an extra bedroom. The building, which will total about 42,115 square feet of mixed-use space upon completion, also will have about 3,043 square feet of retail space, as well as 65 parking spaces behind and to the side.

All of the units have ground-floor entry, with parking in front, much like a townhome, instead of tenants entering from a common interior corridor. Rents for the units, which are all the same size, are set at $1,393 per month.