The Buffalo mother whose 2-½-year-old son died Tuesday said she doesn't believe her boyfriend intended to kill her child.

Keona Owens, 22, told The Buffalo News her boyfriend, Bashar Hall, loved her son like he was his own.

Hall, 23, was charged with first-degree manslaughter and was being held on $500,000 bail Wednesday afternoon in the Erie County Holding Center. He was arrested Tuesday night at Buffalo Police Headquarters.

"Neither of them deserve this," Owens said.

Police and firefighters were called to the family's home on Weaver Street in the city's Kaisertown neighborhood about 2:40 p.m. Tuesday after someone inside the home called 911, Flynn said. Communications over Buffalo Fire Department radio indicate authorities were called to the home on a rescue call for cardiac arrest. A dispatcher told Engine 35 there was a 2-year-old child who was not breathing, according to archives of the radio transmissions posted on broadcastify.com.

Neighbors told The News firefighters worked to resuscitate the child at the scene. Emergency responders took the boy to Oishei Children's Hospital, where he was pronounced dead, according to police.

Hazzard was not Hall's son, but Owens and Hall have two daughters together, a 1-year-old and a 2-month-old. They all lived together in the Weaver Street apartment. 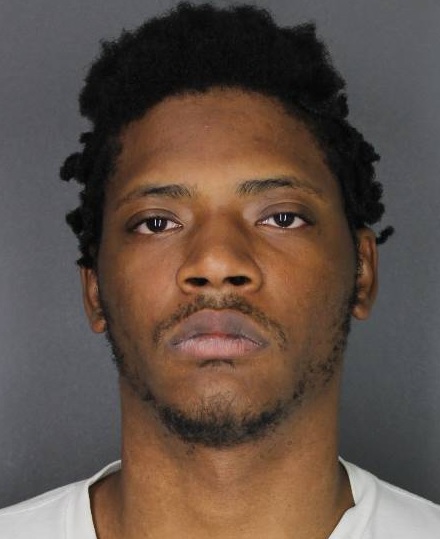 Owens, who said she and Hall were planning to get married, said she forgives him and called him "a good person."

"I completely forgive him," she said. "I forgive him. I do. And I want him to know that I don't hate him."

Investigators were awaiting autopsy results as of Wednesday morning. Once the investigation is completed, Hall may end up facing a murder charge, depending on what is found, Flynn said.

Hall was charged with manslaughter under a "recklessness standard" in the law, which allows such a charge if a person who is at least 18 years old engages in reckless conduct that causes the death of a victim younger than 11, the county's chief prosecutor said.

At this point in the investigation, it appears prosecutors may have a hard time proving that Hall meant to kill the boy, Flynn said.

"I have no indication that he intended to kill this child," he said.

Flynn said the manslaughter charge does not mean that Hall cannot be charged with murder; Flynn is looking at the possibility of a murder charge based on whether the defendant showed a "depraved indifference" to human life.

Owens described her son as a happy, smart child who could be goofy and who had a beautiful smile and laugh. He had a good imagination and he loved playing with cars. Mother and son shared a Jan. 1 birthday.

"This was his favorite truck," Owens said inside her apartment while holding up a yellow and orange toy dump truck with blue wheels.

Both adults and all three children were inside the apartment when police were called. Owens declined to talk about what happened there that led to the arrival of authorities, but defended Hall, who she said loved Xavion.

"He was a great father and he was a great boyfriend to me," she said. "He loves his family, all of us. He told us we were the ones who keep him going."

Hall was in Xavion's life since he was 4 months old. The couple has been together about two years.

At first, Hall was uncomfortable doing things with Xavion, like changing his diaper, because he wasn't his child and even though he knew how to, she said. But Owens said her son "fell in love" with Hall and saw him as a father.

Owens said she knew Hall when they were both elementary school students at Highgate Heights in Buffalo, where they both attended third and fourth grades together. But Hall left in fifth grade, and they hadn't been in touch for years. She said Hall was her "little grammar school boyfriend," and that his name always "stuck" with her.

They reconnected when she looked him up on Facebook. She told him she had a baby and he told her that wasn't a problem for him.

Owens said while some might see her as defending the man accused of killing her son, she says she's not. She is defending both of them, she said, the two men in her life. She said Hall needs to be strong for her and their daughters.