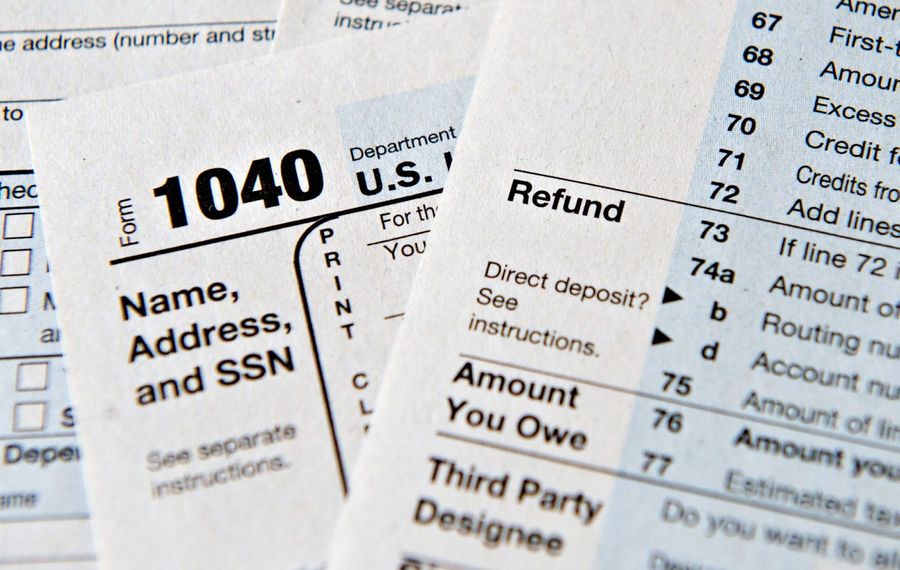 The lawsuit will be filed today in federal court in Manhattan and will feature an expedited hearing request by New York State, Connecticut, New Jersey and Maryland.

Cuomo, in a phone call with reporters in which he cited words by Alexander Hamilton, James Madison and Abraham Lincoln, called the new federal tax law “un-American” and one that targets states with high numbers of registered Democratic voters, such as New York.

"This is their political attempt to hurt Democratic states. It is totally repugnant and hypocritical of the fundamental conservative ideology which they preach," Cuomo said of President Trump and congressional Republicans who pushed through the new tax laws and a $10,000 limit on deductions of state and local tax, known as SALT, in the partisan tax fight.

While the federal law also sharply increases the standard deduction, thereby making up for the SALT limits for many taxpayers, some New Yorkers — especially those with higher incomes and high property taxes, such as downstate property owners — will feel a tax pinch next year.

Cuomo has said the federal tax law will make New York less competitive than other states, which itself is illegal, he maintained Tuesday. "It was politically motivated and it was politically targeted," Cuomo said of the tax law’s SALT limits.

Republicans in Washington in the past had little sympathy for criticisms from Cuomo and some other Democratic governors. They have said states like New York are being hurt because of New York politicians' inability to control state and local spending — which has made state income and property taxes so relatively high in the Empire State.

To try to work around the problem, New York enacted several provisions earlier this year that could help some taxpayers. Under one scheme, some New Yorkers could make a charitable donation to a school-related entity, thereby reducing their property tax liability by a like amount. The charitable donation would be fully deductible on federal taxes next year. The Internal Revenue Service has warned it will examine whether such work-arounds are legal.

Cuomo’s tax department earlier this year estimated that the SALT limits will lead to a $14.3 billion tax hike for New Yorkers in the 2018 tax year.

“New York will not be bullied. This cap is unconstitutional — going well beyond settled limits on federal power to impose an income tax while deliberately targeting New York and similar states in an attempt to coerce us into changing our fiscal policies and the vital programs they support," said New York Attorney General Barbara Underwood, whose office is filing the lawsuit.

The litigation by the four states was brought against U.S. Treasury Secretary Steven Mnuchin and Acting IRS Commissioner David Kautter as well as the two agencies they head. The litigation and accompanying exhibits stretch out over 141 pages.

A White House spokeswoman did not immediately respond to an email seeking a comment on the litigation.

The lawsuit seeks to have a court nullify the new SALT deduction limitations contained in the broader federal tax law that President Trump and congressional Republicans passed last December. Among the three causes for action, the lawsuit alleges the tax law violates the Constitution’s 10th Amendment that, the litigation states, "prohibits the federal government from invading the sovereign tax authority of the states."

"Congress has included a deduction for all or a significant portion of state and local taxes in every tax statute since the enactment of the first federal income tax in 1861. The new cap effectively eviscerates the SALT deduction, overturning more than 150 years of precedent by drastically curtailing the deduction’s scope," wrote the attorneys general from the four states in their filing today. They are asking for a jury trial in Manhattan.

Senate Majority Leader John Flanagan, a Long Island Republican, questioned the length of time it took for Cuomo to bring the lawsuit. "We were all beginning to wonder if he had only said it for the headline,'' Flanagan said in a statement. He said it was Cuomo who included $1 billion in higher tax plans in his original budget plan this year, an amount reduced during budget talks.