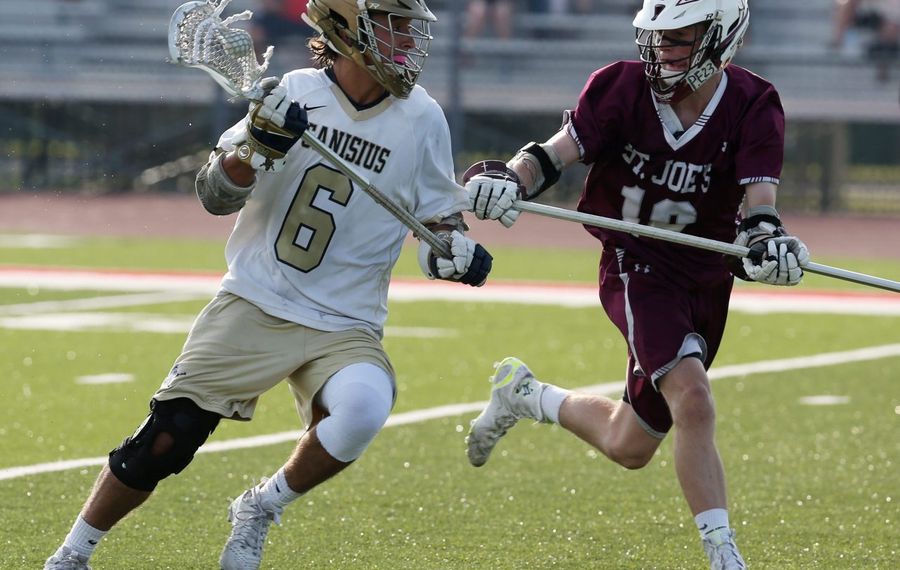 Here are the members of the All-Western New York boys lacrosse first team:

A Coleman Jacobs, Orchard Park, 12. Quakers co-captain had the best statistical season of his career, recording team highs in goals (60) and points (83).

M Owen Hil, Akron, 12. Three-time first-team selection pumped in 49 goals for the Tigers to finish his five-year career with 231 goals.

M Christian Watts, Timon-St. Jude, 12. Aggressive two-way middie scored 67 of his team's 130 goals for the season. Will continue his career at Siena.

D Jack DiBenedetto, Nichols, 11. Great teammate and leader proved to be tough to beat one on one. Offensive skills fueled Vikings' transition game.