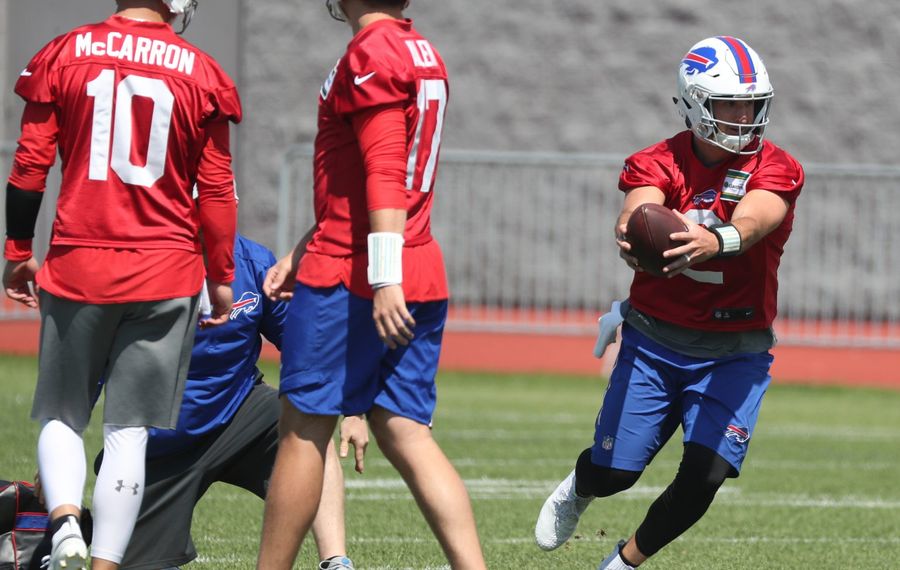 Jay Skurski was asked in his weekly mailbag which quarterback he thinks will be the Bills' starter now that we're through OTAs and minicamp.

"I’m still picking A.J. McCarron until I see otherwise at training camp," Skurski wrote. "It’s true that Nathan Peterman had a solid spring, but the competition is far from over. It’s also possible that the Bills decide that rookie Josh Allen is the best quarterback they have and ready for the job from Day One."

A caller into our office recently asked which quarterback I think will start the most games in 2018; I picked Allen, but agreed that McCarron looks like the better bet to start the opener. The Bills' bye week is Week 11, but I'd guess Allen takes over before that. We'll see how it shakes out in camp.

Richie Incognito becomes national ambassador for anti-bullying group: This might be your LOL headline of the week, but Incognito says this is no laughing matter. "Most people don't know, but I was actually bullied in high school.  A group of guys actually threw rocks at me. My dad told me not to worry and to focus on football," Incognito wrote.

O'Reilly pens farewell message to Buffalo: Former Sabres forward Ryan O'Reilly said goodbye to Buffalo in a statement Friday. "You even made me a Bills fan!" he wrote.

Bills Training Camp Question 3: Will Vontae Davis hold up physically? Answering that question could be key for Sean McDermott's defense to take a step forward in 2018. "I feel good – the best I ever felt since the injury," David said last month during minicamp, "so I'm very optimistic."