The sky's the limit again at the Buffalo Museum of Science.

For the first time since 1999, visitors can enter the Kellogg Observatory under a new aluminized-steel rotating dome. They can peer through the museum's refurbished and modernized 8-inch Lundin telescope, and set their sights on celestial bodies hundreds of millions of miles away.

And for the first time at the museum, people with physical disabilities can go, too.

The opening of the observatory, celebrated with a ribbon cutting Friday, marks the completion of the museum's modernization that has touched every facet of the 1929 space at a cost of over $8 million.

"It's a major, major milestone," said Marisa Wigglesworth, president and chief operating officer of the Buffalo Society of Natural Sciences. "The capital campaign was named 'See It Through' with a bit of an homage to the finishing up of the observatory, and we have indeed done that. We are all new." 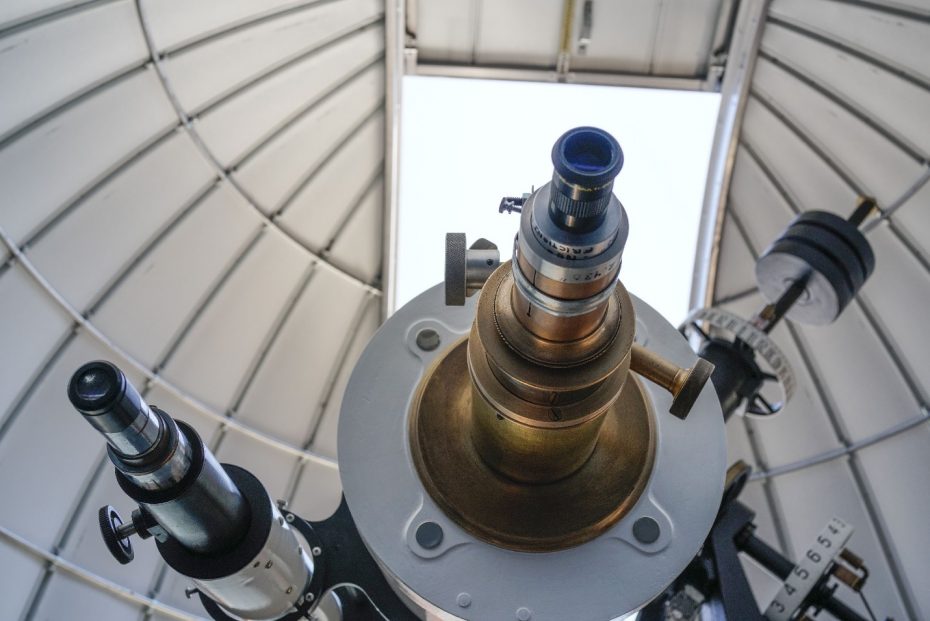 The 8-inch refractor telescope designed by Roland Sellew in 1930 was restored by Dr. Fred Orthleib before returning to its home in the new Kellogg Observatory at the Buffalo Science Museum. (Derek Gee/Buffalo News)

Wigglesworth said the return of the observatory, at a cost of $1.8 million, puts the Buffalo Museum of Science in a select group.

"Chauncey Hamlin and his fellow leaders of the museum when it was built in 1929 really had the foresight to add this observatory, and it is rare for a science museum to have an observatory," Wigglesworth said. "We have this very special opportunity to provide the kinds of programming that like museums can't."

The first opportunity to skygaze occurs Saturday and Sunday, when the museum extends its evening hours to 11 p.m.

Viewing hours will then be offered Wednesdays from 9 to 11 p.m. in 30-minute sessions that cost $10, with a 10 percent discount to members. The sessions will be limited to five people plus a facilitator, with reservations required.

The new dome replaces a copper dome that had been there since the observatory opened one year after the museum in 1930. The new dome has state-of-the-art mapping technology that allows the telescope to be digitally cued to the rotation of the planets and the speed of earth, allowing sights to be more easily tracked.

Erie County Executive Mark Poloncarz will be among those making a reservation.

"The first time you see Saturn through a telescope is amazing," said Polancarz, who has his own telescope. "And every time afterward it's amazing. I don't care how many times you've looked at it.

"I was actually admiring Jupiter last night," he said. "The skies were perfect, so right from North Buffalo I was able to see Jupiter and the four Galilean moons from my backyard with a 110-millimeter Mead scope."

He looks forward to gazing into the heavens through the museum telescope's 8-inch refractor lense.

"I'll be here Wednesday nights, no doubt about it," Poloncarz said. 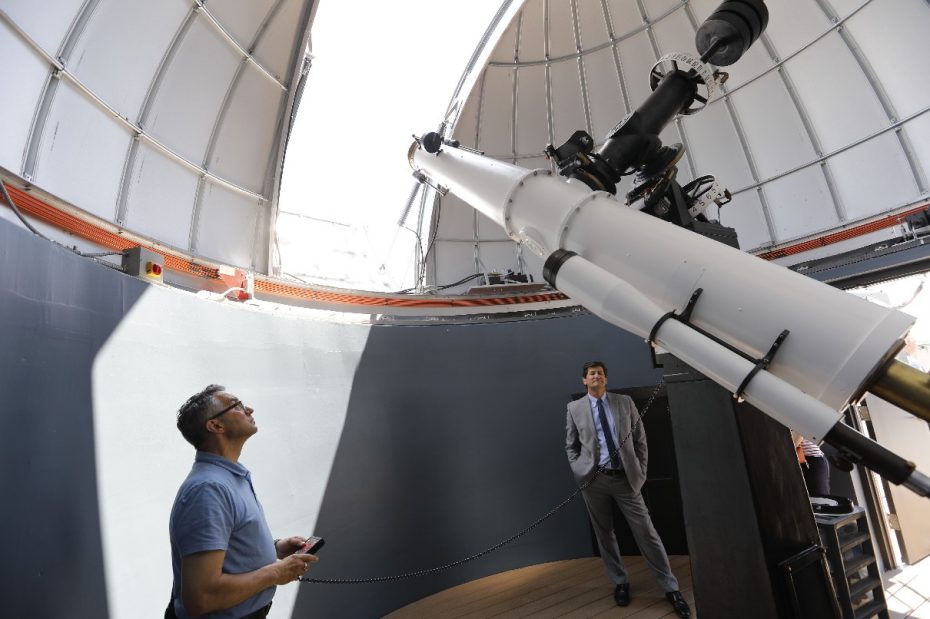 The county contributed $500,000 toward the museum's recent improvements."This is part of our heritage, and to bring it up to speed for the 21st century in both the scientific aspect but also in the issues associated with people with disabilities is a great investment by the county," Polancarz said.

"It is one of those things you look back on, and no matter what happens with whether I get re-elected in the future or not, I can always say in 2018 we were able to open up the skies to a whole subset of individuals in our community who never had that opportunity before," he said.

"With it being in this neighborhood, it may open up the sciences to kids who never thought about them and give them an opportunity to say that's a career I want," he said.

The museum could open for a second evening of the week depending on public demand, Wigglesworth said. It will also be used for special celestial events.

A solar-viewing telescope mounted on the roof outside the observatory is another new addition. The rooftop, with scenic views of the city, also underwent extensive changes and will be open for museum, school and rental events.

Wigglesworth said museum-goers have long clamored for the return of the telescope.

"I've heard, 'I remember going there with my father,' or 'I remember visiting there on a school trip,' " Wigglesworth said. "What I have also heard a lot is that people remember Ernest Both, who was the museum's curator of astronomy for so many years."

The telescope will be named the E.E. Both Memorial Telescope in his honor in September.

The telescope had been in Swarthmore, Pa., where engineer Fred Orthlieb restored it over the past year.

The museum is also introducing a new logo featuring the observatory dome, a new website and advertising tagline, "Find Why."

Wigglesworth said the new branding campaign is intended to show the museum is "a contemporary place of learning and discovery for people of all ages."

Restoring the museum's front steps is the next big project planned. The building is owned by the City of Buffalo, which provided $525,000 toward the recent improvements.

Wigglesworth said the museum has raised half of the $2.26 million cost, and hopes to begin the first phase in spring 2019.