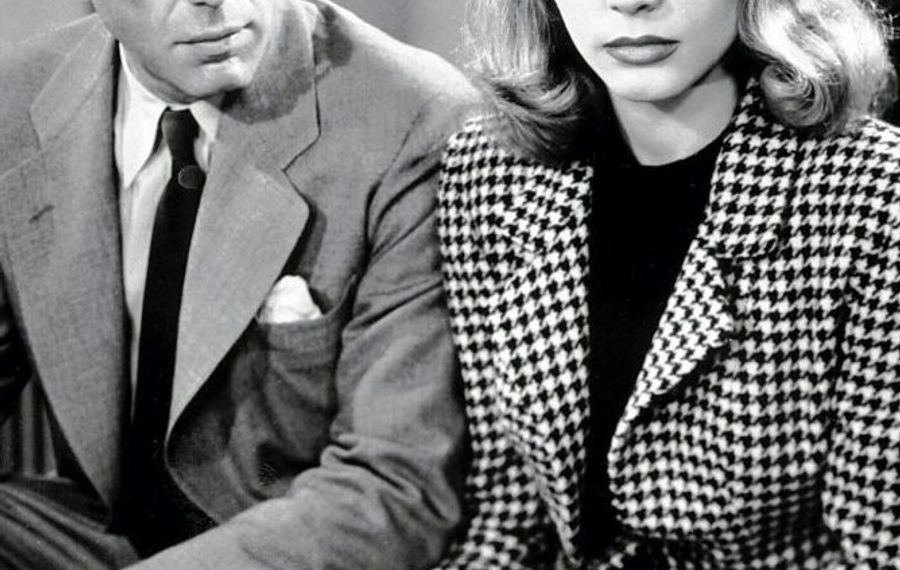 Has there ever been a more lovable film geek than Leonard Maltin? I don't think so. The once ubiquitous bearded movie fanatic is, to be honest, one of my favorite Americans.

You have to remember that once upon a time there was no internet — no IMDB where you could look things up in a flash. There was no Turner Classic Movies to centralize old movie showings, show movies on cruises and sell you wine bottles with Groucho Marx's picture on them or Gloria Swanson's from "Sunset Boulevard."

It was a world where Siskel and Ebert would soon joust to be smarter-than-thou and Gene Shalit used movies to be funny.

In 1969, Maltin was only 19 years old, but was one of the most dedicated movie geeks alive. He was a film fan like no other. He'd begun, at 13, reading Famous Monsters of Filmland magazine. Then he started getting articles printed in The 8MM Collector ("published," Maltin tells us, by a furniture dealer in Indiana, Pa.) and Film Fans Monthly. He didn't tell the editors their faithful contributor was only 13 (yes, 13.)

By 19, Maltin had already given the world its first New American Library edition of "TV Movies," whose stated purpose was to tell readers all about movies they might see on "The Late Movie" or "Noonday Matinee." Maltin wasn't the first to do that. Journalistic pro Steven Scheuer was. But when he got in it, Maltin instantly outstripped Scheuer.

It wasn't because he was all that smarter a critic; it was because his cast lists went down into character actors. Lovers of "Casablanca" don't just want to know about Humphrey Bogart and Ingrid Bergman, they want to know about such irresistible character actors as Leonid Kinski and S. Z. "Cuddles" Sakall (that's right, everyone called him "Cuddles"). 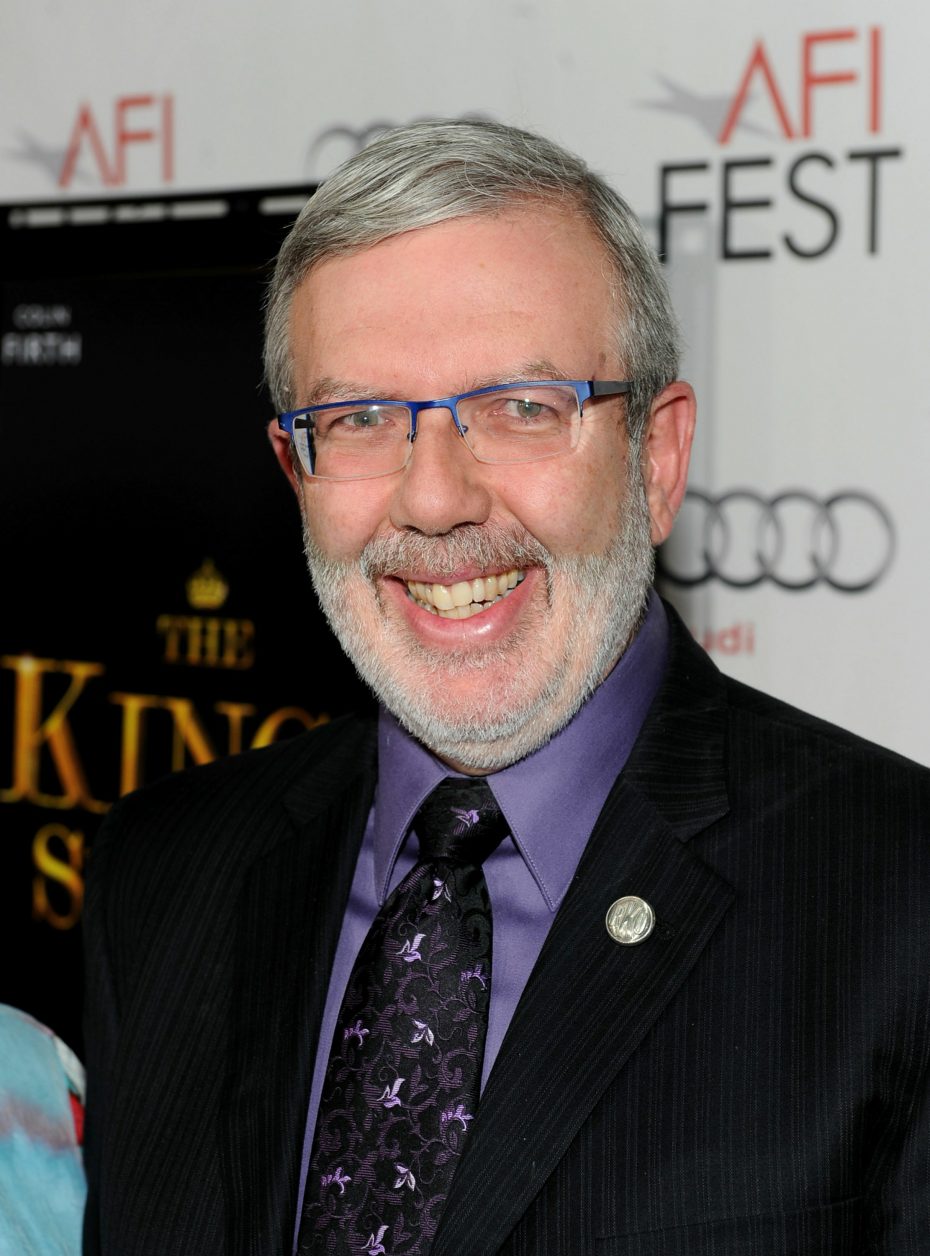 Movie professionals of all sorts had Maltin on their desktops for four decades. He finally packed it in after 45 years with "Leonard Maltin's 2015 Movie Guide," when even that ever-cheerful grinning chipmunk had to agree the internet had superseded his great book as an instant source. 2015 marked the last edition. Many of us treasure it.

In its intervening 45 years, Maltin became America's ubiquitous film dweeb. He published constantly, interviewed even more often on "Entertainment Tonight" and the "Reelz" network, and reviewed monthly for Playboy among so many others. He was, everyone admitted, as benevolent a voice of authority as you'd ever find.

He was so much more than that, too. He was also a tireless film scholar. His book of interviews with cinematographers was groundbreaking and irreplaceable. His interviews were often way off the trail, while his preparation was as great as anyone's ever.

He is 67 now. Rather wonderfully, he has decided to go back and become his own publisher again in "Hooked on Hollywood: Discoveries of a Lifetime of Film Fandom," Good Knight Books, 386 pages, $19.95 paper. Featured are articles from his delightful "Movie Crazy" newsletter, as well as interviews with the likes of Burgess Meredith and George O'Brien, star of silent films, including the great silent masterpiece, "Sunrise." You'll also find such fascinating obscurities as C. B. DeMille's buddy and tireless TV director Henry Wilcoxon. You'll learn everything you could possibly want to know about "Casablanca's" soundtrack.

He is every bit as much a scholar as he is a fixture of American life since he was a teenager. "Hooked on Hollywood" is evidence of a life splendidly well spent.

Now that the weather has made genuine "beach reading" possible (which it wasn't when everybody started listing candidates), here are a bunch of beach-reading possibilities of all sorts:

"Pirata: A Novel" by Patrick Hasburgh (Harper Perennial, 338 pages, $15.99 paper) and "What Happened That Night" by Sandra Block (Sourcebooks, 342 pages, $15.99 paper).  Two strong crime fictions from writers Buffalo-born. As a TV writer/producer Patrick Hasburgh helped to give the world Johnny Depp, Brad Pitt and George Clooney (see Depp in "21 Jump Street"), but my favorite Hasburgh series by far was "Hardcastle and McCormick," wherein that perennially overlooked apostle of television cool Brian Keith played an irascible judge with a maximum of savoir faire. Hasburgh's "Pirata" was titled after the hero's eyepatch appearance after being victimized by a carjacking. If this is that favorite literary form "surf noir," it's also a hugely readable book about surfing, loving and bad tidings.

Buffalo physician (and sleep specialist) Sandra Block, on the other hand, has become a specialist in crime novels of trauma. Her new book is about a victim of assault who can't get out from under suffering. Block, who has admitted suffering from depression, says this about her story of revenge and rape: "The idea that all rapists are sociopaths is is not only inaccurate but also not helpful in solving the issue of sexual violence. This is a societal problem that isn't always black and white." She continues to be a crime novelist of uncommon and admirable complexity.

"The Annotated 'The Big Sleep' " by Raymond Chandler (Vintage, 474 pages, $25 paper). Why is this my favorite book of the summer thus far? It's not only the choice illustrations and endlessly informative amplifications of Chandler's pulp noir masterpiece. It's because in this, the most scholarly edition you'll ever see, there is at long last a definitive answer to one of the most vexing questions in American movies: "Who killed Owen Taylor" in Howard Hawks' classic movie version of  Chandler's masterpiece with Humphrey Bogart and Lauren Bacall, i.e. who knocked off the Sternwood family chauffeur? Nobody who made the film could ever figure it out. But now, on page 211, we're told there was an original version of the script dialogue that said Joe Brody "sapped" Taylor and pushed his car into the ocean for Taylor to drown. He was, so help me, my candidate all along. The dialogue was never filmed, much less put into the film, but there you have it in black and white for all eternity.

"My Girls: A Life with Carrie and Debbie As Told by Todd Fisher" (William Morrow, 388 pages, $27.99). A perfectly conventional account of what it was like to be Debbie Reynolds' son and Carrie Fisher's brother that is recommended for those in search of a book requiring no concentration whatsoever. Unfortunately, nothing that makes Carrie Fisher, the writer, the most interesting member of the family by far is shared by her brother. He is, finally, nothing but family. That's all. His more famous relatives may be "his" girls but his relationship is blood and nothing else.

"Room to Dream" by David Lynch and Christine McKenna (Random House, 577 pages, $32).  Unfortunately, no one told David Lynch — America's most dedicated explorer of cinematic "lost highways" — the way to publish his unconventional first memoir was not to cede the attention-getting supremacy of the Trump presidency. Too bad. His book is interesting about American movies, but then how could it not be from the man whose Part Eight of the latest "Twin Peaks" on Showtime  was the most avant-garde film-making, by far, ever shown on mainstream American television? Memories by Lynch alternate with biographical amplifications of his life by Kristina McKenna. Typical Lynch — a memoir and a life study at the same time, all delivered in an unconventional but agreeable way.

"The Unpunished Vice: A Life of Reading" by Edmund White (Bloomsbury, 223 pages, $28) and "What to Read and Why" by Francine Prose (Harper, 314 pages, $23.99). Let's say you want to read some real, honest-to-God writers in small, easily digestible chunks. For those who quite sensibly insist that books read in the summer light ought to be as well-written as those suited to other time, here are a couple of the more masterful stylists of American prose writing about their lives as readers, just like their own readers (or, as it turns out, not.) Edmund White starts out with the premise that "reading is at once a lonely and intensely sociable act," which makes this book as companionable an account of a life of reading as you'll find. White is not in habit of boring readers or losing them either.

"What to Read and Why" is, if anything, less programmatic and better than Prose's last book, "Reading Like a Writer." Without an agenda, her personality can be freeform in essays on writers from Mary Shelley to former UB professor Charles Baxter. Anyone who saw the extraordinary Showtime version of Edward St. Aubyn's Patrick Melrose novels starring Benedict Cumberbatch should know that Prose gives you a clear appreciation of everything left out of the TV version, as well as an understanding of how what we saw didn't completely measure up.