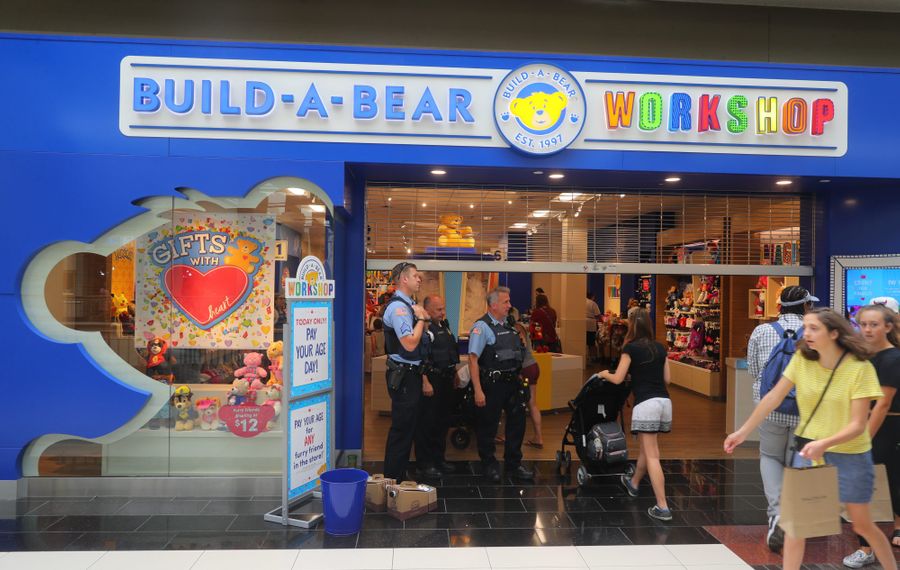 Things went about as poorly as you might have expected them to.

Cheektowaga Police were called to the Walden Galleria before 11 a.m. to control what was called an "unruly crowd" of about 1,300 people waiting in line for the sale, according to Chief David Zack. Another seven different law enforcement agencies were called in to assist. Zack called it a "tremendous drain on resources."

"We have officers going on calls without backup because of this. There are taxpayers who deserve a quicker response by police that they're not getting," he said. "It's a safety issue for our community and for the other stores."

Police quickly brought the situation under control, customers said, dispersing most of the crowd with $15 coupons provided by Build-A-Bear. To deal with the roughly 240 people who stuck around, cops roped off areas, made one defined line and handed out hundreds of bottles of water.

Around 11 a.m. Build-A-Bear's Missouri headquarters announced it would close all locations because of the unmanageable crowds drawn by the sale. But both the Walden Galleria and Fashion Outlets of Niagara Falls USA stores remained open. 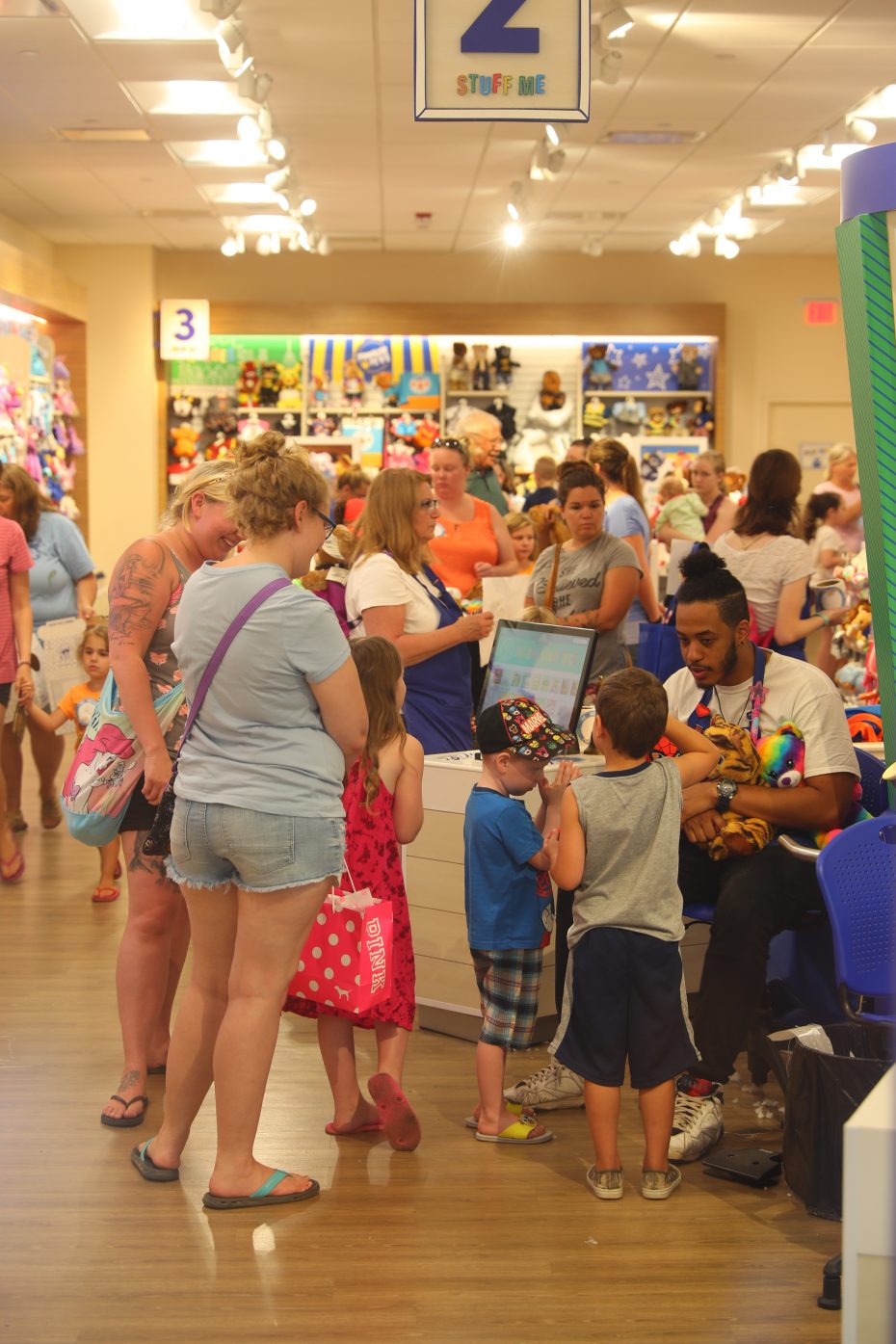 One officer stood at the entrance to the Walden Galleria store, opening and closing the gate to let customers into the store on a one-to-one ratio as customers left. Police were letting 20 people into the store at a time, getting roughly 100 people through the store per hour.

"What was reported as a mob turned out to be a bunch of little kids looking for a bear, and we're going to make sure they get it," Zack said.

Renee Cherry of Buffalo brought her grandchildren for their first trip to Build-A-Bear, a trip that would normally cost at least $75, or "electric bill money" as she called it. It would cost just $12 during the sale. She said the $15 coupons the store gave to customers it turned away wouldn't cut it, pointing out that the fine print allows just one coupon per family to be used at a time and she has twins. But she was grateful for the police's handling of the situation.

"The police really saved them today," said Renee Cherry of Buffalo. "The mall wasn't doing anything, security wasn't doing anything. People were cutting in line, coming from all directions, pushing and shoving. No one knew where the line started or ended or where we were supposed to be going."

Erika Errico from Amherst arrived at 9 a.m. and took a spot at what she thought was the end of a very long line. Only when she neared the store did she realize that there were three lines that had formed, and all of them converged in a jumble near the store without any clear order. She ended up stepping out of line about 20 minutes after that point because she wasn't making it any closer to the store.

"The mall made an announcement over the intercom that the store was closing, but nobody heard it because everything was so loud," Errico said. "Kids were running up and down the escalators and bouncing off railings. Mall security wouldn't tell us anything, they just stood at the front and said, 'Move back, move back.' "

Zack said the promotion was "not well planned, not well thought out and certainly not well executed," and said law enforcement would be in touch with both the mall and the toy chain to address what happened. In the meantime, Build-A-Bear Workshop said it will "reach out directly" to disappointed customers as soon as possible. Walden Galleria officials did not immediately respond to questions.

The Fashion Outlets of Niagara Falls fared better, with no police response and a total of just 600 people in line at its peak. The store was running out of supplies by late afternoon, however.