A bear that wandered into the backyard of a Getzville home and may be injured is the latest to cause a buzz in the region. 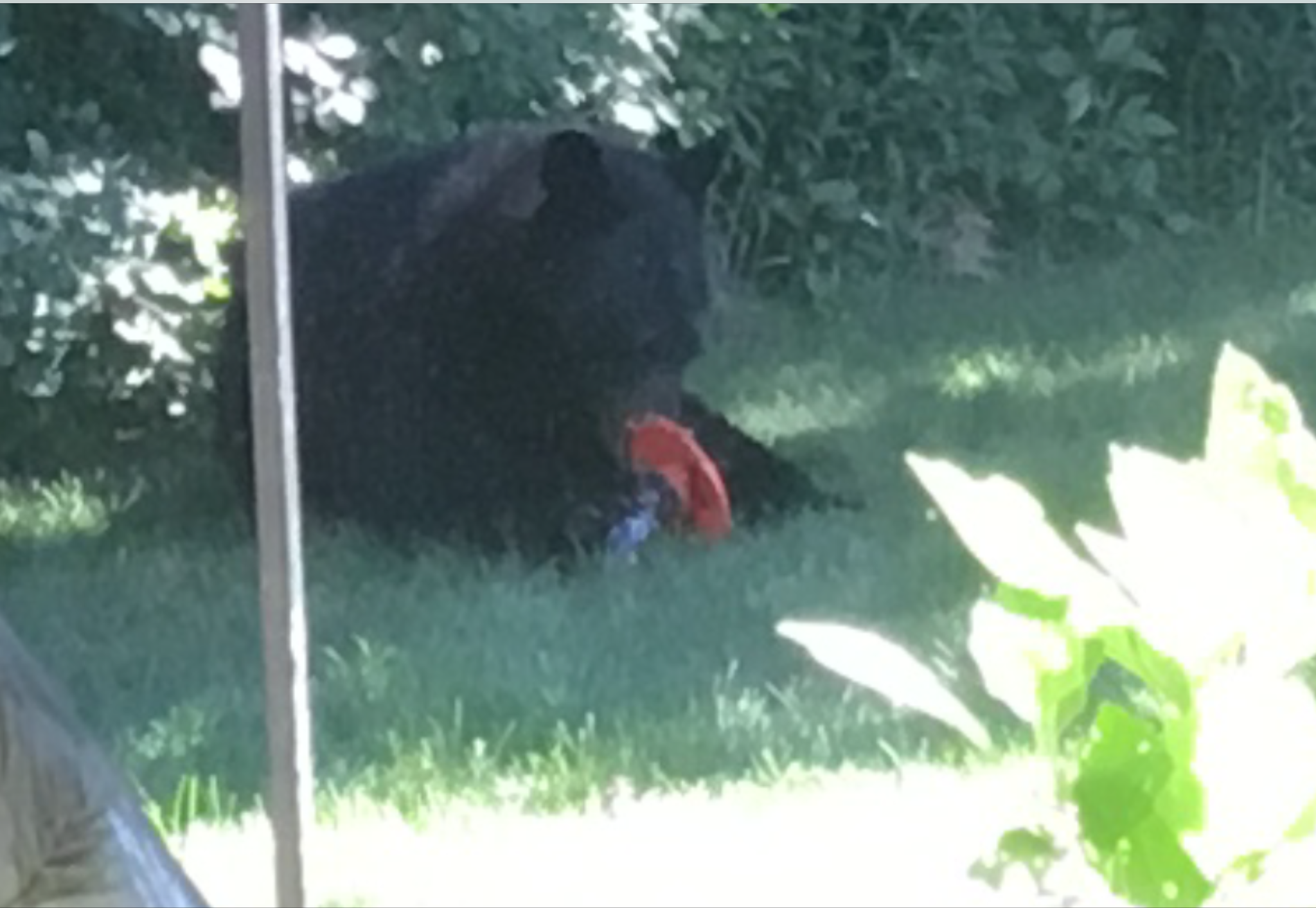 James Horton of Foxberry Drive said he called 911 to report a bear in his backyard Saturday and was told by Amherst Police that the bear might have been hit by a car. Police searched for the animal in the woods near his home.

"They've got him cornered in the woods," he said early Saturday evening. "I think it's just about the end of the bear."

It was the second visit of a bear to Horton's yard on Saturday. His wife told him a bear was at his bird feeder about 10:30 a.m. She took a couple photos of it.

He said he suspected a bear might be in the neighborhood about a week ago, when he discovered his six-foot tall bird feeder had been knocked on the ground.

"This was scary this afternoon, I saw him limping," he said. "He's injured bad on his leg."

He said authorities told him the bear had been hit by a car.

"It's really something," Horton said. "We're keeping our windows and doors closed."

There have been a number of bear sightings in recent weeks, particularly in the northtowns, from Amherst to Clarence, North Tonawanda, Wheatfield and Youngstown. There also was a sighting in the Village of Attica.

It's difficult to say whether these are different bears, or the same one.

"It wouldn’t be surprising if it was the same bear," Ryan Rockefeller, a DEC wildlife biologist, told The Buffalo News.

Wildlife experts say the range of the black bears is usually the Southern Tier counties of Western New York, but it has expanded over recent decades. A biologist with the state Department of Environmental Conservation said it's not unusual for the animals, particularly younger males, to move into higher populated areas this time of year.

Late last month, a driver reported that he hit a bear with his vehicle as he was driving on the I-990. The bear, who didn't appear to be seriously injured, ran off toward North French Road.