Butterflies, bees and hummingbirds land on many more native plants than they used to along the Niagara River.

Soon, there could be even more.

A new partnership plans to connect these pockets of native plants into a continuous 37-mile, pollinator-friendly ribbon from Woodlawn Beach in Hamburg to Four Mile Creek State Park in Youngstown.

The Pollinator Conservation Partnership is forging a collaboration between environmental, government, academic and private organizations to make sure bees, butterflies and other pollinators are protected by expanding their habitat.

Why does it matter?

“Pollinators are the lynchpins in biodiversity, and biodiversity is the lynchpin of life on earth,” said Jay Burney, a leader from the Pollinator Conservation Association. “Biodiversity of animals and plants create our clean water and clean air. They create conditions for food production and human health.”

How much more conservation is required in the Buffalo Niagara region? Answering that question will be the partnership’s first task.

This year, Burney said the partnership will develop an inventory of sites and evaluate pollinator conservation strategies at each of them.

“We hope to prioritize up to 10 sites,” he said. “It’s a big place, but we want to think of regional conservation planning.” 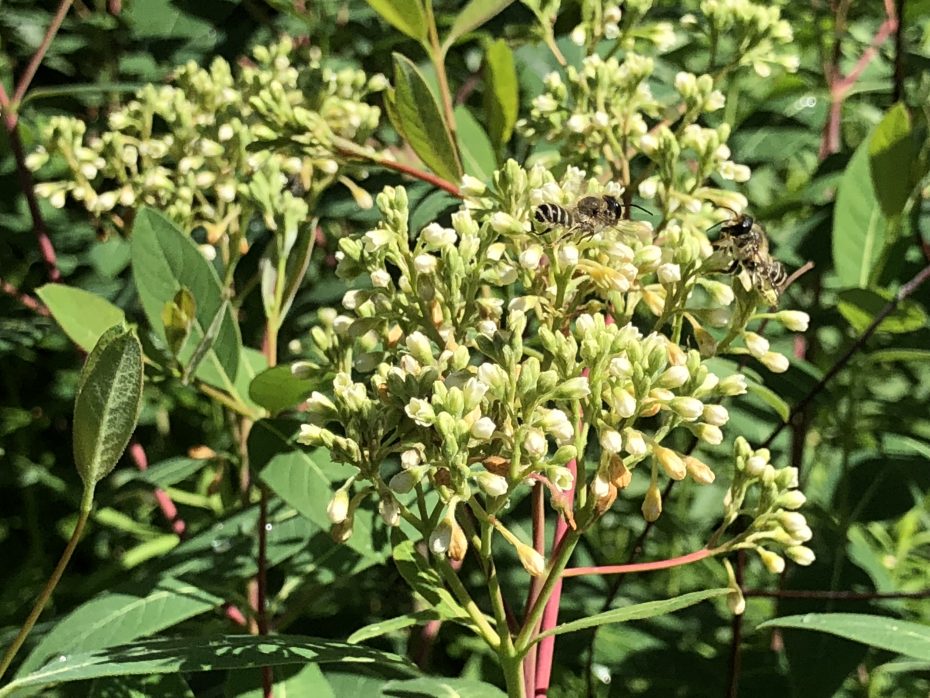 A couple of pollinators at work on some dogbane earlier this week at Buckhorn Island State Park Nature Preserve on Grand Island. (T.J. Pignataro/Buffalo News)

Pollinator protection has been a component in numerous restoration and conservation projects across the Buffalo Niagara region over the last decade.

Native plants promoting pollinators were installed, or are in the works, by:
• Buffalo Niagara Waterkeeper in living shoreline projects along the Buffalo River, Scajaquada Creek, Ellicott Creek and Hyde Park.
• Western New York Land Conservancy at its lower Niagara meadow at Stella Niagara, in the Niagara Gorge and the DL&W rail corridor in Buffalo.
• New York Power Authority at Little Beaver Island as well as Strawberry and Motor islands and the inter-river archipelago between them.
• Tifft Nature Preserve in several restoration projects at the 264-acre shoreline wildlife refuge.
• The U.S. Army Corps of Engineers on Unity Island, at Times Beach and the Outer Harbor.
• National Audubon Society and Waterkeeper at Buckhorn Island State Park.

Those, and others, will be included in the partnership’s inventory.

The inventory will borrow heavily from work that’s already been assembled by Waterkeeper and other local conservation organizations to sort out what’s been done and what needs to be.

It also will seek to identify the pollinator species that are here and aren’t, but maybe should be.

That could include identifying some of the nearly 2,000 species of bees that could be here, narrowing down the best types of native milkweed for butterflies and even attempting to return long-gone species to the Buffalo Niagara region, Burney said.

“Any habitat restoration work typically involves native plants,” said Tim DePriest, a state Department of Environmental Conservation biologist who serves on the Greenway Ecological Standing Committee. “The project that Jay is working on focuses on pollinator beneficial species, which is unique.” 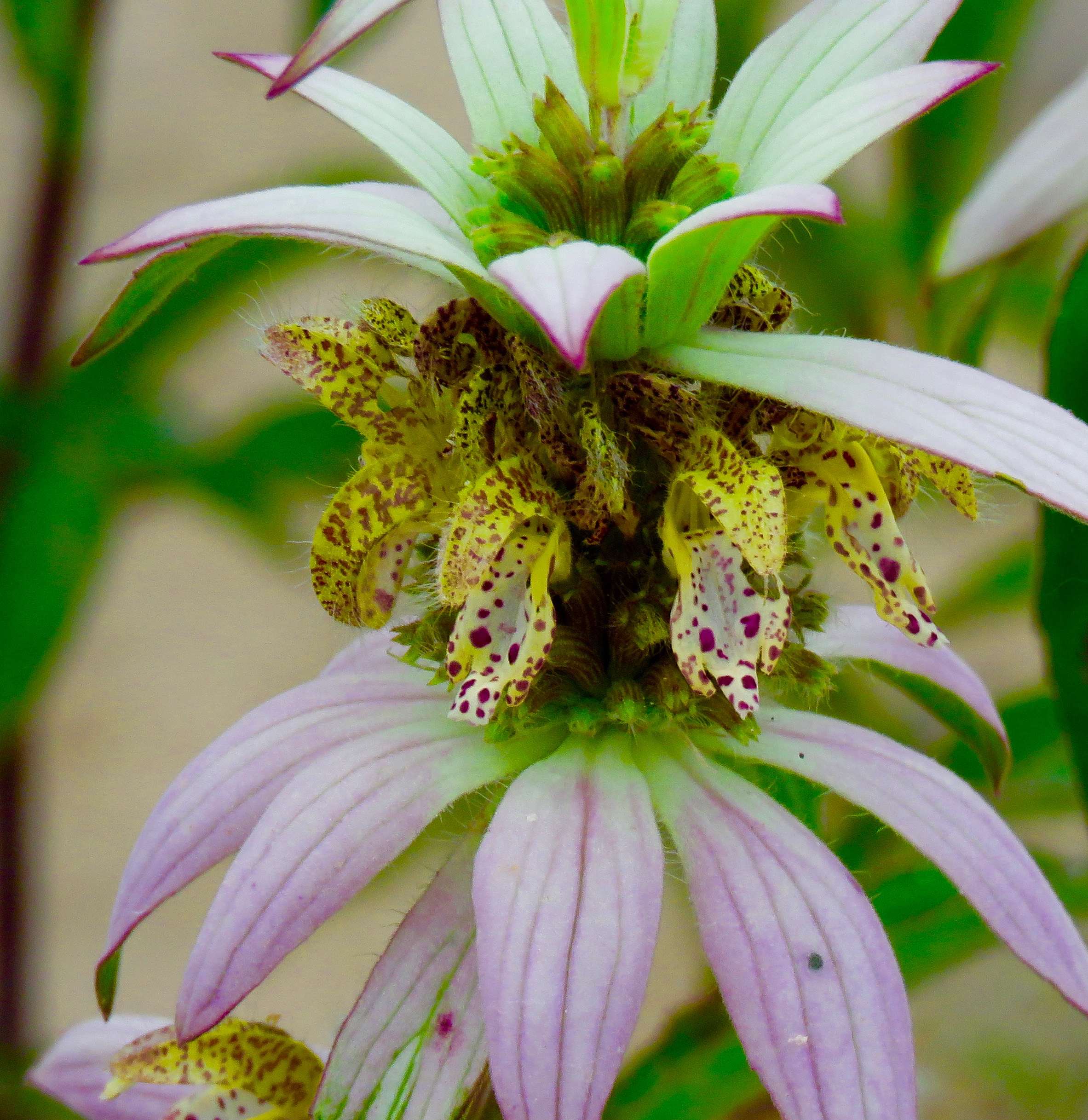 A rare spotted bee-balm was recently found at the Bell Slip in Buffalo's Outer Harbor by the Pollinator Conservation Association. The spotted bee-balm is a key plant species for the endangered Karner Blue butterfly. (Photo courtesy Jay Burney)

There are some clear leaders on the partnership’s roster of sites where it would like to concentrate resources. 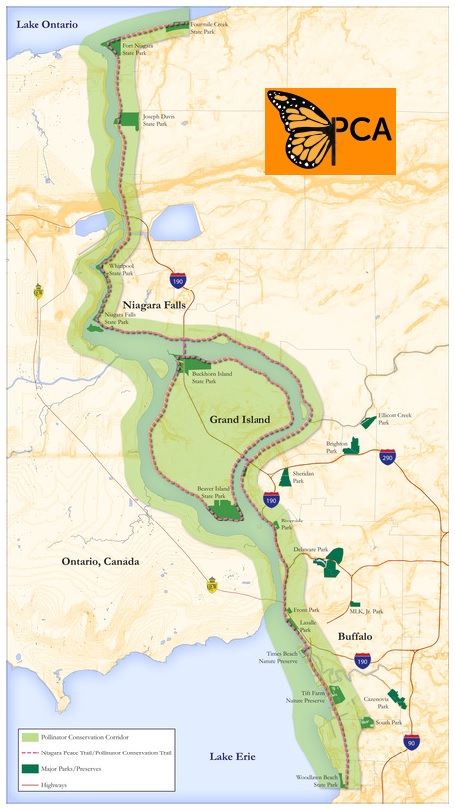 Not all of them fall within the carefully shaded confines of the Niagara River corridor, but all support its watershed.

The Buffalo River oxbow in West Seneca, Buckhorn Marsh on Grand Island and the Scajaquada Creek corridor between the Black Rock Canal and Forest Lawn are the early front-runners, Burney said.

Connecting them across 30 miles or more of a largely urbanized, populated area shouldn’t be as arduous as it sounds.

The two biggest components are ridding invasive plants and adding native ones.

Every town park, every highway and every roadside has room for pollinator areas, Burney said, and not just for wildflowers, but trees, too.

Native oaks, for example, can support hundreds of pollinator species.

You don’t plant them for the bees, experts said, but native oaks are food sources for butterflies, moths and caterpillars.

They’re more important than you think.

It's not just the common species they're after either.

The recent discovery of the rare spotted bee-balm plant at the sands of the Outer Harbor's Bell Slip could be the start of a long-range project to return the endangered Karner Blue butterfly to Buffalo.

The butterfly belongs here, but it needs the spotted bee-balm. And, the Pollinator Conservation Association hopes to see to that with plantings and conservation.

"Can we bring back the Karner Blue butterfly to the Outer Harbor? We think we can," Burney said. "It's going to be a lot of work." 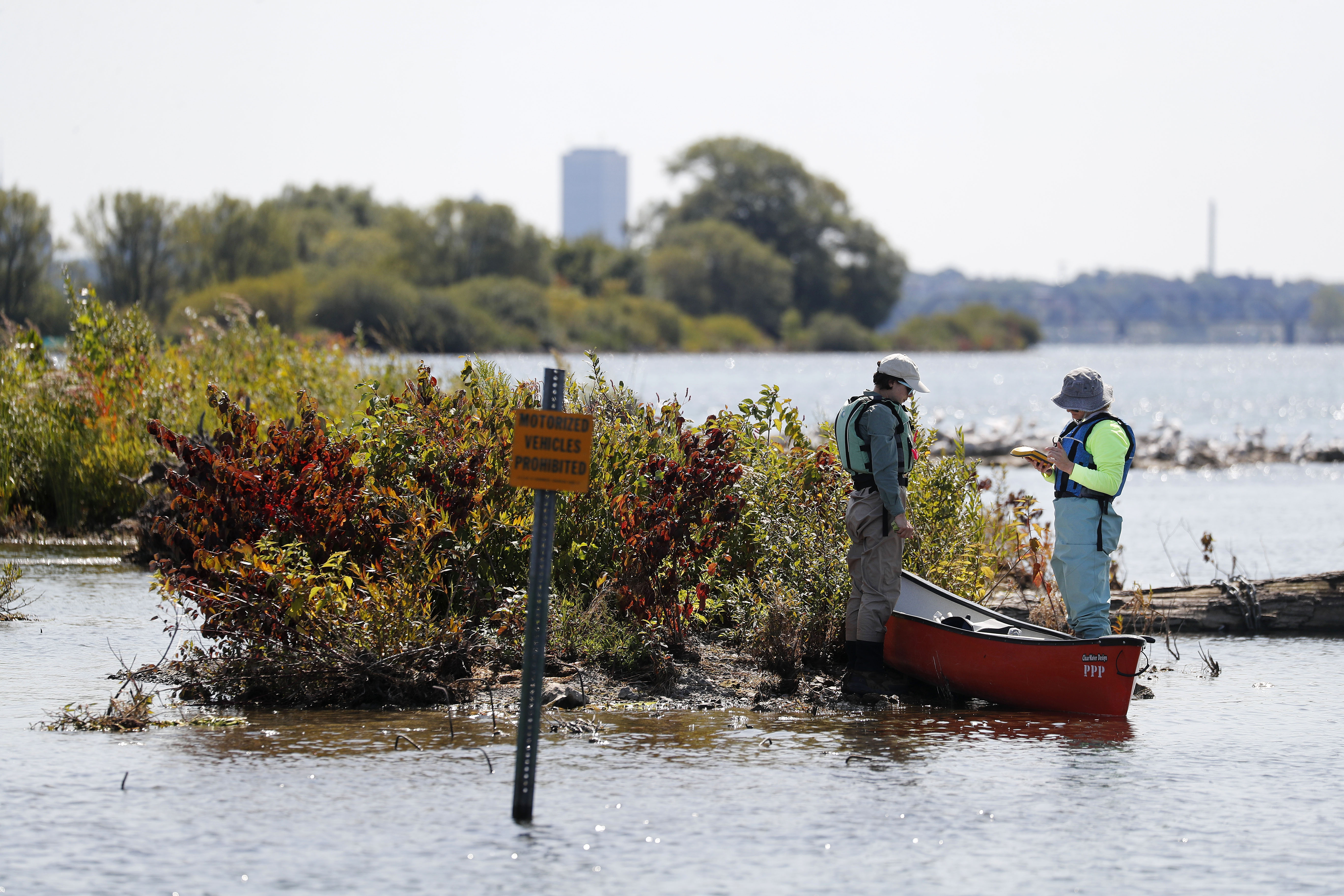 Scientists Erin Redding, left, and Kendra Gorski, right, do some plant research on a new archipelago in the Niagara River. It was one of eight habitat improvement projects that made up a $13 million commitment made by the New York Power Authority as part of the re-licensing agreement for the Niagara Power Project. (Mark Mulville/Buffalo News)

The Niagara River Greenway Commission is all-in on pollinators, too, said Greg Stevens, the commission’s chairman.

The Greenway funds a lot of the ecological restoration initiatives across 13 towns and two counties from a pool of money from the 2007 relicensing agreement of the Niagara Power Project.

Besides providing major funding for some larger, high-profile restoration projects, it also supports:

• An educational program by the Niagara Falls Boys and Girls Club, where its 1,600 kids get experience at Hyde Park Lake learning about pollinators and the differences between invasive and native plants from area biology teachers and Audubon Society staff.

Stevens pointed to Canada’s Niagara Beeway – a specially-designed pollinator corridor that runs the length of the Welland Canal – as a model.

“By no means is the whole thing going to be a pollinator garden,” Stevens said. “Within a pollinator habitat, you’ve got a lot of latitude.”

“It’s not just planting, it’s management and you have to manage and maintain them for a long time,” Burney said. “We’ve got 40 more years to go.”

With so many different conservation groups aiming at accomplishing similar goals, Burney said creating the Pollinator Conservation Partnership was born to eliminate some of the fierce competition there can be for Greenway funding.

The new partnership aims to narrow the focus to make sure pollinator-friendly projects are prioritized, he said.

“We’re putting a specific lens on pollinators,” Burney said. “Creating a comprehensive approach to designing and implementing conservation planning will be a primary outcome for this coalition.”

Burney added: “We want to raise all boats to help the effort.” 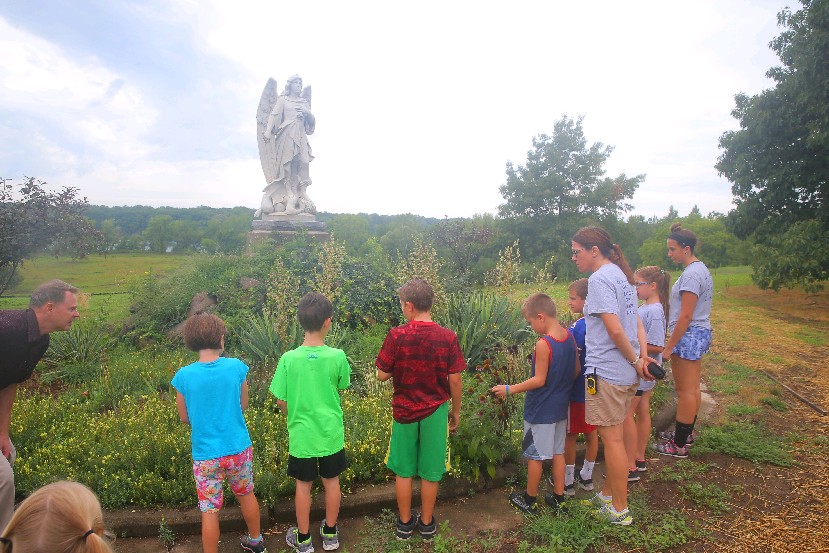 All native plant projects being undertaken across the Buffalo Niagara region share another common theme – to engage the public.

That’s part of the strategy, to let it lead to “backyard stewardship.”

“People see it and want to do it on their own properties,” Rose-Burney said.

What the public has seen is the land conservancy planting a shoreline meadow of grasses, wildflowers, shrubs and native trees in the three years it’s owned the 29-acre Stella Niagara Preserve in Lewiston.

Infusion of funding could restore Niagara Gorge to 'botanical wonderland'

The conservancy is simultaneously developing another nature preserve along the Niagara Escarpment on Leete Road in Lockport.

“We’re doing as much as we can,” Rose-Burney said. “We pick places that are highly visible and highly accessible to the public. The big picture is to connect each of these pieces.”

Stories are similar at Buffalo Niagara Waterkeeper and the Pollinator Conservation Association, which often collaborate on conservation.

Some of them have been in ecological restoration at the toe of the Katherine Street peninsula along the Buffalo River, Forest Lawn, Sandy Beach Park Club on Grand Island, Ellicott Creek, Wilkeson Pointe and the shoreline along Hyde Park Lake in Niagara Falls.

It’s also developing more at the DEC’s fishing access spot on Ohio Street and in community gardens across Buffalo, and is expected to announce another partnership this summer to plant a demonstration garden at Buffalo Harbor State Park.

“The goal, over time, is we’ll have a critical mass,” Gallo said.

The more, Burney said, the better.