Don't make an immediate beeline for the wine slushies.

Well, you can - who am I to tell you not to? - but through experience, they're most refreshing after a few hours of sampling food from among the 200 individual options at the Taste of Buffalo, which runs from 11 a.m. to 9 p.m. July 7 and 11 a.m. to 7 p.m. July 8 at Niagara Square and up Delaware Avenue.

Maybe it's just my personal approach to festival foraging, but the tiny buzz from the fruity drink enhances the sense of accomplishment. Call it the reverse bar crawl.

The News' food editor whetted palates by naming the five dishes he'd eat at the Taste of Buffalo, but his choices are incredibly rich and dense (although flavorful and noble, if he winds up reading this). But hey, if your goat-like stomach can follow a jerk chicken sandwich with a deep-fried peanut butter and jelly sandwich, by all means, heed his advice.

For a super-eater like Andrew Galarneau, it's no sweat. For the average Buffalonian, though, a breadth of suggestions - both in number and type of food - might prove useful, especially in avoiding a stomachache before your second sheet of precious tickets.

The 15 options below are listed by tent number, beginning with the lowest tent (closest to Delaware Avenue and Johnson Park, the northernmost tip of the festival) to the highest (in Niagara Square). Find the map in the festival guide here, plus the full list of dishes offered here.

Why: If you've never tried a Ru's pierogi, pick the restaurant-truck's signature fare. The flavors are Americanized, though - like jalapeno popper pierogis - so if you're looking for Polish authenticity, grab the kapusta - sauerkraut and onions sauteed in butter.

At the Niagara Street restaurant, the kapusta is the bed for the potato and ricotta pierogi, but the rich side can stand proudly on its own, too. If adventurous eating is your goal for the Taste of Buffalo, then this will be a pleasant surprise.

Why: One perk: it's a lot less messy to eat something served on a stick, and the four-ticket choice makes even more sense for a quick bite. Given the heavy, at times syrupy nature of Dirty Bird's offerings, we'd recommend going light as to not indulge excessively at one restaurant.

*Note: Many of these suggestions are food trucks; The News has a comprehensive food truck guide.

Why: The Batavia restaurant is one of my favorite local food follows on Instagram, and while it's probably unwise to trust many places to serve a "blackened" option in mass quantities, we'd give Alex's Place a chance to pull it off. The pork lollipops that Galarneau highlights are a safer choice, but sometimes you have to live on the edge.

Why: Niagara Cafe's restaurant is a stone's throw from the Taste of Buffalo (assuming you're Josh Allen and the stone is small), and if the notion of a pastelillo - a crispy, deep-fried dough pocket jammed with beef and cheese or chicken and cheese - entices you, then don't hesitate. Odds are good you'll plan a visit to the Puerto Rican restaurant to eat three in one sitting. (Been there). 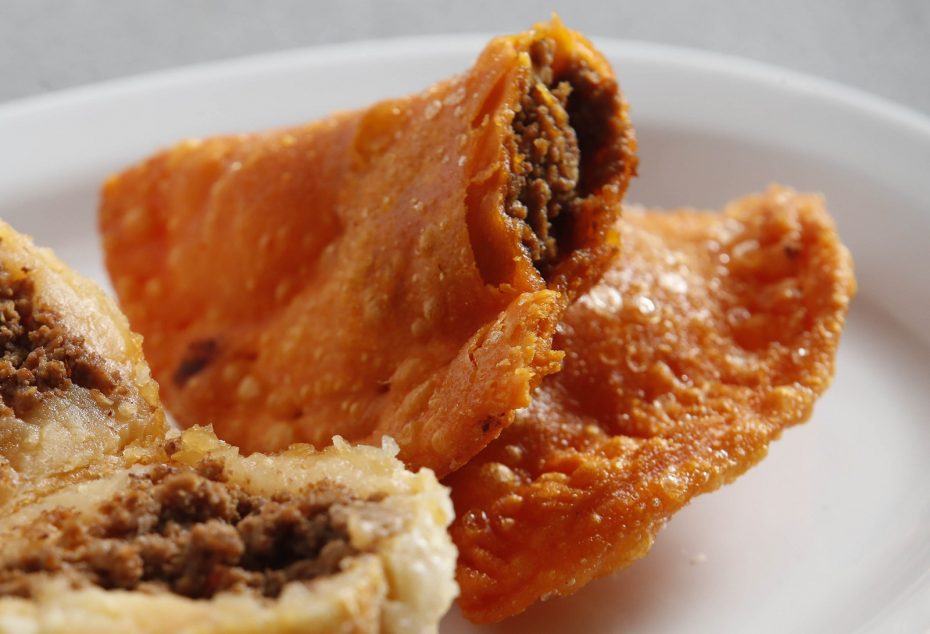 The beef pastelillo from Niagara Cafe, cut in half, is on the restaurant's Taste of Buffalo menu. (Sharon Cantillon/News file photo)

Why: Both Saturday and Sunday (loosely) promise temperatures around 80, which means "cool and refreshing" foods will probably win out over rich and savory more often than not.

While the Mexican street corn chowder is a serious contender from these soup specialists, the watermelon gazpacho is healthy, in peak season and suitable for summer. 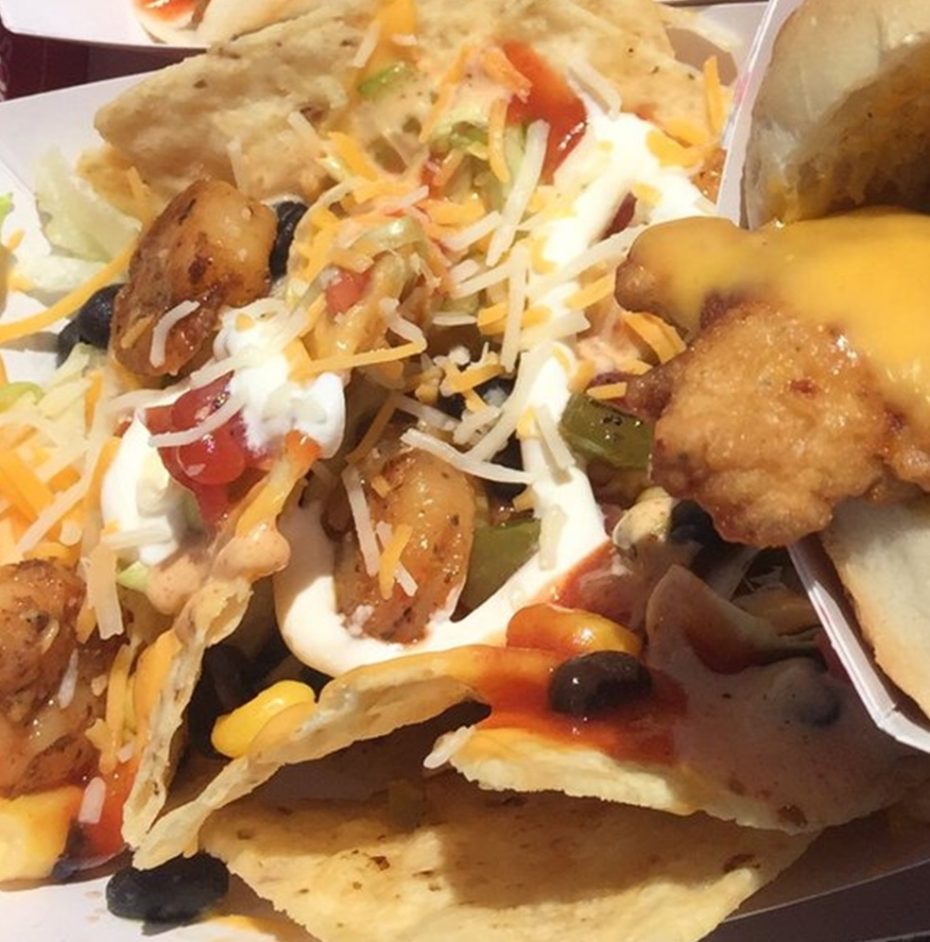 Why: Not typically served on the food truck, these seafood nachos are a good fit for this list as you can walk to your next booth, people-watch and still manage to eat this without slowing down.

That's the beauty of nachos, and the Flaming Fish doesn't shy away from spiciness or flavor.

Why: Clarence Center Coffee Co. was the recent focus of our Cheap Eats feature, as its eccentric decor, balanced menu of panini, wraps and drinks, and outdoor-friendly space made it alluring.

Several customer reviews have lauded the Oreo shake which, as an Oreo enthusiast myself, would be absolutely worth a sample.

Clarence Center Coffee is a relaxing respite for a drink, meal

Why: No, it won't be the most Instagrammable (I hate myself for writing that word) food you'll consume - unless you're partial to murky brownish-orange colors - but the blend of the creamy, buttery sauce with Indian spices is delightful. (This dish was on my judges' list last year and excelled). 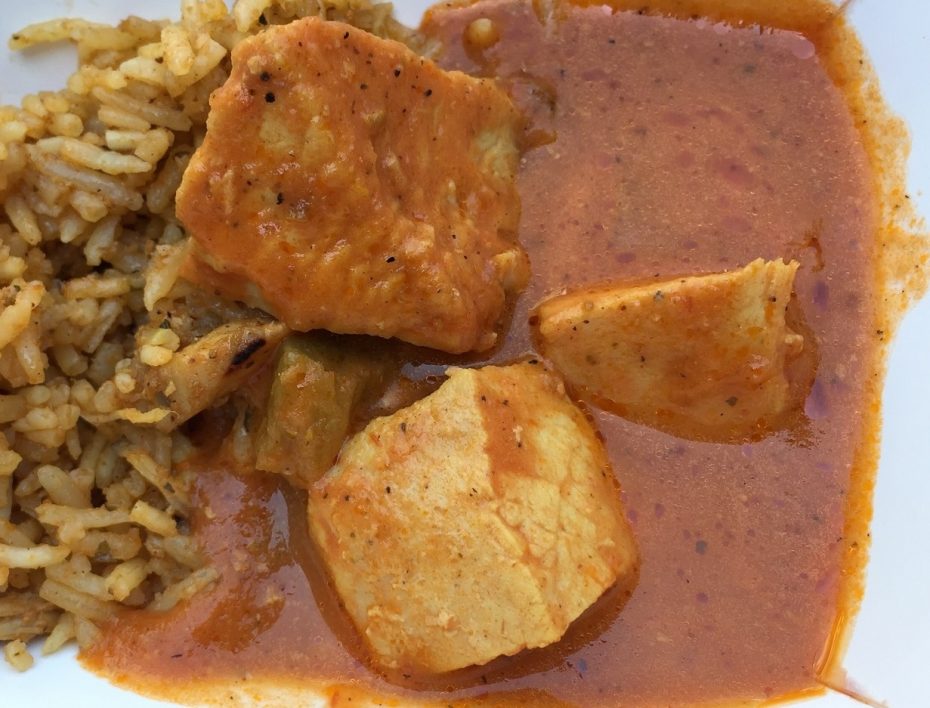 The tender chicken in the butter chicken tikka masala at the India Gate booth at the Taste of Buffalo, 2017. (Ben Tsujimoto/News file photo)

*Beef on weck garbage plate from The Riverstone Grill (tent 27), 10 or four tickets.

Why: Although Riverstone cannot technically call its food a Garbage Plate due to copyright laws, few things are more Western New York-friendly than Rochester's signature dish paired with a Buffalo staple, then mixed together.

Galarneau raved about the Burning River Garbage Plate in his review of the Grand Island restaurant, so this close cousin shouldn't deviate too much.

Why: Chicketta, Italian roast chicken with herbs - often fennel - and garlic, is a clever and healthier play on pork-based porchetta. Expect an unusual Italian bite that's a little different than your classic meatballs or risotto sticks, although the latter two are certainly more popular at the Franklin Street restaurant.

Why: The sponge candy caramel cannoli (featured image) is a legendary Buffalo dessert (see link below) and will likely claim a Taste of Buffalo award, so you don't need an elaborate introduction from me. It will run you a weighty 10 tickets, however, so consider other options from the same dessert gurus.

The chocolate raspberry cannoli pudding cup, seven or four tickets, represents the vendor's healthy choice, ideal if you seek a light dessert at the end of the trip.

Why: You've probably tried rice pudding before, but black rice pudding? Sun introduced the nutty, slightly sweet rice to the Buffalo market - focused primarily at its sushi bar - but it also serves as a terrific foundation for a not-overly-sweet dessert.

Why: Soup savants shared sorrow when Bravo!'s lobster bisque was conspicuously absent from SoupFest this past winter. We can't promise loads of lobster in the four-ticket serving, but we also doubt the soup will be a bowl of diluted disappointment.

Why: Grab some napkins and test your mettle against the Demon Burger, which involves special "Demon" spices, jalapenos, banana peppers, cheese and a garlic pepper spread. It'll be gooey and spicy, and it'll feel like you're eating forbidden festival food. Stack Burger is moving, too, should the fare entice you to visit the restaurant. 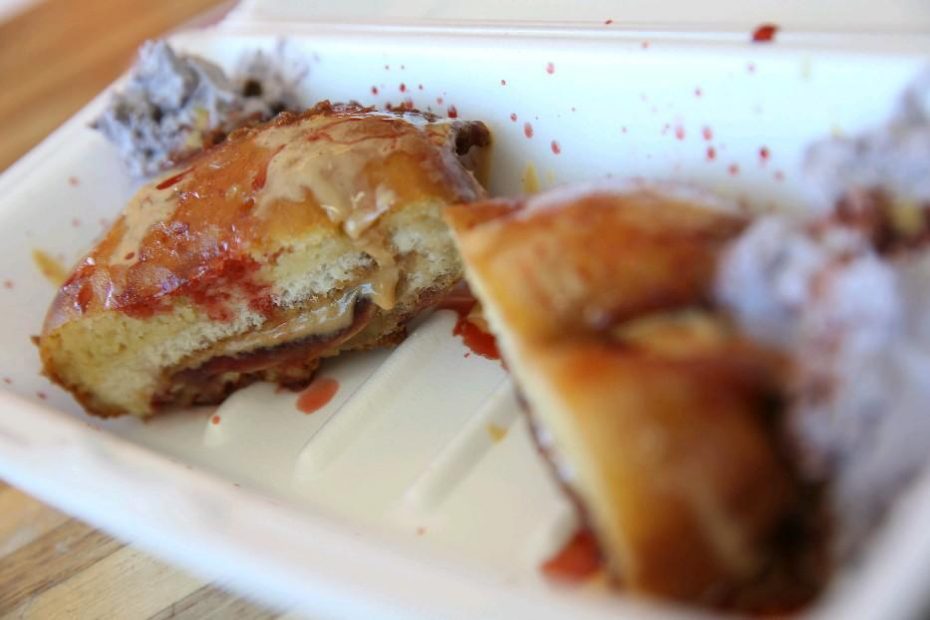 Why: Schnitzel & Co. falls in the upper tier of German restaurants, according to Galarneau, and while brussels sprouts aren't characteristically German, they're certainly meant to be caramelized and even a little charred. I'm not sure how people eat fresh or boiled brussels sprouts, frankly. Given Belgium's deep World Cup run, why not celebrate with this healthy item?