But in Brooklyn, Williams is about as well-known as you can get. He represents neighborhoods like Canarsie, Flatbush and Midwood on the New York City Council. And that’s why his Democratic primary candidacy for lieutenant governor presents a major concern for incumbent Kathy Hochul of Buffalo, not to mention Gov. Andrew M. Cuomo.

Like everyone else besides Hochul on the Democratic and Republican statewide ballot this year, Williams lives downstate – where the votes are. His Council district alone serves as home to 178,000 people, compared to approximately 270,000 in the entire City of Buffalo. In New York City alone, enrollment statistics show city Democrats with 3 million members compared to 2.6 million in the rest of the state.

Hochul must bet that when she meets Williams head-to-head in the September primary, her more than 800 events in New York City have familiarized her with enough voters to overcome the significant downstate advantage.

Her showdown with Williams has forced her to open her own campaign finance account, schedule fundraisers apart from Cuomo, hire her own campaign consultants and work hard to gain backing from city Democratic clubs like Hell’s Kitchen Democrats, Independent Village Democrats and Chelsea Democrats.

“I approach all my races with the same philosophy,” Hochul said in a recent interview. “Nobody will outwork me.

“And there’s a compelling reason to keep me in office: I work in concert with the governor,” she added. “That message will resonate with voters.”

Williams, meanwhile, rejects the entire notion of a loyal assistant to the governor.

“The normal belief is that the lieutenant governor has to be a rubber stamp and go around cutting ribbons,” he said while at MLK Park. “I’ll work with the governor when his actions back up his words. But I’ve seen no leadership from the current governor; I’ve just seen followship.”

Williams said his campaign revolves around people forced to live in abandoned houses or unable to pay their mortgages and asks why the current administration should be considered a success.

“What good is there in having a lieutenant governor who doesn’t push back?” he said.

“New York City candidates have a big advantage when you look at the fact that 70 percent of the votes come from the New York City media market,” he said.

For decades, Fife said, Democrats eyeing statewide office have courted organizations like the Democratic Rural Conference to demonstrate their upstate interest. But the vote stemming even from metropolitan areas like Buffalo and Rochester pale in comparison to the five boroughs and surrounding suburbs in Westchester, Rockland, Nassau and Suffolk counties.

“The Buffalo vote is important, particularly because Kathy has a higher profile there,” he said, but noted it will only comprise 7 or 8 percent of the statewide total. “But it can be easily overcome in the city.” 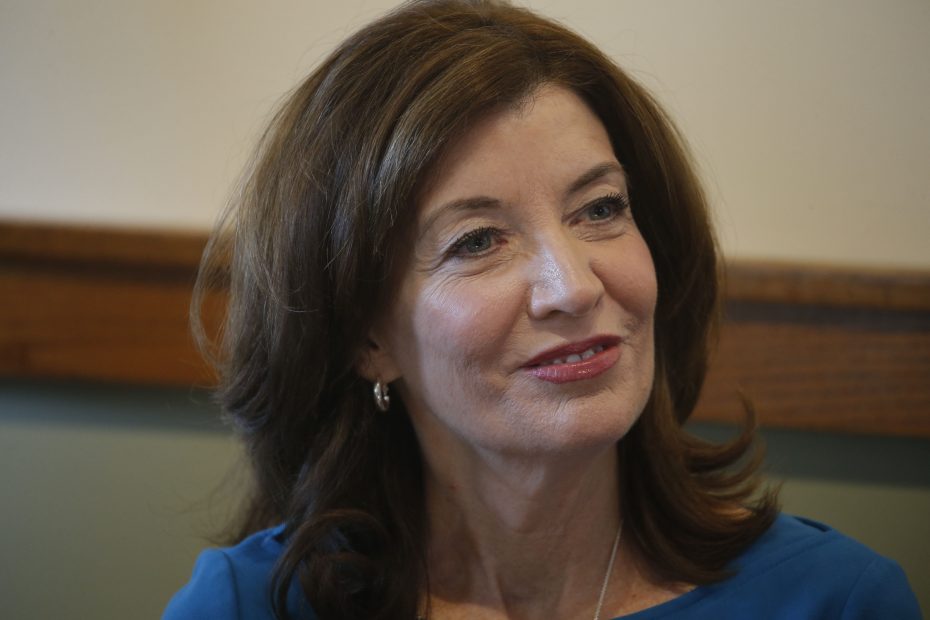 The challenge posed by the upstate-downstate enrollment disparity already has manifested itself. The Buffalo News reported in April that Cuomo forces, concerned over the Williams challenge, tried to ease Hochul off the statewide ticket and into a congressional race. Sources indicated Cuomo was worried about getting saddled with an uncooperative lieutenant governor should Williams win the primary.

No doubt the governor recalls the 1982 Democratic primary, when his late father – Mario M. Cuomo – won the gubernatorial primary against New York Mayor Edward I. Koch. But his running mate, then-state Sen. H. Carl McCall, lost the lieutenant governor contest to Westchester County Executive Alfred B. DelBello. The elder Cuomo then virtually ignored his second-in-command throughout the term and was joined in 1986 by Rep. Stan Lundine as lieutenant governor.

Another factor worrying Cuomo and Hochul lies in ethnic voting patterns. Williams, who is African-American, is expected to appeal to New York City’s huge minority population. That prompted the springtime news reports indicating Cuomo was considering replacing Hochul on the ticket with a black running mate such as Tish James, the New York City public advocate now competing in the Democratic primary for attorney general.

“When you look at Carl McCall’s numbers, Cuomo’s real problem was not penetrating the black and minority vote,” he added. “And the minority vote is stronger now than it was 10 years ago, and we saw that in the New York City mayoral election.”

Hochul points to her support from local minority leaders, a record of “fighting for racial justice since I was a kid,” her regular attendance at services in African-American churches, and believes she maintains strong support among minorities.

“They know I’m Gov. Cuomo’s partner,” she said, “and they know that running state government requires a team that works together and is not adversarial.”

Hochul insists that she will benefit from her own natural constituencies such as female voters. She has carved out a reputation as a champion of women and their causes since arriving in Albany, noting the support of Planned Parenthood and similar groups.

“And I come from a part of the state where that’s not the easiest thing to do,” she said.

Williams also rejects the notion that he will win simply on geographical and ethnic appeal. He thinks New Yorkers are eager to embrace a new kind of lieutenant governor who wields power separate from the governor.

“I never dismiss the power of the bully pulpit,” he said. "It’s not been in the right hands for some time now.”