In the days following 9/11, Laurie Fournier worked at the crash site in Shanksville, Pa., on her hands and knees, sifting through debris, searching for body parts or any other evidence of the people who died at the hands of terrorists that day.

Later, the FBI agent, a native of Wilson, would talk proudly about how everyone aboard United Airlines Flight 93 was eventually accounted for and how every family found closure in the work she and her fellow agents did.

In a solemn ceremony last week in Washington, D.C., the FBI honored Fournier by adding her name, along with a star, to the agency's Wall of Honor.

It's an acknowledgement that came eight years after the SUNY Buffalo State graduate died of cancer, an illness the FBI now acknowledges stemmed from her work at the crash site in Shanksville.

More and more, it is becoming clear that the death toll from those terrorist attacks continues to mount, even now, 17 years later. In Fournier's case, the news of a link between her illness and her work as an agent didn't come until earlier this year, more than eight years after her death.

"I was surprised," Michael Fournier, her husband of 10 years, said of the link between her work and her illness. "It kind of felt like I got punched in the face and socked in the gut again."

Fournier, who also grew up in Wilson and still has family here, said his wife never suspected her cancer might be tied to her work as an agent. And even if she did, he doubts she would have second-guessed her decision to take part in the evidence recovery at Shanksville. 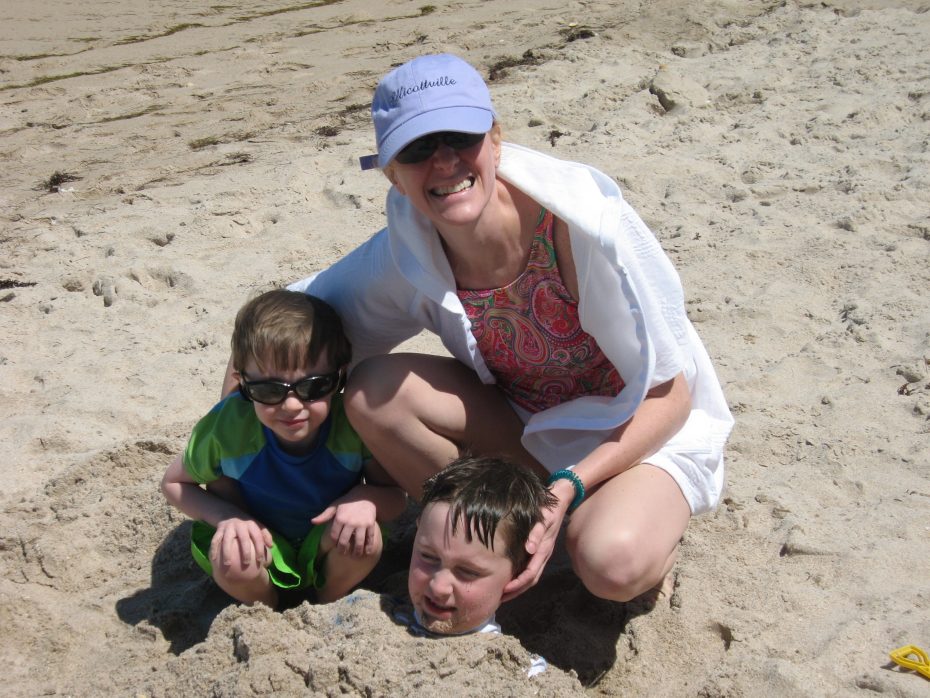 Laurie Fournier with her sons at the beach. She died at 47, not realizing her cancer was the result of her work digging through debris of United 93 in Shanksville, Pa. Her husband said she was proud of the work she did, and "I don't think there would be any regrets." (Family photo)

Researchers now know that all four airline crashes on 9/11 produced dust and debris full of toxic materials, including asbestos, glass particles and burning jet fuel. They also know those airborne hazards are linked to cancer and lung disease.

"I don't think there would be any regrets," Fournier said. "I still think she would fall back on the families of the victims and what was best for them."

When Fournier's star went up on the Wall of Honor, an acknowledgement that she died in the line of duty, she joined nine other FBI agents who also died because of their work at post-9/11 crash sites.

"It brought up a lot of emotions," said Special Agent Vicki Anderson, a colleague and friend in Cleveland, Ohio, where the Fourniers still live. "She was on her hands and knees in debris for 11 days, and yet she never suspected that might be the cause of her cancer."

Anderson said her friend always wondered why, out of the blue, she became sick.

"She died of melonoma but never had an original spot," she said. "This would have given her an answer to the question, why me?"

Growing up in Wilson, Laurie Volls was a year ahead of her future husband and, despite going to Wilson Central High School together, they never crossed paths until Volls was working for the FBI in Cleveland.

She was a graduate of Buffalo State and, before joining the FBI, worked as a social services caseworker in Niagara County. Fournier recalls her talking about her work with deadbeat dads.

Avid skiers, they met in Ellicottville in 1997 while Fournier was back in town, and immediately struck up a relationship. 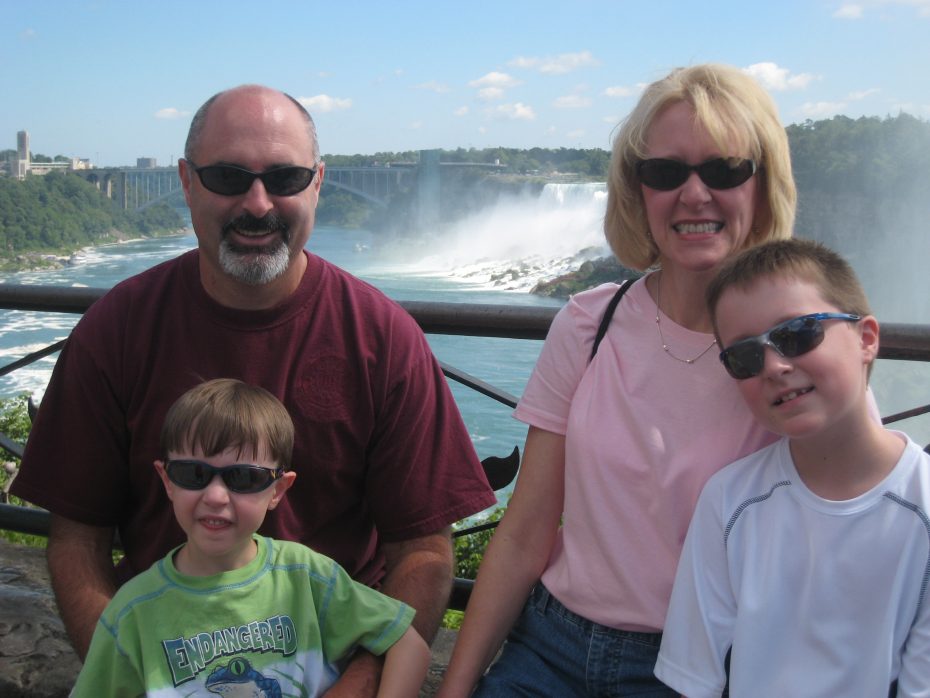 Wilson native Laurie Fournier with her husband, Michael, and their sons at Niagara Falls. Laurie Fournier died in 2009 at the age of 47 after a more than six-year battle with cancer. "Because of the boys, she wanted to live as long as possible," her husband said. (Family photo)

"I never met anyone who had it so together," Fournier said of his wife. "She had a direction and a purpose going on. She was driven. She wanted to do her best no matter what she did."

They married in 1999 in Sanborn and, over the next several years, made their home in Cleveland. Together, they had two boys, Drew and Harrison, and Fournier will tell you, without pause, that their kids gave his wife the will to fight her cancer.

"Without a doubt, that was her motivation," he said. "Because of the boys, she wanted to live as long as possible. And she was willing to do whatever it took. It turned out to be a six-year plus battle."

Fournier said there were low times during that struggle but, inevitably, his wife would look at him and say, "Damn it, I'm an FBI agent."

She died in 2009, eight years after 9/11, and without any hint that her work in Shanksville had led to her illness. She was 47.

Anderson said she still remembers vividly how her friend helped her through her own battle with cancer, and how she always found a way to life her spirits.

"She was very caring, very competent and very devoted to her boys," she said of Fournier. "And she was absolutely hilarious. She was a smart-aleck, always joking."

Fellow agents still talk about "Fed Up," the band Fournier, a singer and keyboard player, and other FBI agents formed while in Cleveland. 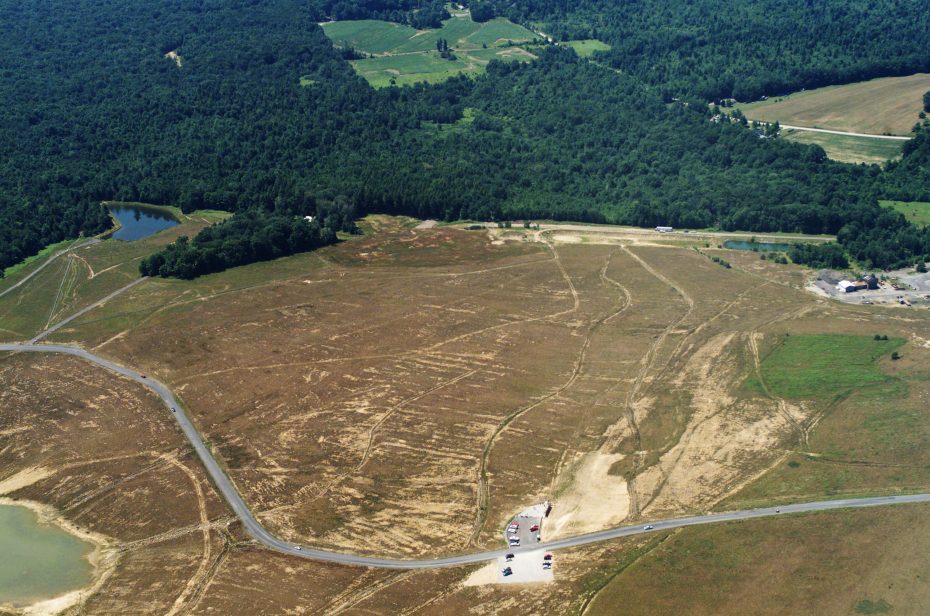 As an agent, she investigated cases involving Medicare and Medicaid and was part of her office's Evidence Recovery Team. She also served as a liaison with the FBI's National Academy in Quantico, Va.

"She loved the job," said her husband.

No one ever suspected there might be a link between Fournier's cancer and her work gathering evidence after 9/11.

And then in January of last year, Michael Fournier got a call from the agency. They told him his wife's illness might have stemmed from her assignment at Shanksville and asked for her medical records.

He agreed and, several months later, got word that in fact she had died in the line of duty.

He admits his initial reaction was one of both hurt and anger. And when asked what he do differently if he knew about the risks of her going to Pennsylvania, he struggled for an answer.

"That's a hard call," he said. "I never wanted to lose her so knowing what I know now, I probably wouldn't want her to go."

In the same breath, he will tell you that Laurie still would have gone. He will also tell you that his the two boys see things much differently.

"They never said anything about anger," he said. "They are just proud of what she did."

On Thursday, the FBI honored Fournier with its ultimate recognition  a star on its Wall of Honor.

"These are painful to present, and ever more painful to receive," David L. Bowdich, deputy director of the FBI said during the ceremony. "Yet the individuals they honor are an integral and unforgetable part of the FBI's history."