What do you really know about your favorite wing flavor? What if there were no limits to your sauce potential? How far would you go if you knew you couldn’t fail?

Well, you can fail because Sriracha Nutella doesn’t jibe, but the rest is all at (or on) your fingertips at 716 Wing Kings’ new location at 484 Elmwood Ave.

Opening in early June next to Thin Man Brewery, Wing Kings serves more of the vast and crazy wing options that met success at its original location, 1281 Hertel Ave. It’s primarily takeout, but there’s a small amount of seating should you want to stick around.

Bolstered by a broad list of hefty half-pound burgers (ranging $9-$13) and a few other sandwiches, the menu is rightfully focused on their salad selection. For $4.95 it’s a fine Caesar, but all jokes aside we’re here for wings so let’s just hop right to it.

You can split them up as usual in increments of 10 and sauce them as you please, pending some upcharges depending on how creative you want to get. Anything char-grilled is an extra $1 per 10 (the grill wasn’t installed when I went but is now). The same fee applies for mixing any two styles together from the 35 flavors that include the classic hot, medium and mild for the spineless.

A bucket (50) of the specialty style wings runs $48.95. It’s not a budget wing by any means, but who else is doing these flavors? With that in mind, I wish the blue cheese was not House Recipe brand. 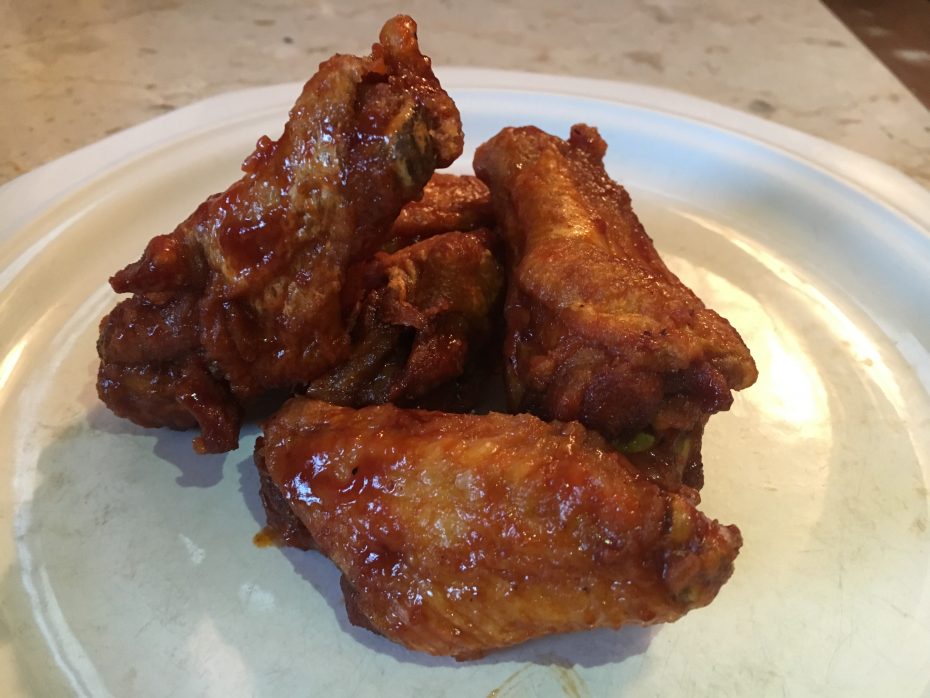 Buffalo on Buffalo, the sweet heat of the loganberry-hot wing combo was a good call for the $1 extra mix and match up-charge. (Phil Wagner/Special to The News)

Kicking it off is a custom Hot-Loganberry combo for an extra $1. Never a big fan of the beverage, I figured the sweet heat would make for a good wing combo, and that held true; it wasn't a super pungent flavor, but enough on the finish to make it a worthy alternative for fans of hot barbecue. 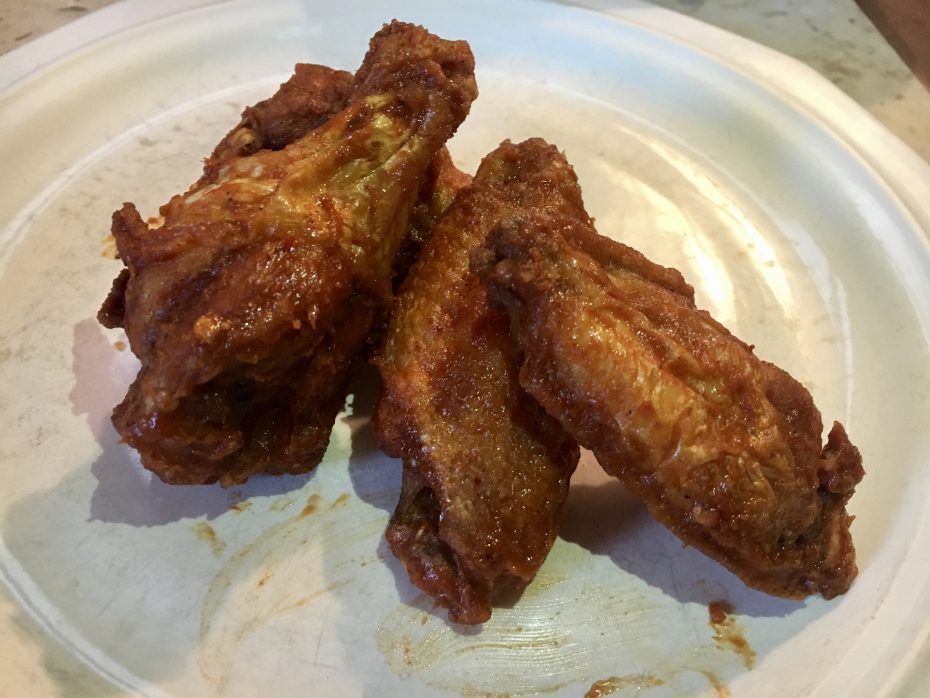 The 911 Wing is advertised as “extreme heat” but registers more like "pretty hot." It’s a warm, building heat that’ll keep the spice fans happy but won’t send anyone running for milk. 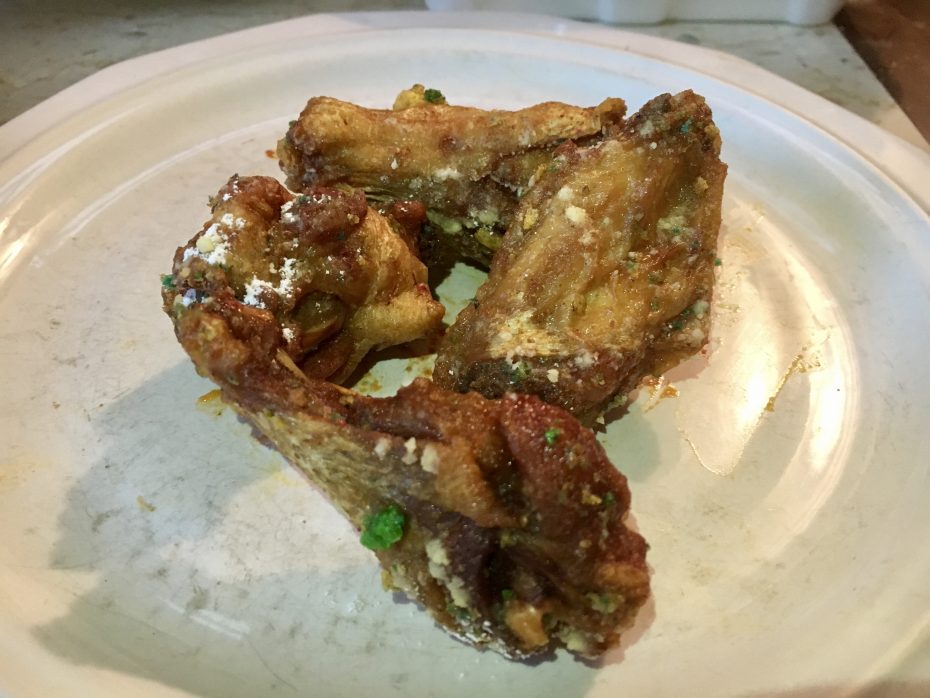 Captain Crunch coated wings served with a side of royal icing to tie the experience together. Novelty fun factor with some serious flavor to back it up. Live a little. (Phil Wagner/Special to The News)

The Captain Crunch Berry comes off the dessert wing selection that includes the likes of PB&J, Cinnamon Toast Crunch, Nutella, Fluffer Nutter and more. They’re served with a side of royal icing that’s fun for about two bites until the Buffalo rears its head and you switch to blue cheese because your brain can’t process the signal. Fried crunch berry-coated wings: sweet, salty, and crunchy. Approved? Hell yes. 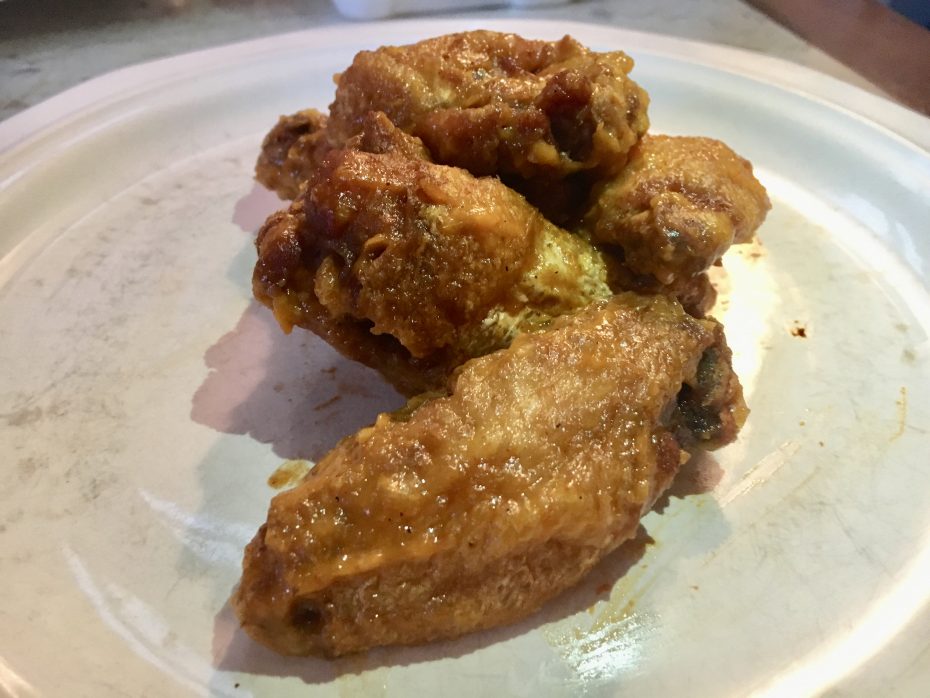 The bright and fruity classic pairing of mango habanero brings tropical heat. Just one of the 35 different base flavors to choose from at Wing Kings 716. (Phil Wagner/Special to The News)

Mango habanero pairs the namesake's pepper heat with the fresh fruity flavor of mango sauce. They’re more flavorful than the 911 but pack less of a punch. In hindsight I’d pair the two for the $1 upcharge to round them both out.

Lemon-pepper wings were the dark horse. These were some of the best wings of my life, and I never saw it coming. A staple item of Atlanta, this was my first experience; they were unforgettable. Tangy lemon and warming pepper on salty, crispy chicken skin.

These were my last to try of the bunch and I devoured all 10. I ate a shameful amount of wings. I regret nothing. King me. 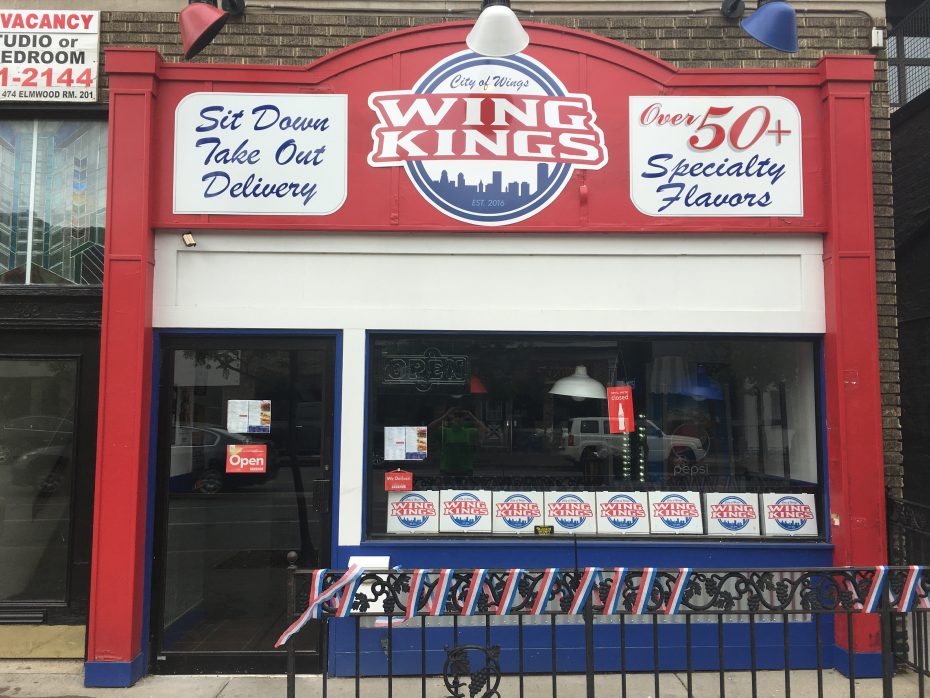 Wing Kings' new location is at 484 Elmwood Ave right next to Thin Man brewery. (Phil Wagner/Special to The News)

*Click the 'Starters' tag below to see more of these posts.