The yearbooks, about 700 of them, are packed onto shelves in Bill Greco's basement in East Amherst. Most are from Buffalo high schools, past and present. Many are filled with scribbled notes about friendship and first dates and lunch tables and good luck.

Open them up, take in that scent of ancient pages, and you find some of this city's most celebrated sons and daughters.

Here is Tim Russert (Canisius, 1968) giving best wishes to a friend named Pete, a guy he describes as "the handyman of C.H.S." Here is Kit Klein (Fosdick-Masten Park, 1926), her signature written across her shoulders, a few years before she won a speed skating gold medal in the winter Olympics.

Here are senior portraits of basketball Hall of Famer Bob Lanier (Bennett, 1966) and Episcopal Presiding Bishop Michael Curry (Hutch-Tech, 1971) who just gave the sermon at a royal wedding. That somber, intense fellow who was both the manager and member of the track team? Here is Francis Striker (Lafayette, 1922), who created the Lone Ranger and the Green Hornet.

Here, too, is a beardless, short-haired Joe Ehrmann (Riverside, 1967) beginning the journey that turned a National Football League all-pro into a thoughtful sports humanist. Here is Warren Spahn, baseball immortal, on the 1939 South Park baseball team. Here is Sidney Farber (Fosdick-Masten Park, 1920), pictured in his University at Buffalo yearbook, who went on to be the father of modern chemotherapy.

Yet fame is hardly the only measure of importance. Here, too, is an image in some ways at the heart of the collection, the senior portrait of Deborah Wright (Buffalo Seminary, 1969), who – in an email exchange only a few months ago – allowed Greco to find some peace after 53 years.

At 66, he is retired from careers as a cancer research scientist with the Roswell Park Comprehensive Cancer Center, and as a teaching professor at the University at Buffalo. His passion is documenting the history of the Jesse Ketchum Medal, an academic honor named for a 19th century Buffalo philanthropist. It is still awarded to top-ranked students in the city's eighth grade.

All told, in many shifting categories since 1873, there have been almost 13,000 recipients. Greco, historian for the Jesse Ketchum Memorial Fund, has assembled a monumental list of every winner. The yearbook collection began as a way of adding to that list, and then took on a life of its own. 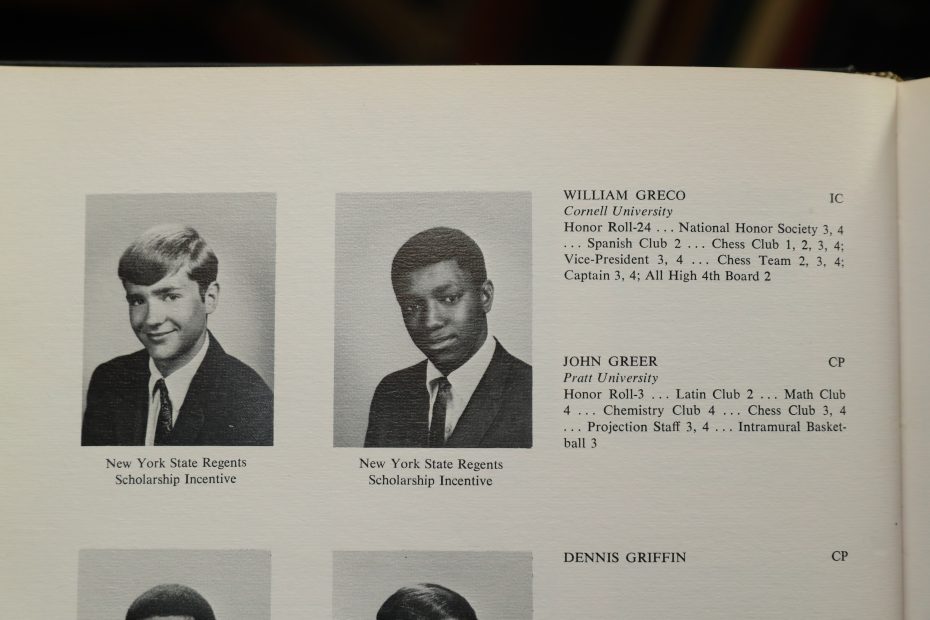 That passion was kindled when Greco was in grade school at P.S. 77 on Buffalo's West Side, a child with a single-minded aspiration. His father served 10 years in Attica for his part in a robbery that Greco said involved a total of $2. That prison record made it tough for his dad to find a steady job, and the little boy came to an early realization: Amid day-to-day struggle, scholastic prowess might be the best way out.

The greatest symbol of excellence, to Greco, was the Ketchum Medal. Winning it was his overriding goal, a mission of unusual childhood intensity. It soon became clear that only one pupil in his grade, a girl he barely knew, was a serious rival.

Her name was Deborah Wright. Greco saw her as a happy, confident kid with a gift he wished he had: She seemed to be a naturally gifted scholar.

Still, he succeeded in his quest. In eighth grade, he was named winner of the school's top Ketchum Medal, while Deborah earned the one for second place. On the day of the announcement, she walked up to him, hand out, to offer congratulations. 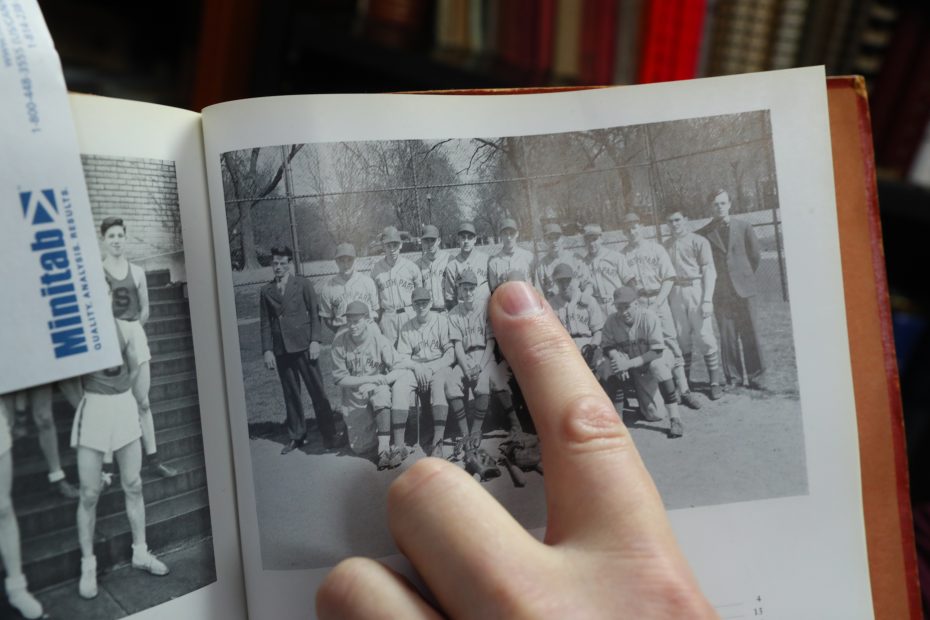 Greco paused. At 13, for a reason he cannot fully explain, he thought she was mocking him. He declined to shake her hand. After an awkward moment, Deborah dropped her hand and turned away. Greco can still see it. He instantly knew he was wrong. He wanted to shout an apology, but he was too embarrassed.

He expected he would see her again, at a citywide ceremony where students received their medals. The two children were supposed to sit side-by-side. For many days, he rehearsed an apology.

It never happened. Deborah did not attend. A part of Greco wondered if she stayed away out of hurt about the snub. He went on to be valedictorian at Hutchinson-Technical High School. He graduated from the Rensselaer Polytechnic Institute, did doctoral and postdoctoral work at the University at Buffalo and built a long career at Roswell.

He kept the medal, this symbol of everything his life became. Yet whenever he pulled it out, a flash of remorse about the hand he did not shake returned to him.

A couple of years ago, he happened upon a copy of the 1969 Seminaria, yearbook for Buffalo Seminary. He flipped it open, and a portrait gave him a jolt: There was Deborah Wright, as a senior. He thought about trying to contact her but did not really pursue it until this spring, when his work on a book and article about the Ketchum Medal kept bringing the story to his mind.

One day he went to Google, and typed in her name.

Deborah Wright Dawson immediately popped up. She now lives in Lansing, near Ithaca, where she is a Tompkins County legislator. Her husband, Ronny Hardaway, is deputy village mayor.

Greco took a breath. He typed out an email. He included an image of Deborah from that 1969 yearbook.

And he apologized for what he did, at 13.

On the other end of his email, the now-Deborah Dawson was astounded.

She calls herself "a recovering lawyer." She worked in many cities, including Tampa, Dallas and Pasadena, before convincing her Texas-born husband that the Finger Lakes would be a beautiful spot for quasi-retirement. 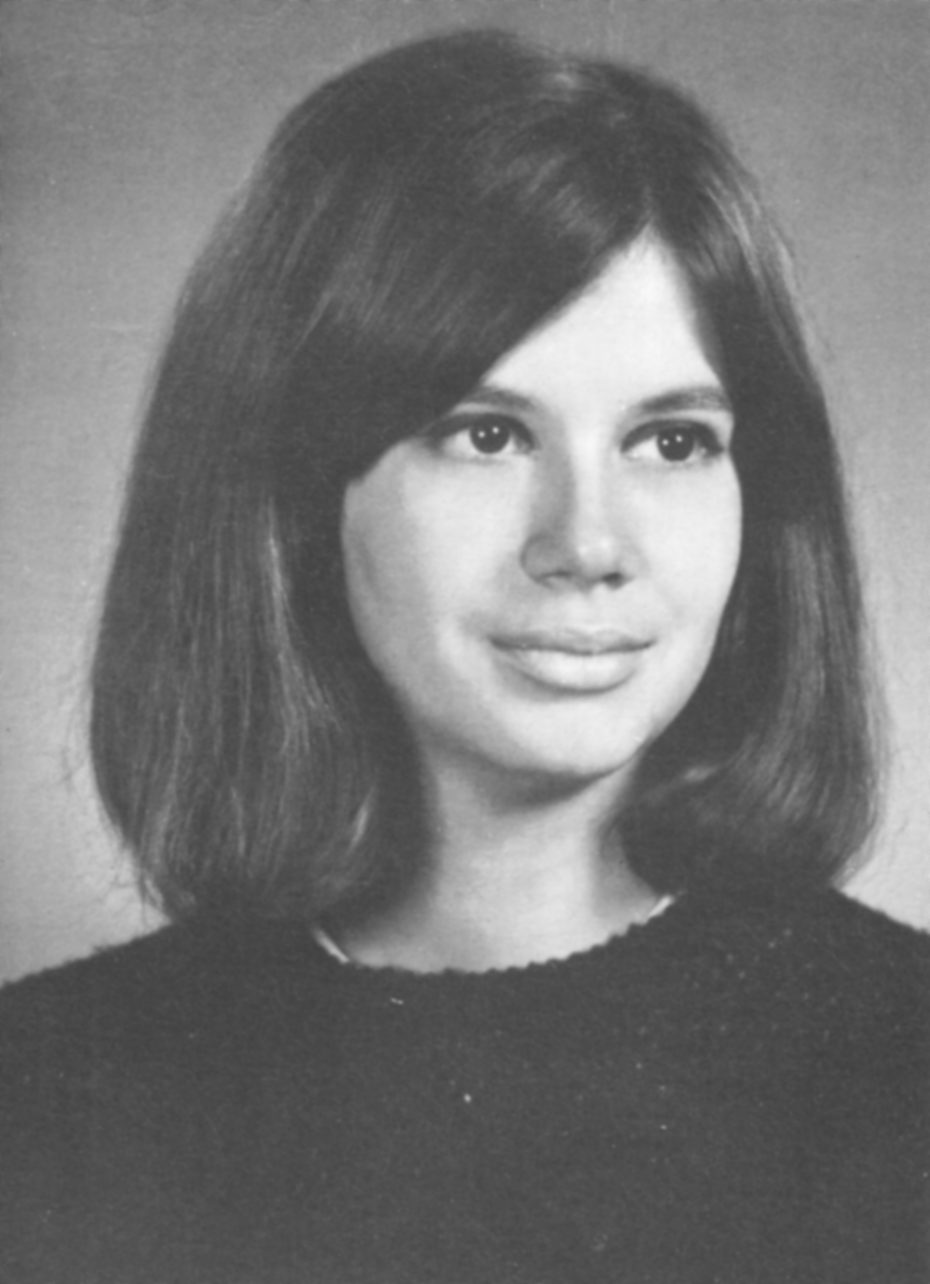 Deborah A. Wright: Her senior portrait in "The Seminaria." (Image courtesy Bill Greco)

Sure, she said, she remembers Greco. To her, he was an intensely focused child who gave no hint of difficulties at home. "He was the kid who showed up in a blazer," said Dawson, who has no memory of the instant when he declined to shake her hand.

She might not remember, she said, because she grew all too accustomed to that kind of treatment. Grade school was painful. She lived with her parents in an upper flat on Utica Street, and her mother decided her academic smarts meant she should skip third grade and go straight into the fourth.

"It was the worst thing that ever happened to me," Dawson said. She described herself as "the smart geeky kid no one liked," and she felt isolated from older children in the grade. Even the high school she attended was her mother's choice, not her own.

Only when she reached college, Dawson said, did she begin to enjoy life.

"I feel badly he spent so much time feeling badly," she said, of her response to Greco. "It occurred to me that the two of us could have been allies, but he saw me as a rival. It would have been nice having a friend who didn't hold it against me that I was smart."

Then again, it is never too late. Dawson gets back to Buffalo from time to time, and she likes the idea of meeting Greco and his wife Linda for coffee or dinner. Maybe Greco, finally set free from his regret, will bring along the Seminaria yearbook.

If so, this is what Dawson would write, above her senior photo:

"Relax a little, William. You got this. Deborah." 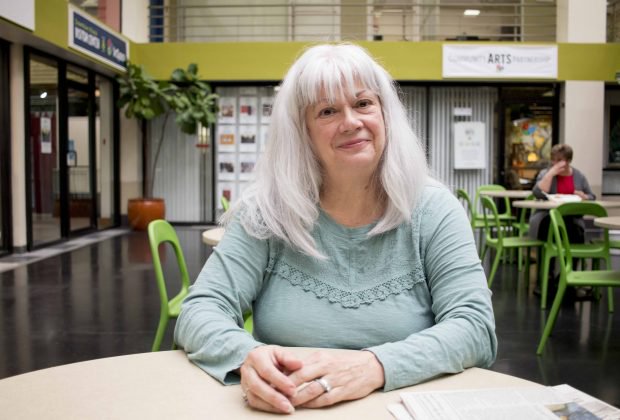