For a neutral viewer, FC Buffalo's first meeting with rival Erie this season will be remembered as a serious contender for match of the year - not because it was pretty, but more for its frenzied conclusion.

Three goals - two by Erie, one by the Wolves - between the 88th and 94th minutes vaulted Dale White's squad to a dramatic 4-3 win at Edinboro University on May 26. There was a demoralizing own goal, a rapid Erie equalizer and then sheer bedlam when Cameron Philpot slotted home the winner, ripping his jersey off in the goal celebration as FC Buffalo defenders stood stunned.

Had FC Buffalo clung to its 3-2 lead that day, or even settled for a draw, the National Premier Soccer League standings would look considerably different heading into the rematch and home finale, at 7 p.m. June 29 at Robert E. Rich All-High Stadium.

After a truly impressive win Friday over Rochester, the Wolves did themselves no favors on the back-end of a two-game weekend, falling 3-1 last Sunday in Pittsburgh against Fort Pitt. 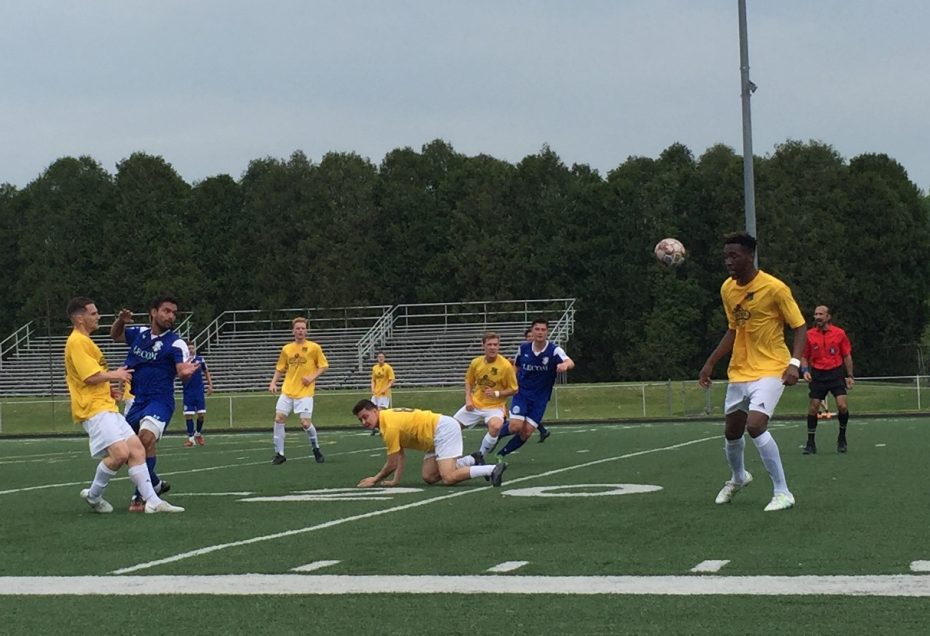 Erie enters the rivalry bout with 20 points in nine games, the best points-per-game ratio in the East Conference, from which two teams advance to the postseason. But the Commodores wrap the regular season with three matches against the only foes with a chance at the playoffs: Fort Pitt Regiment and Cleveland SC, as well as FCB.

After Friday's game, FC Buffalo, with 17 points in 10 matches, concludes with an away match at Greater Binghamton FC (0-9) on July 7. While that finale certainly isn't a gimme - GBFC's tightest match was a 2-1 loss at All-High - the Wolves are certainly a heavy favorite.

Here's a look at the standings, which are aided by the "points per game" category. All teams will play 12 regular-season contests.

The National Premier Soccer League's East Conference standings, as of June 28, 2018. (via NPSL.com)

For more perspective, Cleveland SC finishes with two road games, at Syracuse and Erie, while Fort Pitt hosts Erie and then travels to Rochester.

While there are too many permutations to say exactly what an Erie or FC Buffalo victory would mean for the playoff picture - much hinges on the other contenders' results - Friday's clash nevertheless ranks among the biggest in history for an FC Buffalo team that's advanced to one postseason and still seeks its first playoff win.

"It's the biggest game since I have been here," head coach Frank Butcher admitted in a message. "Probably the biggest in a few years for the club. A win puts us in a pretty good spot to make the playoffs. I really feel like the fans deserve a playoff team, and the guys have definitely put in the work and seem ready to go.

"I think it is going to be a great atmosphere and hopefully we can put together a solid effort and reward our fans with a good showing.