Lisa Wojdan never expected it to be so difficult to buy a new house.

She and her husband started searching in Elma and East Aurora last June, one month after they got married. They looked at almost 50 houses in the past year, missing out on two they really liked, while others were gone before they even had a chance to look.

So when they found their dream home, they pulled out all the stops: $50,000 over asking price, no home inspection, no contingency and a $20,000 deposit.

"Once you find a house you want to see, it's amazing how fast you have to move, because it could be gone the next day," Wojdan said. "You have to have everything in line."

The reason is simple: A strong economy with low mortgage rates, coupled with a severe shortage of homes for sale that has buyers scrambling to move fast – and decisively – when they find one they like. There currently are half as many homes for sale as there were at this time six years ago, and fewer than at any time in at least the last 20 years.

That often pits multiple bidders against each other, trying to one-up each other with both extreme offers and creative terms to secure the deal.

That means not just paying a lot more than the asking price – which has become almost standard practice – but also:

• Forgoing inspections, contingencies and other requirements.

• Paying in cash, with big deposits and minimal or no financing required.

Meanwhile, sellers are more frequently using an organized auction system, calling for all "best and final offers" by a firm deadline to maximize their opportunity in a condensed time period. That's good for them but only adds pressure on buyers.

"It's very difficult to buy a home right now, and clients are certainly getting frustrated and a number have decided to make alternative plans," said Jody Desnoyers, owner of Own NY Real Estate, a small real estate brokerage in Clarence, who said his agents have lost 143 offers for clients in multibid situations in the past 12 months. One client lost out on three offers over $500,000. 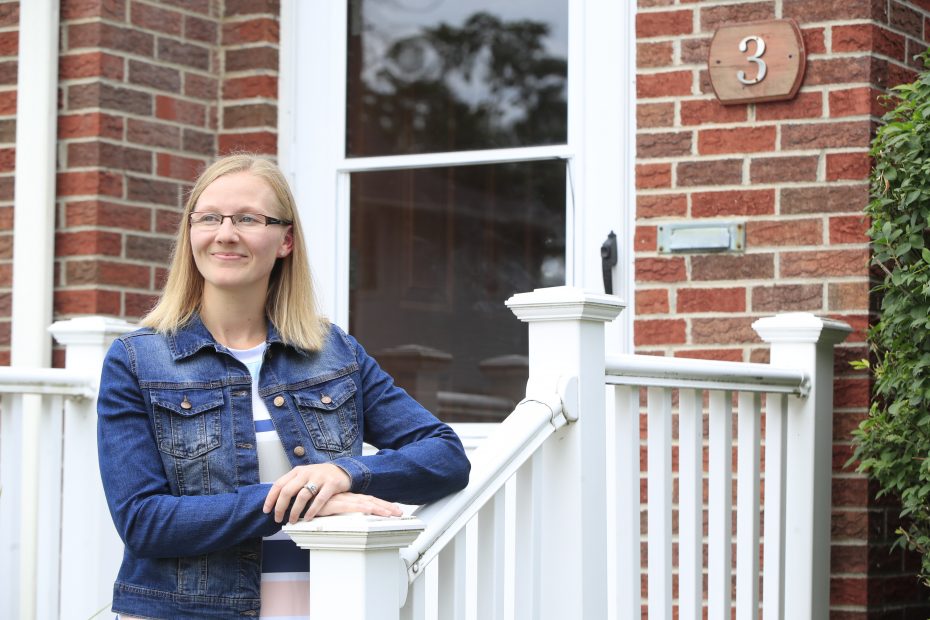 Susan Lenahan, a longtime city agent with M.J. Peterson Corp., said it's "pretty standard" now to get three to five offers on a house, and she's seen as many as 10 to 15. She recalled one in the Elmwood Village where a single-family home sold for more than $100,000 over the list price.

"It is crazy," she said. "We're not used to paying over the asking price. It goes against everybody's grain."

Eric and Dawn Kuss lost their first bid in March. They had lined up seven houses to see on a Saturday, but five of the seven were gone by Friday and then the other two were "just awful," Eric Kuss said.

Finally, an owner of two houses next door to each other in South Buffalo put both up for sale for the same price – $79,900, so the Kusses offered $87,100 for either of them, and won one.

"It's been shocking. Absolutely every single house we've come across have all been multiple offers. There was never an opportunity to just walk up and negotiate," Kuss said. "We've had to increase our budget three times just to stay competitive."

He added, "Other than children, this is probably the most stressful thing I've ever had to do in my life."

What's driving the aggressive deal-making is the extremely low level of homes available for sale, not just in the Buffalo Niagara region but nationally, as well.

According to the Buffalo Niagara Association of Realtors, the inventory of homes on the market in the eight-county area is now a little more than 2,850 – a level not seen in at least two decades. That means there's only enough homes on the market to support about three months of sales if the current pace continues. Housing experts say a six-month supply is a sign of a market where buyers and sellers are in balance.

As a result, the number of home buyers far outpaces the number of sellers, with a particularly limited number of updated, well-maintained and properly priced homes. And that's caused a flood of traffic in and out of open houses, followed by a flurry of competing offers.

"We have a lot more buyers and a lot less houses," said Annabelle Aquilina, an agent at Hunt Real Estate Corp. "It's certainly driving the prices up and the competition up."

The lack of enough new construction is another major factor, agents say.

When the housing bubble burst a decade ago, many smaller or mom-and-pop homebuilders stopped putting up mid-range houses, and focused on higher-end or custom homes instead. Larger national corporate builders could still continue, but with the exception of Ryan Homes, they're not operating in Western New York.

And the cost of land, materials and labor have increased enough that builders can't afford to build starter homes anymore. "It's tough on people who can't go over $100,000," said Stacy Phillips, an agent at Hunt Real Estate Corp. who has a client in the $80,000 range. "There's not much out there."

"I've never seen this before, and it keeps getting tougher," said Jerry Thompson, broker-owner of Century 21 Gold Standard in Amherst and East Aurora.

The resulting mismatch of supply and demand creates a lot of stress for buyers and their agents.

"If you're a seller, you're golden," Phillips said. "It's really hard for buyers right now."

She cited one case in which a three-bedroom house in the Riverside area of Buffalo received 17 offers – which means 16 people lost out. The 1,300-square-foot home was listed for $69,000 and sold for more than $100,000. "There's so little inventory," Phillips said. "People are putting their houses up and as soon as they're up, they're gone."

Worse, for many people, they have to put in offers on multiple houses over a period of months or even a year, with no luck for a while. And the agents only get paid when they're successful, no matter how much time they spend.

"It's difficult to keep people's spirits up when they put in one, two, three, four, five, or 10 offers and not come away with a house," Aquilina said.

The struggles have forced agents to become more aggressive and creative with their clients. Sometimes, they're advising their clients to go big – even $40,000 to $50,000 over asking price. But then they have to worry about whether the appraisal will come through at that level to justify a mortgage. If not, the buyers have to find another source of cash or "go back to the table," Phillips said.

"Some buyers, they get very frustrated, and they give up," Lenahan said.

Alternatively, buyers try to make their offers more enticing by paying closing costs for the seller, putting down a bigger down payment or deposit, or putting a home warranty on the seller's new house.

"I'm seeing buyers use their financial wherewithal to impress with big deposits," Thompson said. "Cash is king in this market. It allows them to assure the seller that they're closing no matter what."

Those techniques effectively give the seller more money, without triggering concerns about appraisals. "You can't do it in every situation, but if we can, we do," Phillips said. "Creativity is the name of the game."

No incentive to move

The hot market and the shortage of homes for sale isn't prompting home owners to sell, either. There's a simple reason for that: Anyone who sells their home has to buy a new one in that same market where good homes are hard to find and getting more expensive.

"Ultimately sellers are getting great prices, but if they have to become buyers, they're in the same boat," Aquilina said.

Elizabeth Matisz, a special-education teacher for Niagara Orleans BOCES, and her husband, Michael, an Amherst fire dispatcher, experienced this dilemma. The couple put their two-story house on the market at the end of March for $159,900, and sold it within a week for $168,000.

Then they began their own search. It was "definitely slim pickings," Matisz said, so when they found an East Amherst home listed at $325,000 that they liked, they offered $335,000 – and lost. "It was so hard to find a house," said Matisz, daughter of Aquilina, the real estate agent. "We even asked ourselves if this was the right time to do it."

The next time around, with a newer 2,300-square-foot home in Getzville, they went higher, bidding $332,000 against a $309,000 ask. They already knew the seller had received several offers. "In this market, we knew they weren't lying," Matisz said. "It was such a nice house. You knew there had to be other offers on the table."

The cost of moving

Another factor is that many homeowners already refinanced their own houses during the period of record low interest rates in the past decade. So unless they have a reason to move – such as a new job, divorce or a change in their family size – they'd end up paying more on a loan for a new house, now that interest rates are rising.

"Sellers are afraid to list because they don't know where they will go, and the cost of doing so might be high," said Phillips.

Moreover, the new houses are often more expensive than the old ones. Even a new patio home that might be smaller than an existing house could easily cost as much or more.

That's what happened to Jenn Busshart, who sold her North Tonawanda house in less than a week after deciding to downsize. She had more than five showings in one night after listing the house, and had an offer five days later for $90,000. But then she had 30 days to find a new home.

"It was real stressful," she said. "I was still wrapping my head around what I was looking for and then the house sold so quickly."

With help from Phillips, she and her boyfriend searched online, "went to every open house we could find" and "spent hours making lists going from this one to that one." Appointments would be canceled, as they'd quickly find that houses were put under contract before they could get to them.

She finally got one in the City of Tonawanda, for $114,000 – but only after offering to pay some of the seller's costs. Her new home, a 1,000-square-foot ranch, is smaller than her old one, even though she paid more in the end.

"We tried to put the cherry on top," she said. "That was nerve-racking. We tried to think of everything we could to try to help. It's crazy out there."