His family knew that he had been a prisoner of war, but Frank Louis Garguiolo didn't talk much about World War II until he was in his 70s.

Then one evening, looking pensively out a window after dinner in a restaurant, he said to his daughter, Deborah-Ann Garguiolo, "You know, I'm really lucky just to be here."

That thought unleashed a flood of memories that culminated in Mr. Garguiolo sharing his experiences, being honored on the House floor in 2017 by Rep. Brian Higgins, and, with Higgins' assistance, receiving the French Legion of Honor that same year in a local hospital.

Mr. Garguiolo died June 20 in Sisters Hospital after a year-long illness. He was one month short of his 95th birthday.

"It took my dad a long time to talk about his World War II experiences," said his daughter. "He did not consider himself a hero, although I do."

The harrowing story Mr. Garguiolo eventually told included multiple fierce battles with the 15th Infantry Regiment of the 3rd Infantry Division, one of the most decorated units of World War II. At age 19, already a corporal, he was trained as an anti-aircraft specialist and fought in the North Africa campaign, then moved to Italy, where he participated in landings in Naples, Anzio and Salerno. 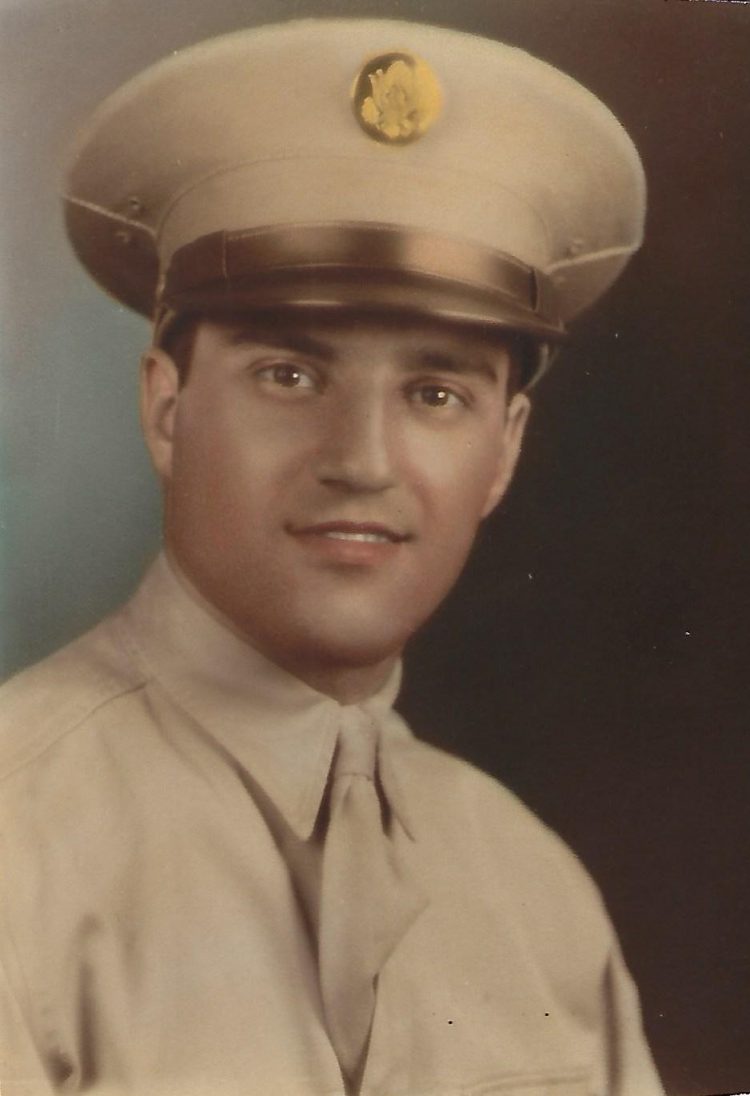 Mr. Garguiolo survived a beach landing in Cavalaire-sur-Mer in Southern France. Then, on Oct. 30, 1944, at St. Dié, France, he fought to his final round of ammunition while his entire squad was killed around him by dug-in German forces. He was hit in the shoulder and taken prisoner.

Mr. Garguiolo was held in Mossburg Prison in deplorable conditions and constant terror. Then the train on which he and fellow POWs were taken to Munich was strafed by Allied forces. In Munich, he was forced to do hard labor, excavating bombed buildings. The air raids on the city continued, endangering the prisoners.

He was held for six months in near-starvation and filthy conditions until early May 1945, when he and the other prisoners were liberated by Mr. Garguiolo's own 3rd Division. Their guards heard the American troops approaching and ran away.

Although he survived, he continued to pay the price, suffering from nightmares and permanent knee injuries from his time in captivity.

He received the Bronze Star and the Purple Heart with Oak Leaf Cluster, the POW Medal, the Combat Infantryman Badge, the Presidential Unit Citation and the European Theater Medal with three battle stars. Honorably discharged on Oct. 14, 1945, he returned home to Buffalo.

"He was very special and humble, very loyal and kind," said his daughter. "Despite having a lot of adversity, he was very stoic, he had initiative and drive."

In a statement, Higgins said, "Corporal Garguiolo’s story is one of incredible leadership and bravery.  The son of immigrants, he stepped up when his country needed him and served honorably in the United States Army during World War II. ...  For his service to this country and his role in the liberation of France, Corporal Garguiolo’s sacrifices were recognized with numerous commendations by not one but two grateful nations.  Our hearts go out to his daughter Debbie and the many others whose lives he touched.  His noble service lives on in the freedoms we enjoy and is an inspiration to us all.”

Throughout all Mr. Garguilolo's trials, "His tremendous love for Jesus Christ sustained and guided him," said his daughter.

When Mr. Garguiolo was captured, he was allowed to keep a rosary he had found in France and a children's prayer book he had received on his First Communion. On Sundays, his daughter said, he would lead the family in saying the rosary with those beads.

Mr. Garguiolo was born in Cheektowaga on July 11, 1923, the youngest of seven children of Luigi Garguiolo and Anna Pagano Garguiolo. When he was 11, his family moved into a house in Lovejoy where he lived the rest of his life. He attended Buffalo Public School 43 and Boys High School and was a graduate of Burgard High School. He was recognized as a child for his proficiency on the accordion.

After his father died when he was 12, Mr. Garguiolo took a job at Standard Mirror Co. before enlisting on April 8, 1943.

After returning home, he met Lillian L. Shivalone when his band was playing at a bar on Lovejoy Street, their daughter said. "It was love at first sight, and they married in April of 1949," Garguiolo said. Mrs. Garguiolo died on July 1, 2007.

Mr. Garguiolo worked at several jobs, including at Bethlehem Steel, before starting at the Buffalo Sewer Authority in 1955. He served as sergeant-at-arms in the Sewer Authority's union before retiring in 1981.

He played accordion professionally throughout his life. As leader of Frankie Garge and his Orchestra, he won a local Big Band competition in the 1940s. After the war, he resumed playing with that band, then played in the 1970s and 1980s with Frank Mack, said his daughter.

"Music gave him solace and happiness, and the accordion was his essence," Garguiolo said. Her father played every kind of music, from Polish and Italian to classical pieces and popular tunes.

He also loved the Erie County Fair, going nine times each year for the past three years for Veterans Day and to enjoy Chiavetta's chicken, Italian sausage and ice cream, said his daughter. Her parents rode the fair's merry-go-round when they were well into their 80s, she said.

Mr. Garguiolo was a member of the Pvt. Leonard Post Jr. 6251 branch of the Veterans of Foreign Wars and a national members of the American Legion and the Disabled American Veterans. He was a volunteer with the Scleroderma Foundation and an avid New York Yankees fan.

He was the brother of Alphonse, Mary Passariello, Joseph, Antoinette Avino, Anthony and Marion Fumanti. He is survived by many nieces and nephews.

A Mass of Christian Burial will be offered at 9:30 a.m. Saturday in St. Katharine Drexel Church, 118 Schiller St., Buffalo.