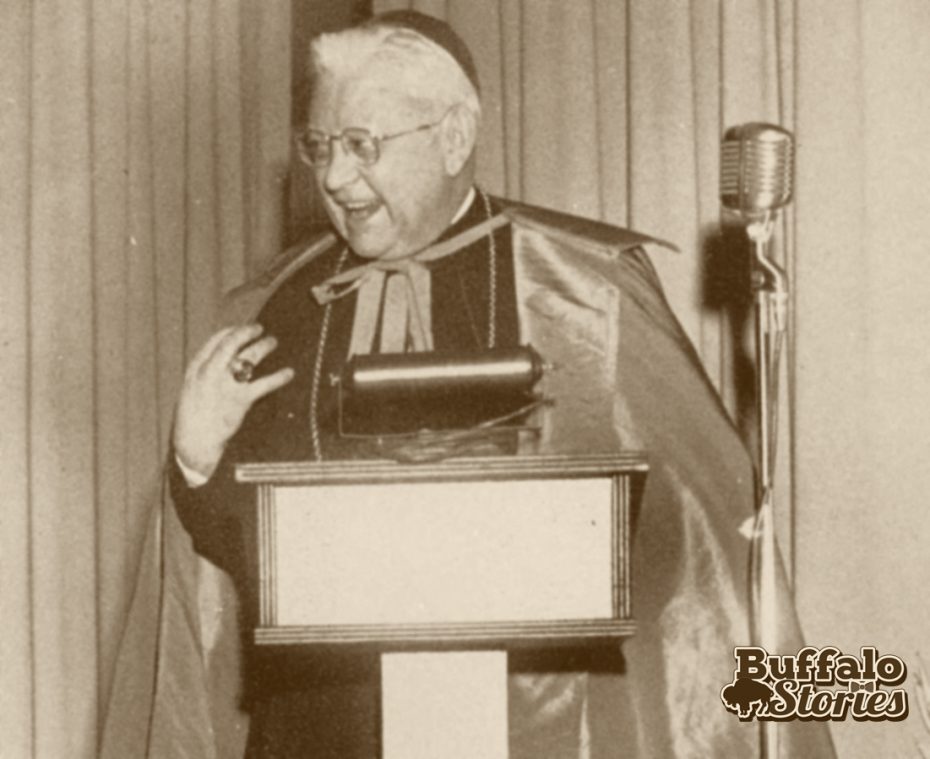 Bishop Joseph A. Burke issued an edict to all of Buffalo’s parochial schools banning the “Twist” from all school functions.

The ban came in the form of a memorandum from Msgr. Leo Hammerl, superintendent of diocesan schools, that read, in part:

His Excellency, the Most Rev. Joseph A. Burke, bishop of Buffalo, has directed the Department of Education of the Diocese of Buffalo, to communicate with all schools, elementary and secondary, the following regulation.

For a number of reasons, not the least of which is the development of pupils in a proper sense of decorum and good taste, the current popular dance, commonly referred to as "the twist” is not to be permitted at any school or parish dance.

The story was picked up by the Associated Press and carried in newspapers across the country. It was mentioned in the TV & Radio Mirror magazine.

The directive prohibited Catholics, "both young and old," from performing the dance, which was the biggest craze hitting the nation when the ban went into place. That weekend, no fewer than six clubs were advertising the "Twist” in The News. 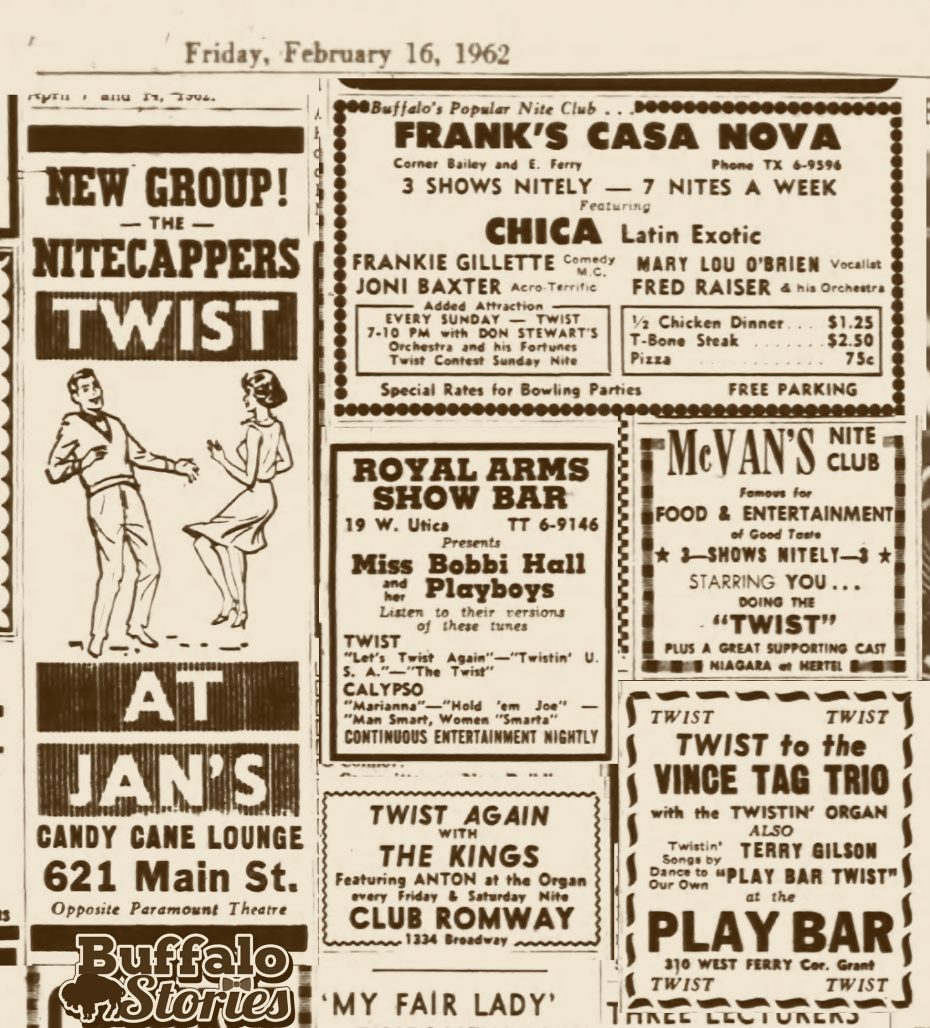 It’s not clear when or if the ban on the "Twist” was ever lifted for Buffalo Catholics.