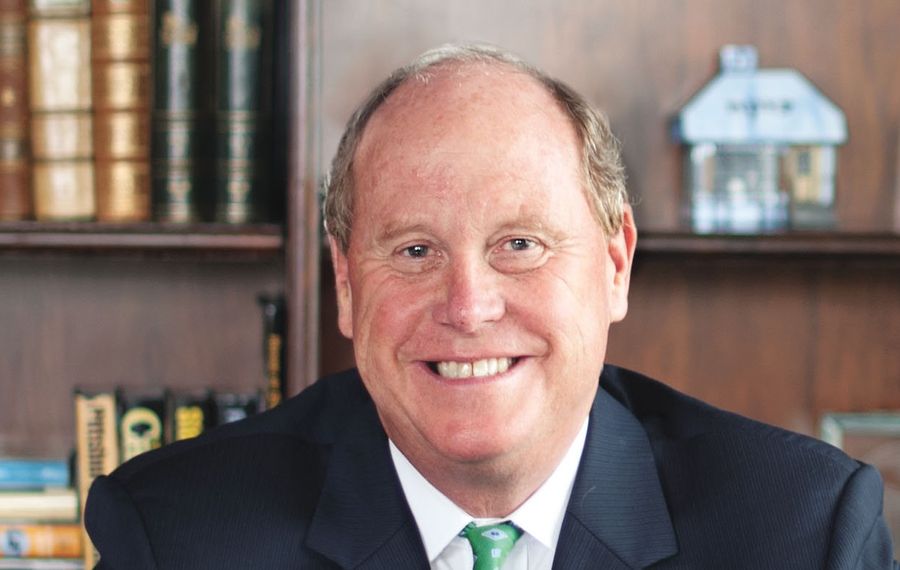 It's been two years since Pittsburgh-based Howard Hanna Real Estate Services came into the Buffalo market in force with its back-to-back acquisitions of Nothnagle Realtors and then RealtyUSA.

The dual purchases added upstate New York to the seven-state Hanna empire, which already included Rust Belt markets across Pennsylvania, Ohio, West Virginia and Michigan. So it's been familiar territory for the nation's third-largest real estate brokerage, which is accustomed to operating in slower-growth but steady cities.

Hanna executives say they couldn't be happier, based on all indications that the mergers have been smashing successes.

The company posted new records last year for sales volume and number of transactions, in its first full year of owning the two franchises. Hanna said it completed 97,005 sales transactions with a total value of $18.4 billion. That's an increase of more than 1,800 deals over the prior year, and marks the first time closed sales topped $18 billion in the company's 60-year-old history.

Even so, senior officials say, it's been a pleasant surprise just how well the Buffalo market in particular is performing, with home price appreciation of more than 12 percent in the past year – the kind of double-digit growth that is more typical of the "sand states" like Arizona, Nevada or Florida than upstate New York.

The company, which is the largest agency in New York, Pennsylvania and Ohio, now has 262 offices in eight states, with more than 9,200 agents.

Q: How is the housing market in Buffalo faring?

Hanna: Buffalo in particular is having just an incredible both residential and commercial rebound, far outpacing all the other markets that we're in, especially in price increases.

The average sales price for the first five months is up 12.3 percent, and by our prognosis, it's going to stay in that double-digit range through yearend, and it'll be the first time we've seen double-digit price increases in housing in many, many, many years in Buffalo. We're having the same price appreciation here as places like Phoenix and Denver and places like that have had in the past. It bodes very, very well for long-term real estate values here.

Even with prices going up 12 percent this year, which is healthy for the economy, it's still one of the most affordable cities in the country. Housing is one of the great assets we have as a region and people are seeing that. This is a very great place to live.

Q: How does Buffalo compare to your other markets?

A: The market is pretty good around the whole country in the markets that we're in, but in Buffalo, with the price appreciation, with the shortage of housing, when I see a shortage of housing like we have here, it should be a springboard to seed more new construction. I'm hoping that – we're seeing it in small stages – financing for construction of new properties is loosened up.

Where two years ago, you almost couldn't borrow realistically, as a small homebuilder, to develop lots or develop land or build houses, that has been slowly changing. Now the community banks, you saw some changes in the community bank rules that probably should be a stimulant to create more financing going forward to my builders, who build 10 to 12 houses per year to supplement the market inventory.

Q: Why is there a shortage of homes for sale?

A: It's not one answer. One major point is that during the Great Recession, there were roughly 5.5 to 6 million single-family homes, townhouses, and condominiums that were built but became investments after foreclosures.

So you take those 5 to 6 million houses, they've been taken out of circulation, where they would typically in this county turn about every seven or eight years. These are nice city and suburban houses. They're not rundown. They're real nice houses.

I met with Blackstone in New York to talk about this. Their average price that they paid for 90,000 houses, which they bought in 2008 through 2010, was $380,000. In today's market, they would be worth $550,000 on average. These are not rotten houses. Blackstone doesn't want to sell any of them right now, because they think prices are going to continue to escalate. They can get a higher number. So you take those houses out of circulation, and that's a lot of houses.

Then you talk about new construction. The new construction starts are so far off what they were in the peak year, which means nobody is putting new housing into the marketplace. Roughly 500,000 housing units are taken out of circulation every year from fire, water damage, or torn down. So you need at least 500,000 housing units to start a year just to keep up with the loss of housing. So new construction, except for the major corporate builders, has been almost non-existent. So that supply of housing hasn't been coming in to fill the voids.

Third, we have a lot of people, we find, in most of our markets, that would be typically empty-nesters but they don't have any place to go. An empty-nester stays in the same area and usually wants to go to something new. They want to go to one-story living, and things like that, and there's been very little of that built. Somebody who's coming out of a house they’ve been in for 20 years really is not gung-ho about taking another old house and redoing it. At that time of life, they want something finished.

So there are the basic factors that are creating a shortage of houses.

Q: How can that be addressed?

A: One of the things we're trying to get back to is people who were investors and bought houses, or who couldn't sell their house, in Williamsville eight years ago and decided to rent it and move to the next house, since they didn't have the ability to sell it. They forgot about those houses.

We're getting back to people with rental houses and saying, would you think about selling? When they see the price appreciation of 12 percent this year, coupled with the last five to six years, they should think about it.

It's a national problem. It's just not a Buffalo problem. The shortage of listings, it's way, way down in most markets. In Buffalo, it's down 20 percent from two years ago.

Every week, we have five to six offers on one house and that house sells, but usually that house is brand-new on the market. It sparkles. It's a shiny-penny house. and so if we had more inventory, you'd think those other four buyers that lost out on that house would be buying the next three weeks, and it hasn't been happening because the inventory hasn't been there

Q: Any trends you're seeing among the buyers?

A: The millennial buyers are especially interesting. They're buying a little bit older than Baby Boomers. They're waiting until they're 31 or 32. They're getting married later. That's why these apartments are filling up.

We're also seeing that that millennial buyer is traditionally buying what I would have bought my second home, as their first home. They're buying up.

Q: Is there less need for starter homes?

But what typically happens is they find they have to do too much work in that first-time house. That's another reason they're buying later. When they're 26 or 27, they're saying we can afford $200,000 homes. Nothing in new construction is even around that, and they're not finding those houses to be finished and ready to go. The millennial who's buying traditionally wants to move right in.

That's why you see some of these older neighborhoods, where the flippers come in and redo the houses and they getting big bucks in some neighborhoods, because that millennial buyer wants them. They want it finished. They like the charm and oldness of the house, but they want it new inside, and they want the coffee shop nearby.

Q: So how long will these trends continue?

A: As long as you have two huge population bases—the baby boomers and millennials—that are still active, even though they're buying different products, and as long as we have interest rates at levels they're at now.

And you have this huge influx of people coming through the buying cycle right now, so it should be strong the next five to seven years. I don't see anything macro that will change the market here.

Q: Turning inward, how has the merger integration gone?

A: We're three years into Nothnagle and two years into RealtyUSA. I think it's gone very, very well.

We've been able to bring new products to the field and we've been able to gain some great management people that weren't here before, and others in the ranks that were able to take on some more responsibility.

We just introduced Barristers, our title company, in Buffalo. That opened in Rochester earlier this year and in the rest of the country. So we're slowly integrating products like that. The growth in our commercial has been incredible.

We are anticipating probably announcing at least one to two more deals in New York, we hope in the next two months. I can't say who or where. I think part of those companies coming to us is because they saw the integration was going pretty well and saw first-hand that we're rocking and rolling at our place, and they want to be with us to have an opportunity together to grow.

So we're very excited about Western New York in particular. It's been a great market for us.