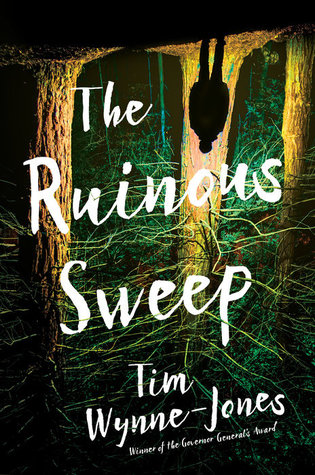 Dumped from a car on a lonely Ontario highway in the middle of the night, Donovan Turner tries to flag down a passing car, startling the driver and sending the car hurtling off the steep bank of the road. Donovan, who can barely remember his name and has only the foggiest memory of the last 24 hours, scrambles down to check on the driver, only to find him dead and his briefcase stuffed with cash.

Hearing sirens, Donovan takes off, beginning an exhausting and terrifying journey, a descent into Hell that will include a man in a rowboat, a murdered dog, a strange island retreat complete with red-headed temptress, a gun battle, even an inferno. At the same time, Donovan’s girlfriend Bee is keeping vigil in the hospital, even as the police arrive to question her about a homicide in which Donovan is the prime suspect. Bee knows Donovan is innocent, but can she figure out, from Donovan’s incoherent mumbling, any clue to what really happened?

Wynne-Jones brilliantly crafts this narrative, alternating between Donovan’s terrifying journey and Bee’s hospital vigil, fleshing out in glimpses the back story of Bee and Donovan’s love story, then turning full-throttle detective thriller as Bee starts her own investigation, putting together the pieces of Donovan’s ramblings with what she knows of his past. The suspense mounts as the novel reaches its pulse-pounding finale followed by a perfect, poignant postscript. 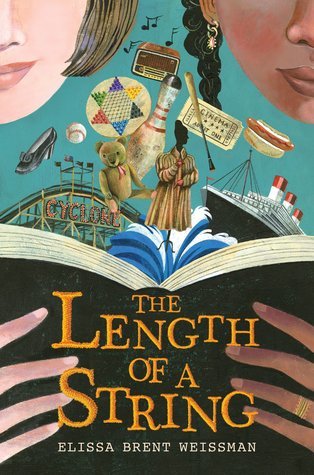 For her big bat mitzvah gift, Imani has only one wish: to find her birth parents. She loves her family and the extended family of the Jewish community in Baltimore and she knows such a search will upset her mother who is in the midst of mourning the death of her grandmother, Anna. Anna has left her great- grandchildren her books, and among them, Imani finds a diary Anna kept at age 12 in 1941, the year her parents sent her from Nazi-occupied Luxembourg to America to live with a cousin and his wife in Brooklyn. The diary is a voyage of discovery for Imani, who sees in Anna’s separation from her family an echo of her own unknown origins. Imani and her best friend are engrossed in Anna’s diary, shocked at her heartbreaking sudden separation from her parents and siblings, fascinated with her stories of her early experiences in this strange land and then, when the diary abruptly ends, obsessed with trying to learn more about what happened to Anna’s family. Brent Weissman has written a lovely story of families of all kinds, of questions of racial and religious identity, of belonging and connection, of love between mothers and daughters.