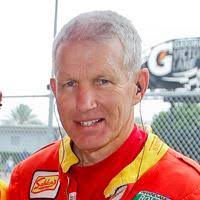 Lowdown: Sahlen is president of Buffalo-based Sahlen's Packing Company. He has been a driver and sponsor of various sports car racing activities for many years. After becoming title sponsor of the Sahlen's Six Hours of The Glen in 2002, Sahlen began his driving career in 2005 at the age of 52 when he partnered with Phoenix ProMotions to form Team Sahlen. Sahlen campaigned as a co-driver in the GT class of the former Grand-Am Rolex Sports Car Series from 2006-2012 and then moved to the Daytona Prototype competition in 2013. In 2014 and 2015, Sahlen moved to the Continental Tire Sportscar Challenge ST class. After leaving the Continental series midway through 2015, Sahlen has been co-driving Porsche Caymans the last few seasons in American Endurace Racing and a Mazda Rx-7 in the ChampCar Endurance Series.

Accomplishments: Sahlen won the very prestigious Bob Snodgrass Award of Excellence in 2011 for outstanding contributions to sports car racing. He recorded consecutive 10th place class GT finishes in the Sahlen's Six Hours of The Glen in 2009 and 2010. This past April, Sahlen co-drove and won both AER Class 5 races held during the Sahlen's  Sports Car Springfest at The Glen.

Favorite food: What else? "Hot dogs."