You could also label Rep. Brian Higgins of Buffalo the state’s most disappointed Democrat after Tuesday’s stunner of a primary in Queens ended the career of his longtime friend and colleague – Rep. Joseph Crowley – who had been prominently mentioned as a possible speaker of the House.

For Nixon, Tuesday's victory by a far left challenger who calls herself a socialist could point to a November wave that is not only blue but washing over the leftward shore. The actress-activist was already crowing on Wednesday that Ocasio-Cortez’s win among voters who usually don’t lean as leftward as others in New York City serves as an optimistic harbinger.

As she challenges two-term incumbent Gov. Andrew Cuomo in the September primary, Nixon called the results in the Queens-Bronx district a “victory for the people over the powerful, for the grass roots over the establishment, for progressive Democrats over corporate Democrats.”

“This is what happens when you give people a choice. They show up and they reject the status quo,” she said. “They reject the career politicians who have been financed by big banks, luxury real estate developers and multigenerational political machines. They choose a progressive woman who rejected corporate money, and ran a grass roots campaign that envisions a progressive New York that serves the many, not just the few.”

One New York Democrat familiar with the situation, who asked not to be identified, pointed out that Crowley recognized early in the race his opponent’s potential for a strong showing. Vermont Sen. Bernie Sanders, also a far left socialist, won 42 percent of the presidential primary vote in the district in 2016, he said. As a result, Crowley spent $1.5 million in the race.

Demographic changes also favored Ocasio-Cortez, as did the rebellion against establishment candidates (Crowley was fourth in line in the Democratic House leadership and chairman of the Queens Democratic Committee) in other primaries around the state.

The observer pointed to wins by Joseph Morelle in the Rochester-Finger Lakes area and Carolyn Maloney in Manhattan with tallies less than normally expected. And he agreed that Cuomo should take notice of the Ocasio-Cortez challenge and her similarity to Nixon.

“Joe Crowley should be the canary in the coal mine for Andrew Cuomo,” he said. 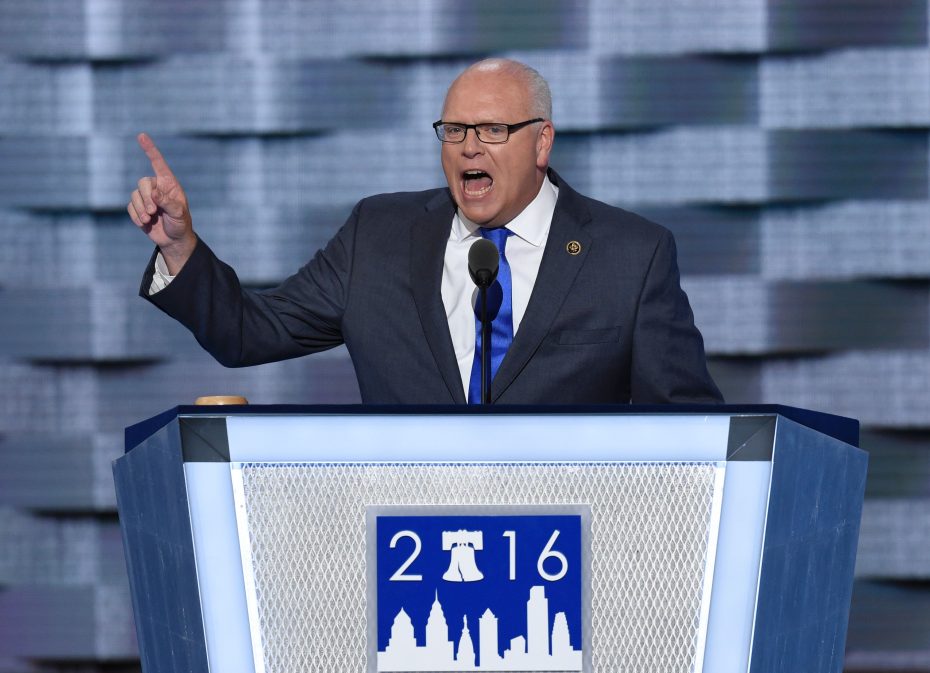 “The lesson is there is an energy and enthusiasm by Democrats who have been radicalized by Trump,” he added, “and that is certainly manifesting itself in New York.”

The Ocasio-Cortez platform mirrors much of what Nixon emphasizes in a campaign against Cuomo that is gaining significant media attention but is not yet taking off.

The latest Siena College Research Institute poll shows Cuomo leading Nixon 61 to 26 percent. But Nixon points out that she and the new Democratic candidate for the House talk about many of the same objectives. Both reject corporate donations, support abolishing Immigration and Customs Enforcement, seek divestment from funds managed by firms that hold Puerto Rican debt, and want single-payer health care and renewable energy.

“I don’t see the parallel,” he said Wednesday. “In the governor, we have an extremely experienced person who knows how to run statewide and how to win statewide. And there is no stronger champion in the nation in fighting for progressive values.”

Indeed, Cuomo began flexing his political muscles and spending the more than $30 million in his campaign treasury Wednesday with new television ads making their debut on Buffalo and statewide airwaves.

After all, he said, he and Crowley were on very different career paths.

Higgins said he has gravitated toward other community-oriented “workhorses” while Crowley rose in the House leadership.

“While Joe and I were very good friends, our lives have been different here,” Higgins said. “He was required, socially and otherwise, to do different things.”

The two men met even before that. Richard Keane, the late state assemblyman from South Buffalo, served as something of a mentor to Crowley when the two men served together in Albany. And Higgins, who replaced Keane in the Assembly, traveled in the same circles and soon came to bond with Crowley over their mutual love of Irish history and Bruce Springsteen.

“I can remember nights at Dick Keane’s house,” Higgins said. “Joe would be there, we’d play the guitar. It was a lot of fun, a lot of friendship.”

So in 2004, when Rep. Jack Quinn announced his retirement, Crowley called Rep. Bob Matsui, then head of the all-important Democratic Congressional Campaign Committee, and gave Higgins the boost he needed over other local Democrats who coveted that House seat.

Asked why he thought Crowley lost, Higgins said he faced a charismatic young opponent in a district that had changed since Crowley joined Congress two decades ago. No longer was the district heavily Irish Catholic; instead, it was increasingly Hispanic – as was Crowley’s primary opponent, Ocasio-Cortez.

On top of that, Crowley faced the inevitable tensions House leaders face.

“Joe fought to get back to Queens as much as he could but for those in leadership, there’s a gravitational pull here,” Higgins said. “It’s not the life that I would want, but it’s the life that he chose.”

Higgins sensed that Crowley might face a tough primary recently, but others in the Queens congressman’s orbit didn’t.

“It’s the fallacy of invincibility,” Higgins said. “Joe Crowley is such a big personality and so well-liked that it lulled a lot of people into a sense of complacency.”

Crowley’s defeat not only removes Higgins’ closest friend from Congress, but it also removes the Democrat most likely to succeed House Minority Leader Nancy Pelosi as the chamber’s top Democrat.

Higgins – who just two weeks ago said he would not back Pelosi for another term – insisted that other potential Democratic leaders will emerge, such as Rep. Karen Bass of California or Rep. Seth Moulton of Massachusetts.

And Crowley’s political career is not necessarily over, either, Higgins added.

A run for governor or mayor of New York City could be in Crowley’s future, Higgins said.

“I think he’s a gifted guy,” he said, “and I think he will have a very successful post-congressional political career.”