I’ve often wondered why Cheap Trick takes on tours opening for bands unfit to tie any of the band-members shoelaces.

At the mid-point of the group’s set opening for Poison at Darien Lake on Tuesday, it occurred to me that perhaps the band is taking subversive pleasure in, say, performing an edgy, alt-punk Velvet Underground tune for a hair-metal crowd, which is what it did, to largely head-scratching reception.

Oh well. I thought it was completely brilliant.

Cheap Trick utterly eviscerated Poison on Tuesday with a 12-song set powered by Robin Zander’s jaw-dropping, supremely virtuosic singing. The Velvet Underground cover – "I'm Waiting for the Man," sung by bassist Tom Petersson – came in the middle of a set that included early classics ("Hello There," "Big Eyes," "Southern Girls," "I Want You to Want Me"), recent fare ("Blood Red Lips," "You Got It Goin' On," "The Summer Looks Good On You") and deep cuts ("He's A Whore").

At first, the crowd – clearly there principally for headliner Poison – seemed indifferent, though Zander worked them masterfully as the rest of the band settled into its trademark raucous marriage of Beatles, Who and Move influences.

However, once Zander launched into the mixed blessing '80s power ballad "The Flame," the place finally erupted, and Cheap Trick owned them from that point onward, leaving the stage to a thunderous ovation after an encore of "Surrender." 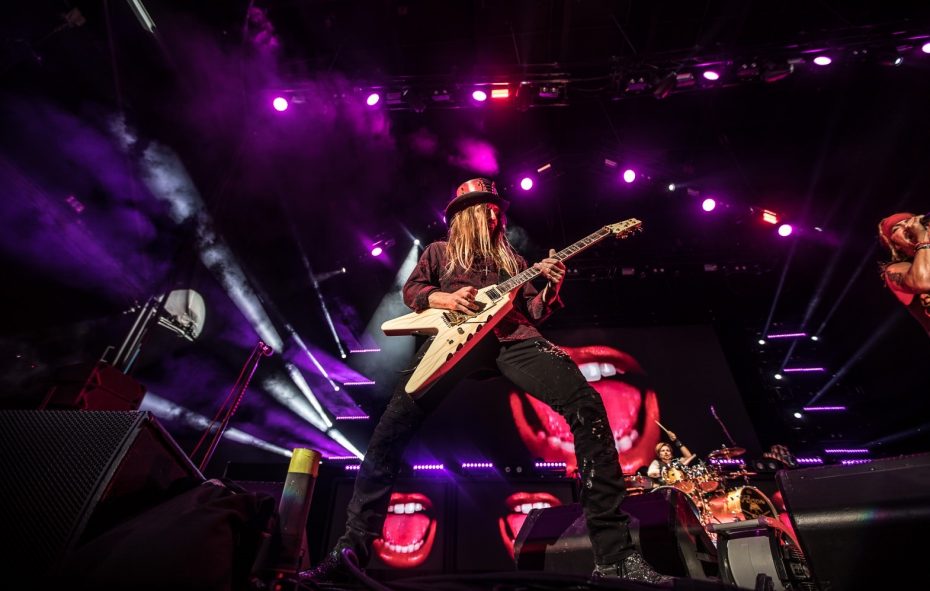 It was Poison's crowd, to be sure, and that band delivered what its fans seemed to want from the get-go – glammy pop-metal, gritty hard-rock and the odd pseudo-country/metal ballad, all driven home by unflaggingly enthusiastic, bandanna-sporting front-man Bret Michaels.

If the band was at all disappointed with the size of the crowd – the inside of the amphitheater was full, but the lawn was virtually empty – it never showed as it tore through favorites like "Look What the Cat Dragged In," "I Want Action," "Ride the Wind" and "Talk Dirty To Me."

What Poison lacked in originality, depth and musicianship, it made up for with sheer heart and endless enthusiasm.