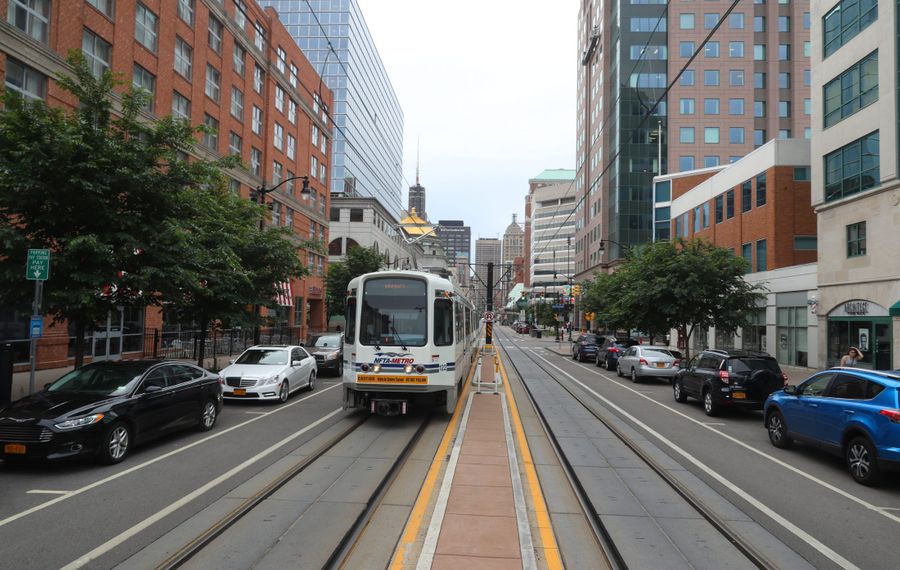 Buffalo Place is once again seeking $500,000 through the state's New York Main Street grant program to support facade renovations and other improvements on several blocks of downtown Buffalo.

The nonprofit business improvement district, which has administered the program in Buffalo in the previous efforts, is planning to submit an application for money to cover an area of Main Street from Seneca Street to Goodell Street.

"It's made a difference for projects where they just needed a little extra funding to make a project happen," she said. "It's a wonderful program from the state."

A host of property owners used the funds from prior initiatives to improve their buildings and appearances, particularly as the Cars Sharing Main Street project was bringing auto traffic back to that part of downtown Buffalo.

"It's a fabulous option for gap financing, and we know even now that the rent doesn’t always cover renovation, because we're still a lower-market-rate city, so it's been a really important program to make some projects happen," she said.

Winners will be announced in the fall, with the two-year grant awarded in January. After some initial logistical preparation and environmental reviews, Chernoff said she hopes to start seeking applications from property owners on Main Street as soon as March 2019.

"It's so competitive, we don't know what they're going to give us, or whether we'll win," she said.

As in the past, Buffalo Place will use an advisory committee of architects, preservationists, environmental experts and real estate professionals to review and rate the applications before officials allocate funds.