I've been going to Lewiston regularly since moving to Buffalo in 1990. Yes, it was Artpark that drew me first, its broad roster of concerts appealing to my eccentric musical taste, running the gamut from jazz to heavy rock, R&B to folk, and nearly everywhere in between.

It didn’t take me long to ascertain a sort of "sub-vibe" in the region, however. On its surface, Lewiston offers the appearance of a quaint New England village surrounded by stunning natural beauty.

But beneath the obvious, a certain power and energy can be detected, as if the earth itself is vibrating to a different frequency in that area where the mighty Niagara Falls pushed its way southward over thousands of years, creating the Niagara Gorge in the process, and leaving behind a physical beauty belied by the raw and awesome power that crafted that beauty.

One need not expend much effort in order to feel the rich history of the region and to acknowledge – perhaps "tune in to" is the better way to describe it – the deep Native American traditions that formed a fragile but profound sense of respectful symbiosis between the land itself and the people that populated and took sustenance from it. This is Seneca and Tuscarora Nations territory. Be still, and you can feel it.

On a profoundly beautiful June afternoon, I pulled into town looking to spend 90 minutes soaking up the village's chilled-out vibe, and hopefully, timing everything perfectly so I could end my sojourn at Artpark, in time for one of their twice-weekly outdoor summer concerts.

I'd made my itinerary with volition and purpose, but I was waylaid by the beauty, by the vibe, and by my own reverent reflections on what this land still symbolizes, as the day wore on. I wouldn’t have had it any other way.

I thought I'd start out quietly, spending some time in the stacks of Lewiston's public library, primarily because being around books has always made me feel centered and at ease. But man, did I get a serious vibe in the library itself. The place just felt like it was humming.

I learned later the library has a history of what some have called "paranormal" activity. This raised some goose-flesh, particularly when I happened upon a 2016 piece in the Niagara Gazette that cited the transfer of artifacts from a nearby Native American burial ground to the library as one possible reason for said activity. The piece revealed that a staff member had reported hearing "native drums from a particular spot in the building."

While my own experience was not so clearly defined, I'd be lying if I said I didn’t feel something during my 20 minutes in the library.

I should note the feeling wasn't a negative one, but I left feeling humbled and a little bit dazed. 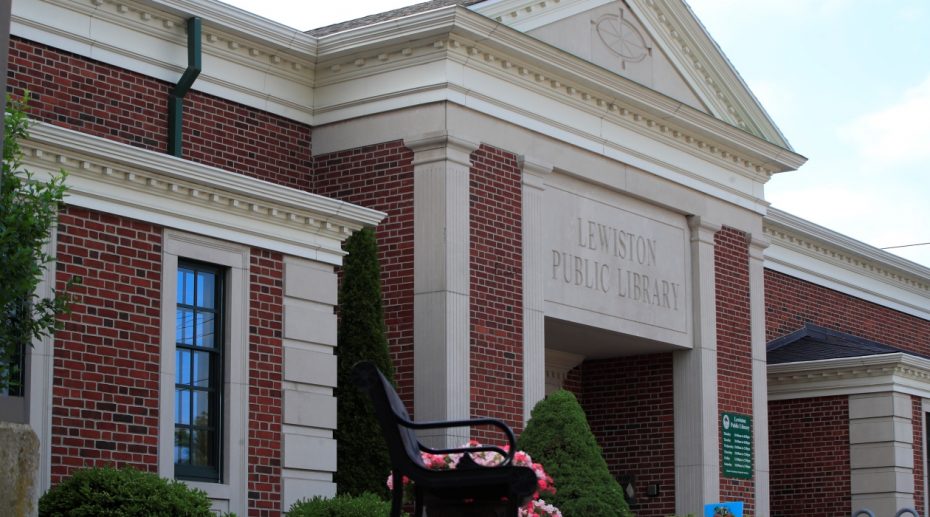 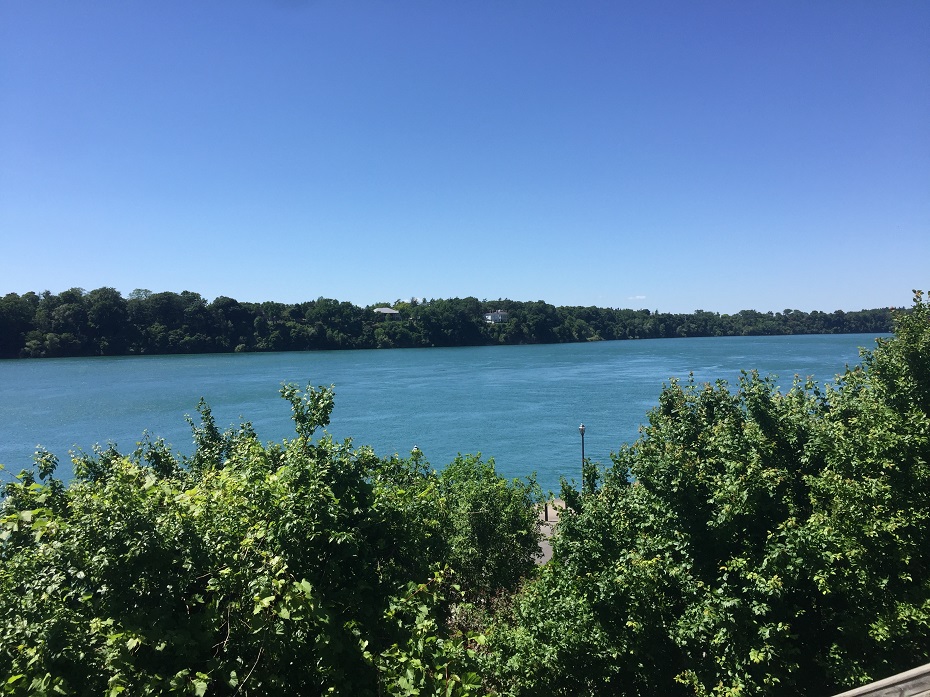 The view of the Niagara River from the patio of the Silo Restaurant in Lewiston. (Jeff Miers/Buffalo News)

Senses heightened, I thought I'd bring the proceedings back down to earth a bit with a stop at the legendary Silo Restaurant, located directly on the banks of the Niagara River.

Nothing too fancy, food-wise, but my previous stops at the Silo over the years brought about a wistful reverie, and reminded me of being a kid, being near the water in the summertime, and being with my parents and my brother.

I was alone on this beautiful afternoon, but being alone doesn’t bother me, particularly when I have a book and a good pair of headphones. So I ordered the Silo Burger, a mildly indulgent side of onion rings, and a crisp, cold can of Heineken.

While I ate, I listened to Joni Mitchell's "Hejira" and stared out over the sublime river toward the banks of Canada. Bliss. 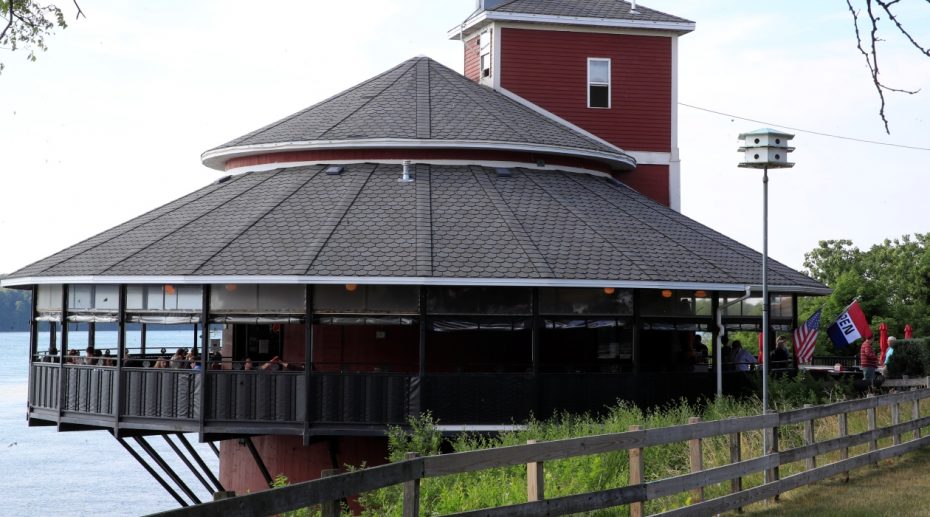 Post-meal, I grabbed my Heineken, intent on walking through the small park between the Silo and its neighbor to the north, Water Street Landing. Flights of stairs led down directly to the water's edge, and I wanted to get close enough to hear it, to smell it, to raise a toast to it, and to indulge in the sense of well-being doing so always brings me. I was waylaid by something I'd never noticed before, however.

A striking bronze work flanked the river, one of its main figures pointing across the water toward the banks of Canada, and to that figure's right, what appeared to be an African-American man following the arc of the gesture, while a woman seated in a boat held her outstretched arms toward another man who was holding a small child. A plaque in front of the sculpture revealed it to be "The Freedom Crossing Monument."

Though I'd promised myself to keep my phone turned off during my tour, I switched it on and looked up the history of this monument that had stopped me in my tracks. It turns out it was created by Youngstown artist Susan Geissler, as a tribute to the volunteers – many of them Lewiston townspeople – who'd helped African-American slaves escape to Canada, via the Underground Railroad.

I couldn’t help but contemplate the news of the day – children of immigrants being forcibly separated from their parents and held in pens; words of hostility being directed at the very Canada one of the bronze figures pointed toward, as the embodiment of freedom – as I stood there.

I wish I could say I had some sort of epiphany, but mostly, I just felt sad. 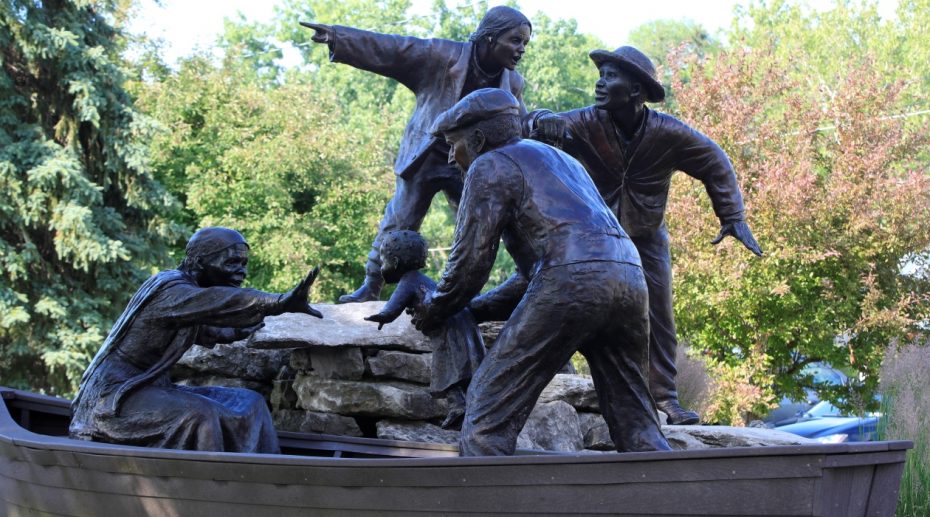 I'd planned to stop at another favorite haunt – the Brickyard Pub & BBQ (432 Center St.), which debuted its brewery last year – for a quick pint prior to making my way into Artpark for the concert, but I was a bit tight on time, so I headed straight down Fourth Street and hiked the grounds of the beautiful park, arriving at the gates just as they opened for the show. Perfect.

I'll be back, Lewiston, beyond a doubt. I feel like we've still got some unfinished business. 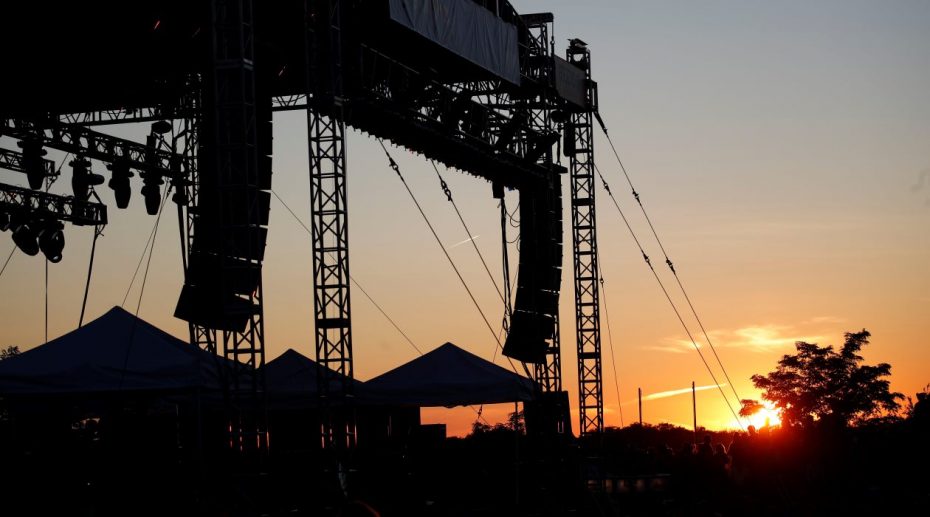 The sun sets behind the stage at the outdoor amphitheater at Artpark. (Sharon Cantillon/Buffalo News)