Signs in Broderick Park posted on a metal railing along the Niagara River warn of swift water and prohibit swimming.

But some of the red letters on a warning sign near where two men drowned Monday have worn off. A ladder gives access to the water.

And there's little to stop people from getting in the water, where swift-moving waters can exceed 12 mph despite a deceptively calm appearance.

"Everyone here knows how fast this current is," said Ralph Jones, 66, a retiree from Buffalo who said he has been coming to Broderick Park his entire life. "So many people have died in this water right here. So, so many over the years."

The two men who drowned, identified by police as 29-year-old Mario Guthrie and 46-year-old Scott Vater, both of Buffalo, were pulled from the river about an hour after police were called to the scene at the foot of West Ferry Street at 4:37 p.m. on Monday.

The men had to climb over a railing to get into the water, said Buffalo Police Capt. Jeff Rinaldo. The water is roughly 15 to 20 feet deep in that area, and the swift-moving current can exceed speeds of 12 mph. Eddies in the area have an undercurrent that pulls toward the river and down.

"They were in an eddy, so they didn't see the current," Rinaldo said.

The men went out into the water between 10 and 15 feet from the shore, Rinaldo said. Divers from the Buffalo Police Underwater Recovery Team pulled the submerged bodies to shore.

On Tuesday morning, about 10 to 15 fishermen lined the railing at the park, many using plastic buckets and nets to troll. Larry Toni, a retiree from Amherst, said he comes to Broderick Park to fish just about every day. He was there Monday when the drownings happened.

He said he saw a young man with a rope on him, but the rope got tangled, and an older man "jumped in after him." Toni said he initially thought the two were trying to get a fish in, but then he saw one of the man's arms.

"I heard them screaming. I grabbed my net and started running. It was too late, I couldn't get there in time," he said.

The site of Monday's drownings is in the same section of the river where Buffalo Police Lt. Craig Lehner disappeared during a training exercise for the dive team in October. His body was recovered five days later down river about 160 feet from shore, near Acqua Restaurant on Niagara Street.

The police Underwater Recovery Team has not trained in the Niagara River since Lehner's death. Monday's incident was believed to be the first time the team has gone back into the river in the eight months since the death of their colleague.

"I'm sure it was emotional for members of the team and I'm sure the reality sunk in yesterday when they got home," Rinaldo said. 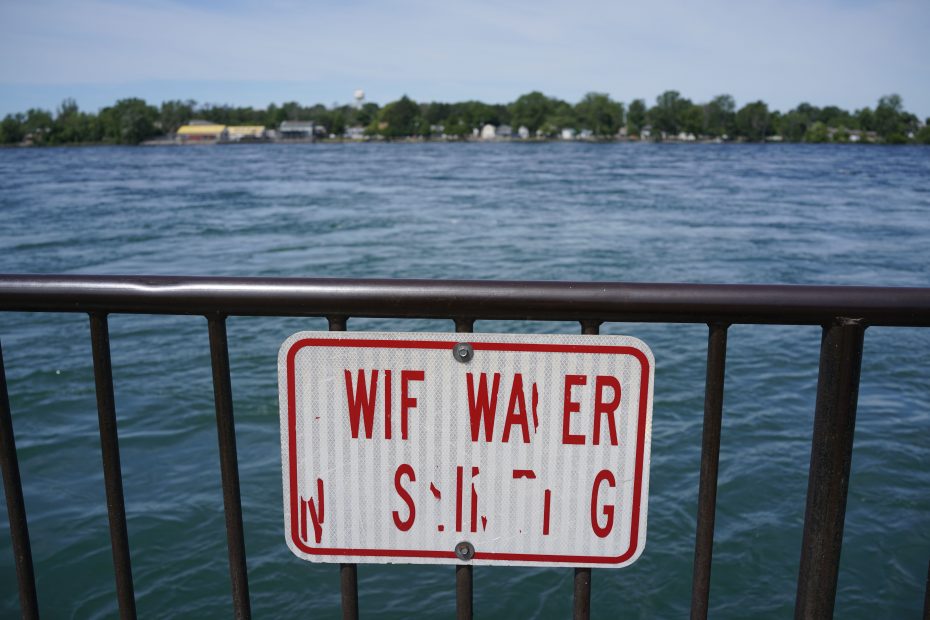 A damaged sign on the fence of the Niagara River shoreline is supposed to read "swift water no swimming" in Broderick Park at the foot of West Ferry Street. (Derek Gee/Buffalo News)

Police officials said it is not common to see people entering the river in this area. More frequently, individuals jump into the Black Rock Channel on the other side of the island. The water there appears to be calm but it has undercurrents and is just as dangerous as the river, Rinaldo said.

He said it was "hard to believe anybody would venture into that water given the amount of press coverage of the tragedy last year with an experienced police diver losing his life in that water."

The ladder, which is located in a notched-in corner of the cement wall along the river, is easily accessible; one needs only to go over a waist-high fence to be able to reach it.

Most fisherman at the site on Tuesday said they rarely see anyone getting in the water via that ladder.

Toni echoed others who have said that there should be a life preserver in the area of the ladder, where he has seen some people descend to get minnows.

Francis Harrington of Buffalo, another fishing regular at Broderick, said that there was a time that there wasn't as much debris and driftwood in the area by the ladder.

"The city used to clear all that debris out of there," said Harrington. "If that wood wasn't there, them guys couldn't have gone down there. They used to clean it up, they stopped. They should clean it out." 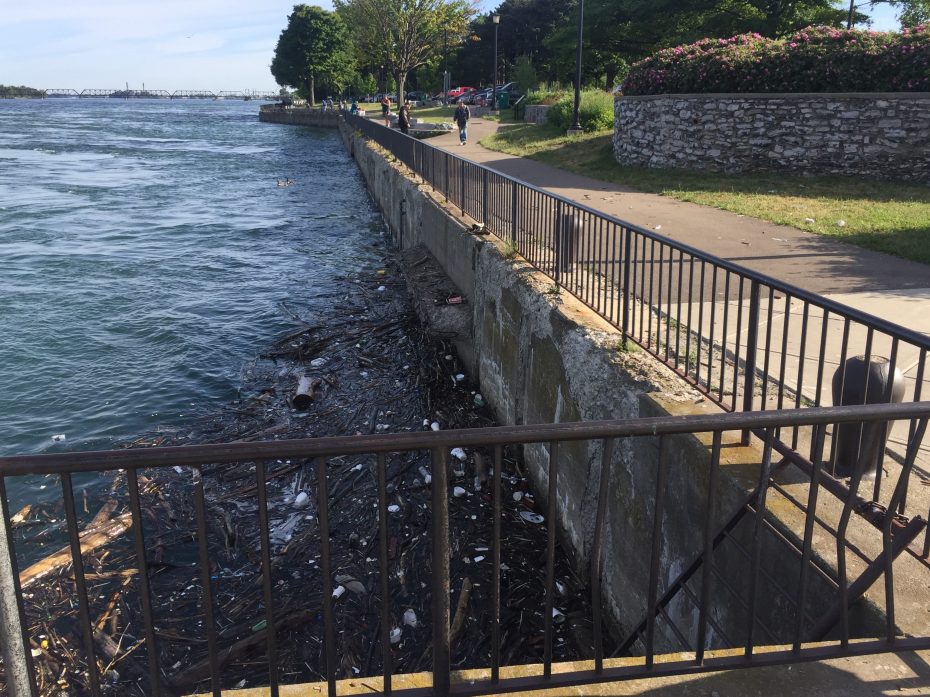 The ladder at Broderick Park, accessible only by climbing over the railing, can be seen in lower right of this photo. (Keith McShea/Buffalo News)