Hans J. Mobius and his trademark roadster would be seen all round the city during the late '60s and beyond delivering orders for his business, Copycat Print Center on Elmwood Avenue.

The 1929 Model-A with its industrial green body, black fenders and matching roof was not your average panel truck, but Mr. Mobius was far from ordinary, said James Sandoro, his friend of 50 years.

"That's the character he was; he loved to meet his customers," said Sandoro, an automobile collector who operates the Buffalo Transportation Pierce Arrow Museum. "He was a very influential to me in the early years. He also kept bugging me to open the museum."

Mr. Mobius, who appreciated antique cars, the power of public awareness and the lure of equine sport, died Friday in Veterans Affairs Medical Center. He was 84.

Born in the Bronx he was raised in North Bellmore, Long Island and served in the United States Air Force from 1953 to 1957. As an airman second rank, he entered the Air Force Reserve and was stationed at Niagara Falls Air Force Base from 1957 to 1961.

He studied business management at the University of Buffalo. 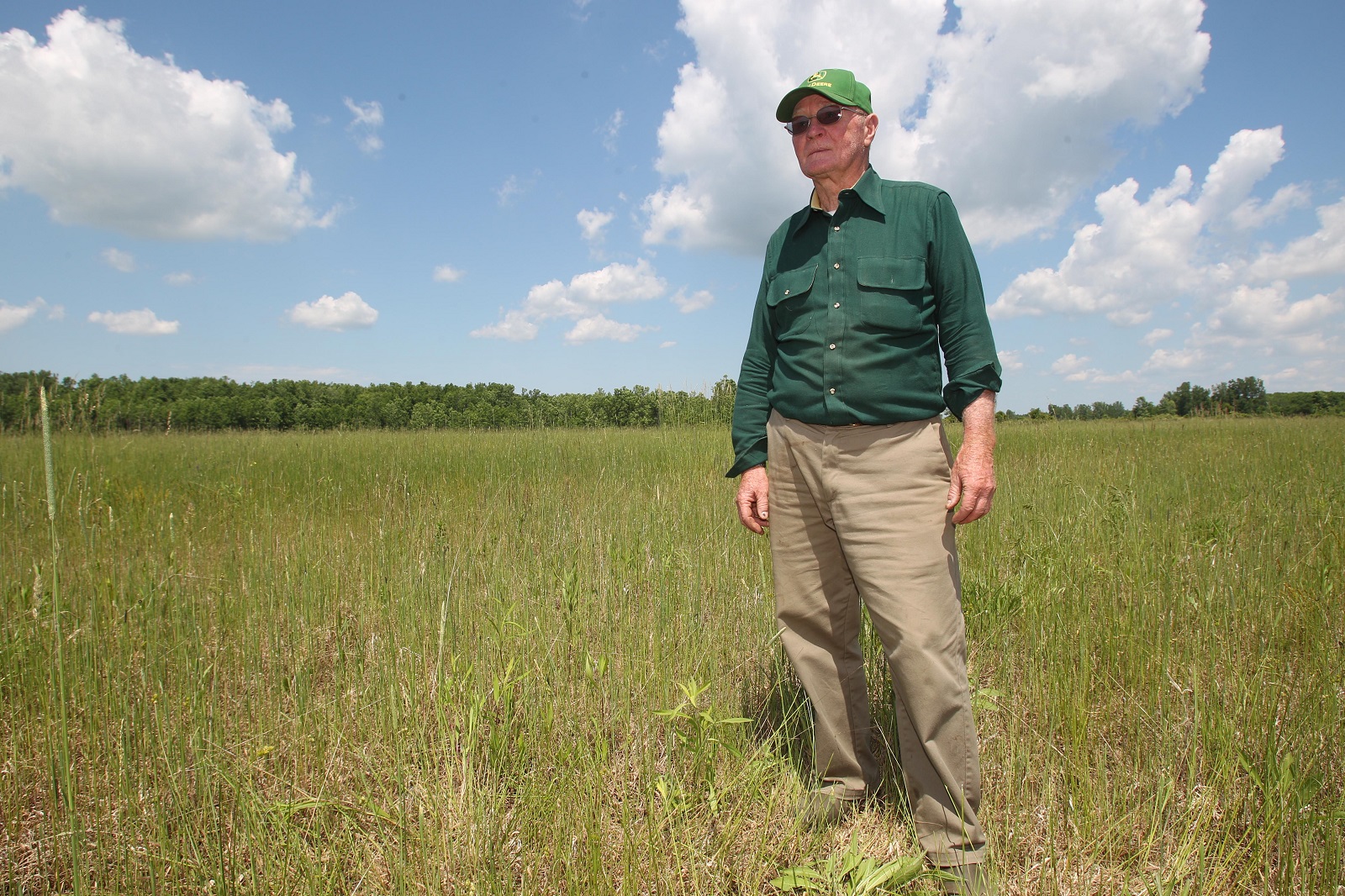 Hans Mobius on his horse farm in Clarence in 2012. (Sharon Cantillon/Buffalo News)

Mr. Mobius married the former Janet Fries on Sept. 11, 1965 and they made their home in Buffalo, where he became involved in a variety or pursuits, said Pam Armstrong, his daughter.

It didn't take long for Mr. Mobius to become a fixture of the Elmwood business community. He owned Buffalo Office Supplies and Copycat from 1967 to 1998. During that time, his civic mettle put him on the forefront of many community issues.

Mr. Mobius was drawn to politics running several times for public office and campaigning for other candidates.

"It wasn't really about winning; it was about raising awareness of a particular process," said Armstrong. "He did that to bring attention to a matter or situation or to a political race."

When Mr. Mobius challenged incumbent County Executive Dennis Gorski for the Conservative Party nod in 1991, a billboard on Kenmore Avenue and a banner flown over the former Pilot Field ballpark asked: "Who is Hans Mobius?"

Mr. Mobius served as chairman of the Erie County chapter of the [Ross] Perot for President Committee in 1992.

As a resident of Lincoln Parkway in 1993, he urged the Common Council to delay a $300,000 development project that would add a stage to Shakespeare in the Park, saying that the free theater program in Delaware Park had to be "reigned in."

And in November 1995, Mr. Mobius sought a reduction in the size of the Common Council during his campaign for council president. He also lobbied to expand Metro-Rail to Niagara Falls to encourage extended visits by tourists.

Underlying his public persona was an intense passion for horses that ultimately led to the purchase of a 100-acre Maple Row Horse Farm in Clarence.

"He actually was a trainer at [the former] Buffalo Saddle and Bridle Club," said Armstrong. "He rode horses, trained horses and taught horseback riding. That's what we've being doing since the move to Clarence, 1999."

Mr. Mobius also began to raise Japanese Black Wagyu cattle, said Armstrong, who compared the beef they produce to Kobe because it "melts like butter," she said.

Mr. Mobius won the prestigious Antique Auto Club of America National Award with his 1912 Pratt that is now on display at the Ruthmere Museum in Elkhart, Ind. He served as a board member for: Buffalo Transportation Museum, Buffalo Equestrian Center and Antique Car Club of America.

He was past president of the Erie County Farm Bureau and Pierce Arrow Society of Buffalo. He served as chairman of New York State Farm Bureau Equine Committee.

Mr. Mobius was a member of the Clarence Ethics Committee and Zoning Board of Appeals and Delaware Park Steering Committee.

Surviving Mr. Mobius, in addition to his wife and daughter, are a son Hans Joachim Mobius Jr.; and two brothers, Paul E. and J. Mark.

A memorial service will be held at 4 p.m. Friday in Forest Lawn Chapel, 1411 Delaware Ave.