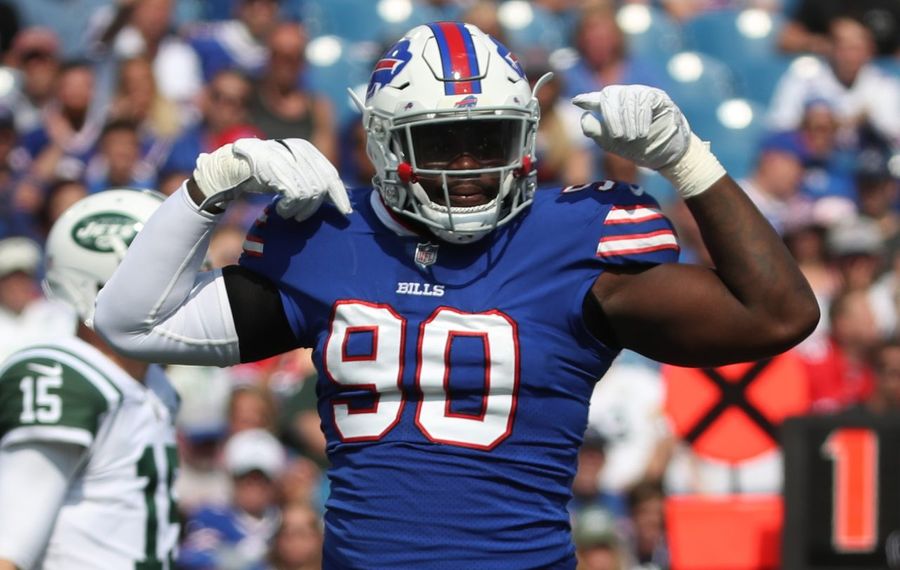 This is the sixth of a series previewing each position on the Buffalo Bills before the July 26 start of training camp.

The Buffalo Bills made defensive end a big priority this offseason. The headline move was the signing of Trent Murphy in free agency, but that wasn’t the only addition at the position.

Eddie Yarbrough was retained, while Owa Odighizuwa and Terrence Fede were brought in to compete for depth roles behind starters Shaq Lawson and Jerry Hughes. Entering his third season, Lawson will be under plenty of pressure to produce at a greater rate than he has in his first two years.

The same can be said for Hughes, who has just 15 sacks the past three seasons after recording 20 in his first two years in Buffalo. He has the biggest cap hit on the team at $10.4 million.

What the numbers say: The Bills ranked tied for 29th in the NFL with 27 sacks.

What to expect: Competition. Hughes looks relatively secure as one starter, but Murphy could push Lawson for the job opposite him.

Murphy was limited in practice during the spring as he recovers from the torn ACL that caused him to miss the entire 2017 season in Washington. His breakout season came in 2016 when he made nine sacks after combining for just six over the first two years of his professional career. A three-year contract worth up to $22 million shows that the Bills have a big role for him in store.

"What I think coach is looking for here as far as a scheme (is) guys that are passionate," Murphy said after signing. "Kind of just that tough, blue-collar mentality, winning, playing together, just competing.”

Lawson has said all the right things about entering a make-or-break year, but has to show that’s more than just talk. He wasn’t drafted by the current front office, which has shown no hesitation in moving out players who don’t fit its plan.

Sack totals are not the end all, be all for a defense, but certainly the Bills need to improve on the 27 they had last year. That starts with the defensive ends.

The competition isn’t just for starting jobs, either.

Odighizuwa spent 2017 out of football but impressed enough in the spring to earn some snaps with the starting defense. Fede appeared in 51 games for Miami over the last four seasons, so he brings plenty of experience to the competition. They figure to compete with Yarbrough for possibly just one spot in the team keeps four at the position.